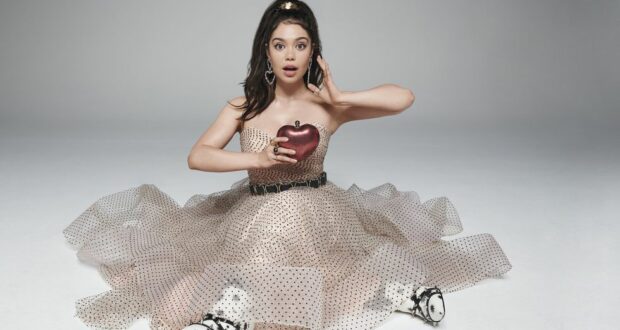 Most Disney fanatics already know Auli’i Cravalho as the Hawaiian teenager who got spotted in a high school talent show and was swept off to Hollywood for a leading Disney princess role out of the blue. The actress is known for that 2016 role in Moana opposite ‘The Rock’ Dwayne Johnson, but she’s also known for her cheery nature and her impressive singing skills; she even performed Moana’s power ballad ‘How Far I’ll Go’ at the Academy Awards!

Now, Auli’i is using her voice acting abilities again–this time for an animated show from Disney Branded Television called ‘Hailey’s On It!’, which is “an original animated comedy-adventure” according to Deadline.com. The show will also include Manny Jacinto as Scott, “Hailey’s best friend”, and comedian Gary Anthony Williams as Beta, “an artificially intelligent operating system from the future”.

Auli’i Cravalho shared the news on Instagram with a screenshot of the article and the following caption: “I’m over the MOON about this project!!! 🤩🥳 Scott (@mannyjacinto), Beta (@garyanthonywilliams) and I are tackling hundreds of crazy-cool tasks in order to save the world. 🌎💥And we’ve already gotten started 😉 Can’t wait for y’all to catch up with us in 2023!!” 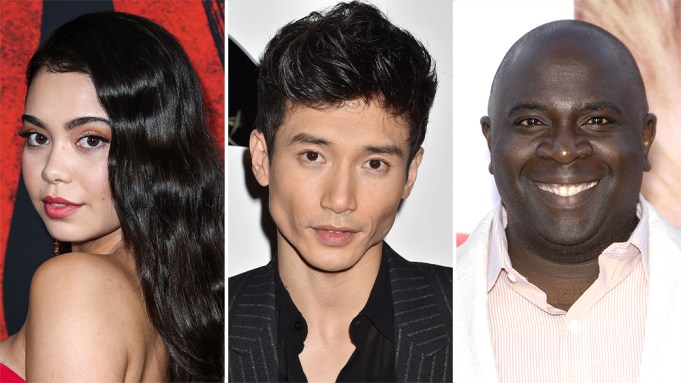 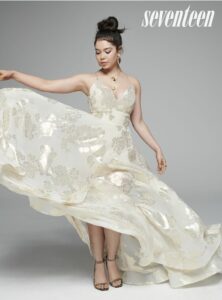 This animated series ‘Hailey’s On It!’ apparently “follows Hailey Banks  (Cravalho), a risk-averse but resourceful teenager on a mission to complete every item on her long list of challenging (and sometimes impractical) tasks in order to save the world. Hailey will be pushed outside her comfort zone to discover the greatness within as she systematically conquers her fears, whether she is winning a sand-building competition, wrestling a honey badger, eating a raw onion, or facing her ever-growing and complicated feelings toward her best friend, Scott (Jacinto)”.

With educational, adventurous, and comical tasks–as well as a heartwarming teen romance and exotic locales–this show has a lot of promise! The fact that one of its producers is also Wade Wisinski from the quirky fantasy show ‘The Owl House’ (which is on Disney+ now) will also make this show one to watch! Want to know more about Auli’i from behind the scenes? Check out our article about her here!