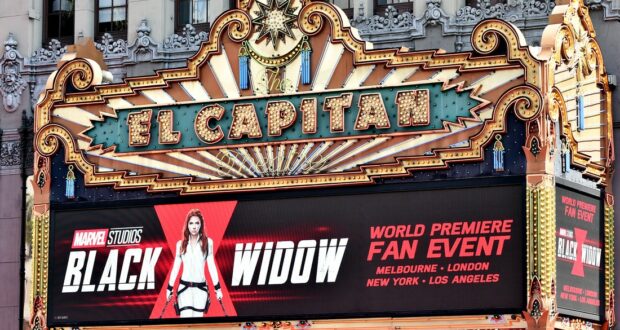 Fan Events For Mavel’s Black Widow Held Around the World

Four red-carpet events for fans were held by Disney around the world for advance screenings of Marvel’s Studios’ Black Widow. Fans in London, New York, Los Angeles and Melbourne were treated to this event.

Each event had something a little different and unique. Fans in Melbourne were treated to a Q and A with Director Cate Shortland, while Florence Pugh greeted fans in London. David Harbour hit the red carpet in New York, and producer Kevin Feige, Marvel Studios’ president and chief creative officer, joined executive producers Victoria Alonso and Brad Winderbaum, and co-producer Brian Chapek in Hollywood. All received a big-screen shout-out from Natasha herself!

Black Widow will launch on both Disney+ Premier Access and theaters on July 9th.