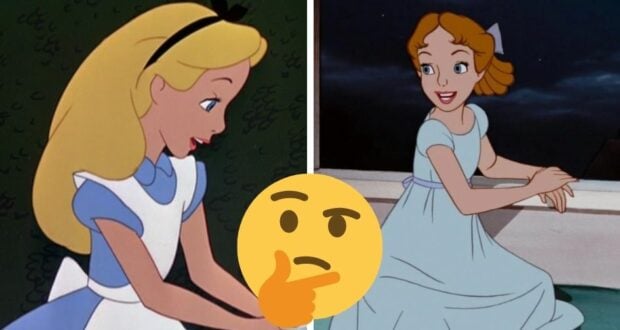 Disney fans and Marvel fans are never coming up short when it comes to conspiracy theories or fanmade theories about their favorite Disney characters, Pixar characters, or Marvel characters. Now, one Disney fan has shared a particularly intriguing theory involving Wendy Darling’s mother in the 1953 movie Peter Pan and the character Alice from the 1951 movie Alice in Wonderland!

Alice in Wonderland focuses on the adventures of a young girl named Alice, who explores Wonderland and meets a variety of characters including the Mad Hatter, the Cheshire Cat, Tweedledee and Tweedledum, and the villainous Queen of Hearts. Alice is the protagonist from the movie Alice in Wonderland. Credit: Disney

Peter Pan also focuses on the adventures that young protagonists take while journeying to a fantastical land — although this time, it’s Neverland instead of Wonderland, and the characters met by Wendy Darling, John Darling, and Michael Darling are characters like Peter Pan, Tinker Bell, Tiger Lily, Mr. Smee, and Captain Hook.

One fan theory that has begun gaining traction presents the idea that the Darlings’ mother, Mary Darling, is actually a character who had plenty of her own fantastical adventures as a child: Alice.

You can see images comparing Alice from Alice in Wonderland and Mary Darling from Peter Pan in the screenshot shown below! “Wendy’s mother in Peter Pan is actually Alice from Alice in Wonderland,” the fan wrote. “In a scene in Peter Pan, Wendy talks about Peter Pan’s shadow and that she had kept it in a drawer; Wendy then says that she is waiting for Peter to return to get his shadow. Pay close attention next time you watch this scene. In the scene, Wendy says, ‘I’m waiting for him to come back to get his shadow.’ Hearing this, Wendy’s mother, Mrs. Darling, is shocked and concerned and says, ‘Shadow, who’s [sic] shadow?'” 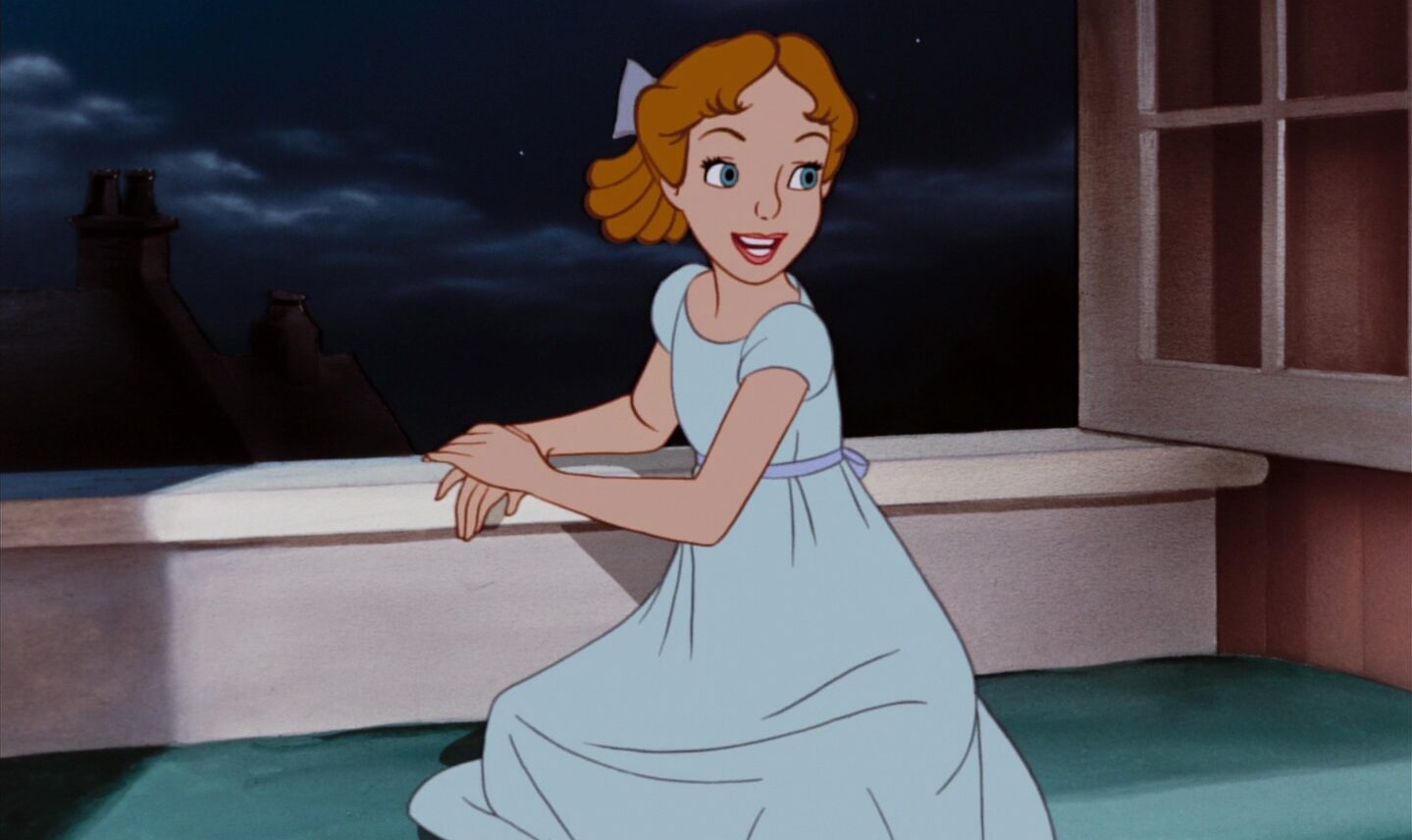 “Wendy says, ‘Why Peter Pan’s, of course!’,” the fan wrote. “Mrs. Darling has a look of concern and worry on her face. She then says, ‘Oh yes…goodnight, dear.’ There’s more here than meets the eye. Why would Wendy’s mom be concerned? It’s because she is Alice from Alice in Wonderland and she’s worried that Wendy knows about the mad place and land.” 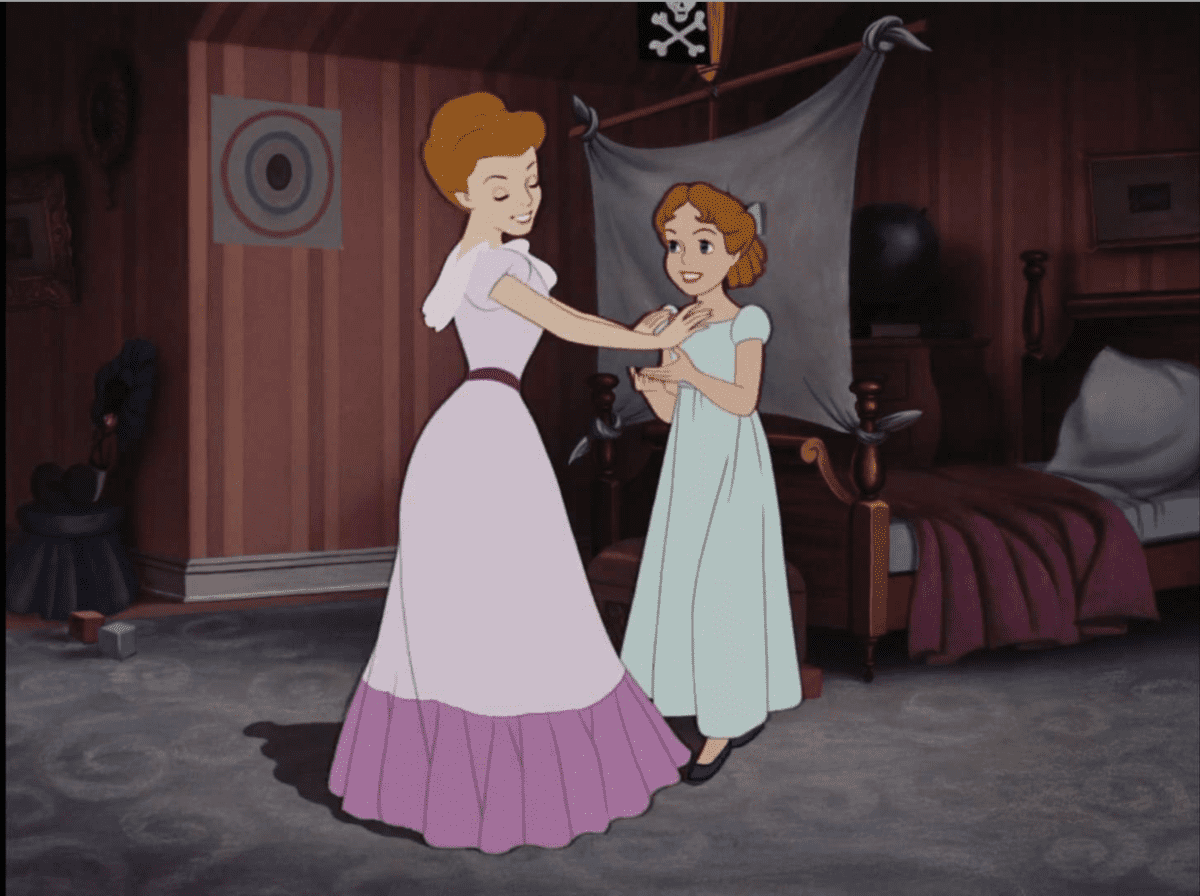 The fan also suggests that Alice and Mary “look very similar”, and alleges that Alice’s hair color changed simply because changes in hair color are common throughout life. As it happens, Alice and Mary Darling’s daughter Wendy Darling were, in fact, voiced by the same person, 10-year-old voice actress Kathryn Beaumont.

Disney has reused animation plenty of times in films, so the similarity between Alice’s facial features and Mary Darling’s facial features might be explained that way as well. Do you think that this fan theory about Mary Darling has any merit? Are you a fan of Disney theories like this one, or do you prefer to watch Disney movies without analyzing them or searching for Easter eggs?