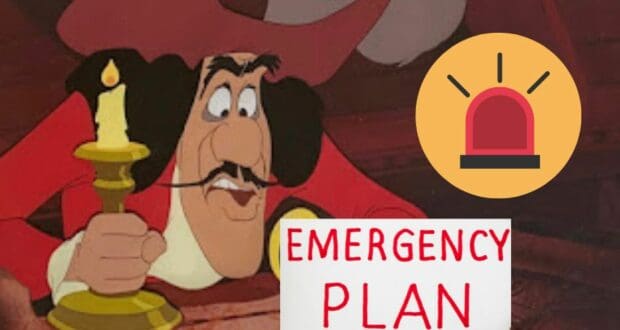 Walt Disney World Resort, Disneyland Resort, and international Disney Park Cast Members have shown time and time again that they are dedicated professionals when it comes to their jobs. Disney Cast Members, particularly character performers, are trained to stay calm and maintain their character’s behaviors even in the face of emergencies. Recently, a Cast Member playing Goofy handled an emergency very well; now, a Cast Member playing Captain Hook has done the same!

In Disneyland recently, a Guest captured footage of a Meet and Greet that included Peter Pan characters Wendy, Peter Pan, and the Disney villain Captain Hook. Just as Goofy had to step away from the Main Street Electrical Parade recently due to an unexplained injury, so too did Captain Hook this time — or, at least, that appears to be the case.

In the TikTok video shown below from the TikTok account @allthings_disney_, Captain Hook and his nemesis Peter Pan (plus Peter’s love interest Wendy) seemed to be enjoying a standard Meet and Greet as the trio frolicked and interacted with Guests while portraying their Disney characters. 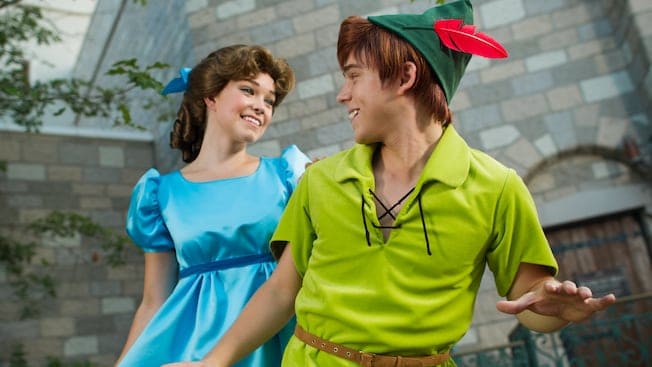 However, things were not quite right in Neverland; Captain Hook seems to trip in the video and hurt his lower back just as he and Peter Pan were about to begin a game of hide and seek. Captain Hook plays it off for a few moments, but soon has to cover his eyes (indicating via the emergency signal to his co-workers that he needs to leave). The performer playing Peter Pan then promptly changes course and decides to play a game at a later time.

The person who posted the video notes in the video that “Peter Pan looked a little concerned” as he saw Captain Hook return from tripping. Peter Pan and Wendy appear to check on Captain Hook, still remaining in character while they do so, before Peter Pan swiftly leads his character’s nemesis away. 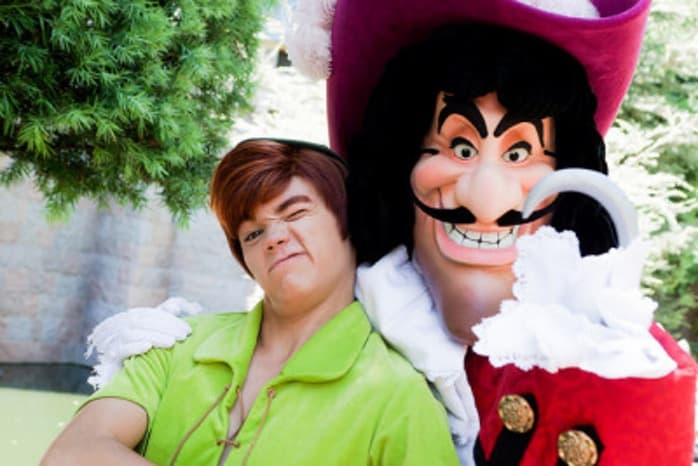 Captain Hook gamely waves and bows to Guests as the Disney villain makes his exit into a nondescript doorway, and Peter Pan holds the door for Captain Hook as the character performer slips out of sight. Peter Pan then returns briefly, and Wendy reunites with him, all smiles as she says goodbye to the Guests.

“Hope he’s okay,” the TikTok user who shared the video wrote in the caption. The Captain Hook Cast Member performed his role admirably despite the circumstances, as did the character performers who were playing the Peter Pan character and Wendy character!

However, it has recently been revealed (by a former Cast Member) that sharing footage of Disney Cast Members like this on public social media accounts can actually end up costing Disney performers their jobs — even if the performers did a great job in handling a situation — so sharing something like this on a private account with just close friends might be the way to go in the future!