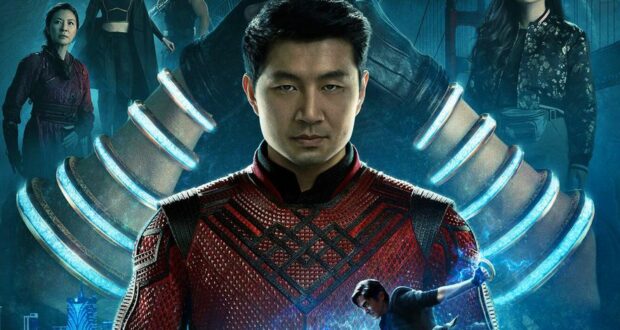 Fans of ‘Shang-Chi’ Will Love This New Series

While the new movie ‘Shang-Chi: Legend of the Ten Rings’ had its ups and its downs, Disney fanatics who love fantastical adventures were definitely drawn to the finale that involved an epic aerial fight between two dragons (well, a dragon and a draconic winged soul-hunting beast, if you want to get technical). If you were among the audience members who found the dragons’ involvement to be one of the highlights of the movie, then you’ll love the new book series “Battle Dragons: City of Thieves“! 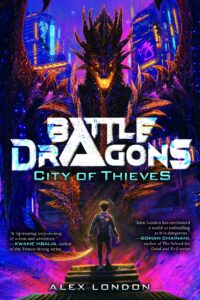 The first book in this series just came out in September, and is written by Alexander London. According to Bookriot.com, “If you love dragons and mythical creatures, this is certainly the book for you”! Apparently “the story follows a modern city that is fully built around dragons. There, one adventurous boy gets caught up in the world of underground dragon battles and the gang wars that come with it, which could destroy his family and life if he’s not cautious about it”.

Bookriot’s interpretation of the plot continues as follows: “In the past, the dragons in this city of Drakapolis nearly drove themselves to extinction. Then, humans domesticated them, so the dragons deal with the city’s cargo, drive taxis to transport people between skyscrapers, and advertise their goods in bright, neon displays. Yet, there’s nothing as intense and as tempting as their underground dragon battles, which main character Abel becomes involved with, for his passion for the creatures runs deep. The first book in a series, this is a great cyberpunk-style book filled with modern elements that readers can get immersed in.” 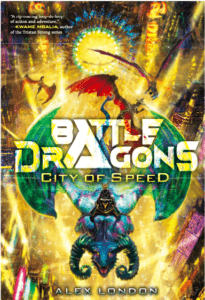 If you liked the edgier tones in some of the scenes or fight scenes from ‘Shang-Chi: Legend of the Ten Rings’, and you definitely liked the dragons’ involvement, then you may want to give this series a try! The sequel, “Battle Dragons 2: City of Speed”, has also already been announced and has an estimated publication date of June 7th 2022.