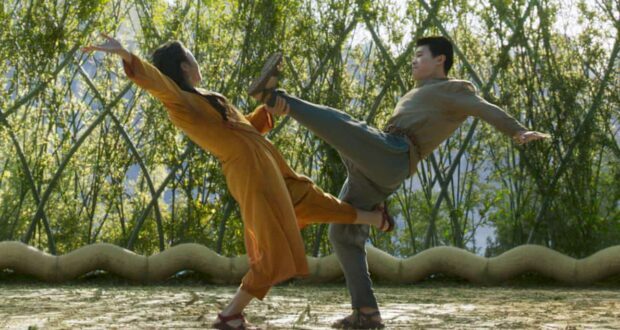 Is Marvel’s ‘Shang-Chi: Legend of the Ten Rings’ As Good As Reviews Say It Is?

Since Disney+ Day is approaching on Friday November 12th, just two days away, many Marvel or Disney fans are going to be seeing the martial arts superhero movie ‘Shang-Chi: Legend of the Ten Rings’ for the very first time. ‘Shang-Chi’ received rave reviews when it premiered in August–but before you settle in for a movie marathon on Friday, let’s investigate whether or not ‘Shang-Chi’ is really worth all the hype! 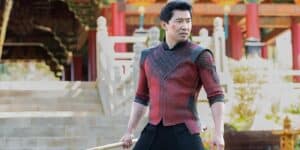 ‘Shang-Chi’ stars Simu Liu, the accountant-turned-actor who will be most recognizable for his charming role as the handsome but hapless son of traditional Korean parents in the Netflix show ‘Kim’s Convenience’. Simu Liu endured intense martial arts training and grueling ‘stretch training‘ to play Shang-Chi — and with good reason, because as the storyline goes, Shang is the son of a martial arts kingpin who possesses ten magical rings (they’re actually bracelets) and who has been grooming Shang to take over leadership of the morally-dubious organization. Shang runs away from his father as a teenager and tries to adopt a normal life, befriending Katie (who is played by the actress Awkwafina) and working as a valet in America. But when his father (played by Tony Leung) begins a dangerous quest to avenge the death of Shang’s mother, Shang-Chi and his sister Xialing are pulled back into the Ten Rings world. The plot of this movie is very different from typical Marvel superhero movies, because Shang doesn’t suddenly wake up one day with superpowers or incredible martial arts skills. Instead, he’s simply acquired said skills through many years of training as a child–and his sister (played by Meng’er Zhang), who had to train herself secretly, also has combat skills that were learned the old-fashioned way. The only supernatural powers that Shang and his father have come from wearing the Ten Rings; otherwise, Shang is a typical human who happens to have developed advanced combat techniques!

Initially, the film feels more like a buddy comedy. Shang and Katie are working as valets in San Francisco, and it’s only when men from the Ten Rings attack Shang that Katie learns about his illicit background. Since audiences are used to seeing Marvel heroes react with shock as they develop superpowers, to see Shang-Chi react so smoothly to the news feels like an unexpected turn for the story to take. The film takes another unexpected turn when Shang-Chi, Katie, his sister, the actor who played the Mandarin in Ironman 3, and a magical creature called Morris head to Ta Lo, the magical dimension that Shang and Xialing’s mother grew up in. This secret village becomes pivotal to the storyline, because not only does Ta Lo’s involvement allow legendary wuxia actress Michelle Yeoh to get her time in the spotlight, but it also allows the movie to take the decidedly fantastical turn that it does. As the somewhat tenuous plot thickens, it’s revealed that Shang-Chi’s father has been hallucinating messages from his deceased wife; in fact, the messages are being sent by an evil monster behind a supernatural gate in Ta Lo, who wants to be released. Because Tony Leung’s character Wenwu is wearing the Ten Rings (which really are magical bracelets, not rings), he’s been targeted by the monster. Wenwu’s deranged state of mind while wearing the rings has vague echoes of Lord of the Rings in it, since that film series also involved someone being influenced supernaturally while wearing a ring. The involvement of fantastical monsters and giant dragons also makes this movie’s finale turn into a bonafide fantasy adventure.

The biggest selling point for ‘Shang-Chi: Legend of the Ten Rings’ is, of course, its martial arts fight scenes–and the movie absolutely does not disappoint in that regard! The combat is incredible, with lots of different weapons and unique fight moves being used–and Simu Liu himself shared some glimpses into the enormous amount of stuntwork and training that was behind it. Because the movie seems to be harkening back to the wuxia movies of old, the movie is very quiet during fight scenes so that audiences can hear every grunt and kick. This is a new and pleasant change from the Avengers’ flashy combat scenes! Getting to see Michelle Yeoh and Tony Leung in their element, since both actors have decades of experience in movies, is also a big perk. 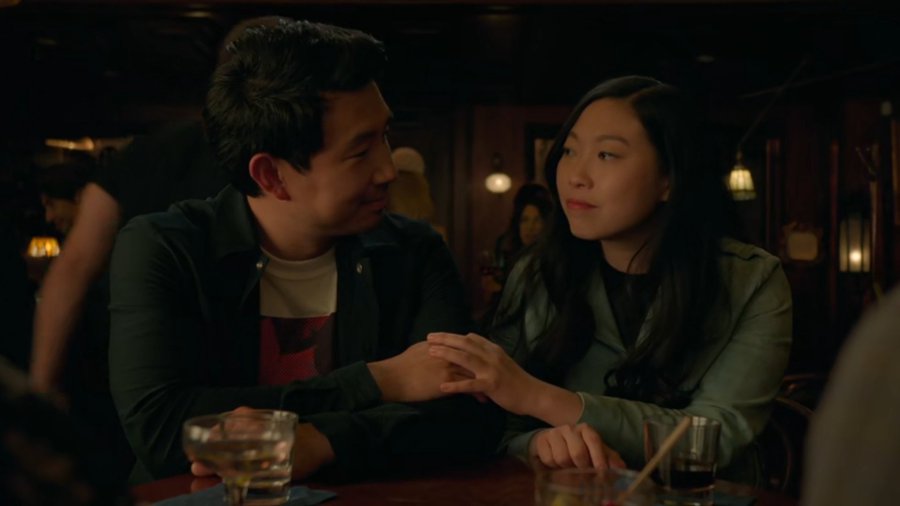 Simu Liu as Shang-Chi and Awkwafina as Katie in ‘Shang-Chi: Legend of the Ten Rings’ Photo credit: Simu Liu Twitter

Shang-Chi’s sister Xialing is another highlight in the film, and many fans will be clamoring to see more of her (as well as her impressive rope dart skills). The actress who plays her, Meng’er Zhang, is not very well known in America–in fact, this is her first big movie, since she’s mostly done theater work in China, and she was entirely unfamiliar with on-screen acting–but she will be well-known now! Awkwafina provides her usual comedy routine during the movie, although she does add some vulnerability and self-awareness to the character that is endearing (particularly when it comes to her character’s very fast-paced archery training). Shang and Katie’s relationship is kept vague throughout the film; Katie’s family does mention that Shang should express a romantic interest in her, but otherwise the characters feel more like friends. However, if Katie does end up dating Shang in a sequel, it will be a pleasant surprise since the actress Awkwafina tends to be typecast as comical sidekicks instead of love interests! If you’re a Disney+ subscriber (or have just signed up, since there is currently a special sale going on for the subscriptions to the streaming service), then the long and short of it is that you should definitely watch ‘Shang-Chi’ for two hours of exciting, fun entertainment that’s filled with amazing fight scenes. Does its plot hold water? Not entirely; it’s a basic plot, with some elements that are not entirely helpful in the storyline, but overall it’s a refreshing superhero movie to have fun with–and it serves as a nice divergence from Marvel Studios’ typical style. Curious about whether or not Marvel’s new ‘Eternals’ movie is worth the hype, too? Then check out our review here!