Disney Has Special Perks For Disney+ Subscribers on Disney+ Day

Disney fans have already been looking forward to Disney+ Day on November 12th and the new content that will be available on that day (including Olaf Presents), but Disney is expanding that excitement further by offering special bonuses within Disney Parks all over the world for any Disney+ subscribers! Today they shared those perks on the Disney Parks Blog, and Disney Guests will be happy to learn that the perks range from character appearances to photo opportunities to discounts! According to the blog post, “in celebration of Disney+ Day, Disney+ subscribers with a valid ticket or pass and theme park reservations for the day will enjoy special benefits at select Disney theme parks. Disney+ subscribers are invited with their travel party to enter all theme parks at both Walt Disney World Resort and Disneyland Resort 30 minutes before regular park open”.

In Disney Hollywood Studios and Disneyland Park, “Guests will be welcomed with a blue carpet experience, including special photo opportunities throughout the parks”. There will also be “complimentary Disney PhotoPass digital download(s) taken at select locations, offered especially to Disney+ subscribers via the My Disney Experience and Disneyland apps”! In addition, there will be “fan favorite Disney+ characters” making appearances around the parks. Who knows? Perhaps Olaf will make an appearance! 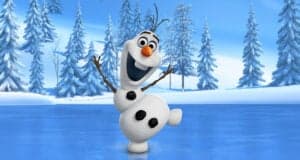 If you’re at Walt Disney World Resort or the Disneyland Resort, you can access several “handy event guides directly in the My Disney Experience mobile app and the Disneyland app” for specific information about all of the individual Disney+ Day events available to subscribers. If you’re further afield at Disneyland Paris’s Walt Disney Studios Park, then you can enjoy extra perks — because in this Park, all Guests can “strut the blue carpet in true Hollywood style, stopping along the way for selfies with Disney characters dressed in blue for the occasion”, and there will also be “a complimentary Disney+ Day-inspired treat offered with each menu item purchase” at the “Restaurant en Coulisse”! There will also be “special character appearances (both in-person and virtual)” as well as photo opportunities within Walt Disney Studios Park, and the Park will stay open 30 minutes later “with a grand finale illuminating the Tower of Terror in blue”. 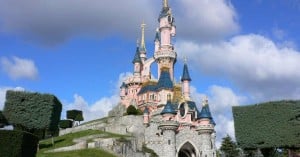 If you’re unable to visit the Disney Parks at the moment, you can still use the My Disney Experience app to take special augmented reality selfies starting on Disney+ Day! And as for merchandise, there will be free shipping on shopDisney from November 12th through 14th. As of today, shopDisney has also revealed “new customizable products from Disney, Pixar, Star Wars and Marvel including short sleeve and long sleeve T-shirts for kids and adults from Disney+ favorites”. Those “favorites” include “Raya and the Last Dragon,” “Luca,” “Star Wars: The Bad Batch,” and “Loki!” If you prefer reading to dressing up, then you’re also in luck, because “Disney Publishing Worldwide will offer selected $0.99 cent eBooks today through November 17th. The ebooks on sale will include “Loki,” “High School Musical: The Musical: The Series,” and “The Mandalorian.” There’s also “a limited set of digital collectibles representing some of the most beloved characters and stories from iconic Disney franchises”, and apparently “each digital collectible purchase will include a free offer code allowing new subscribers to enjoy several free months of Disney+”. If you’re signing up now for Disney+ you can also get a great deal on the subscription for the streaming service via the “special, introductory offer”, which features “one month of Disney+ for only $1.99”, and then $7.99 per month. Are you excited to celebrate Disney+ Day on November 12th?