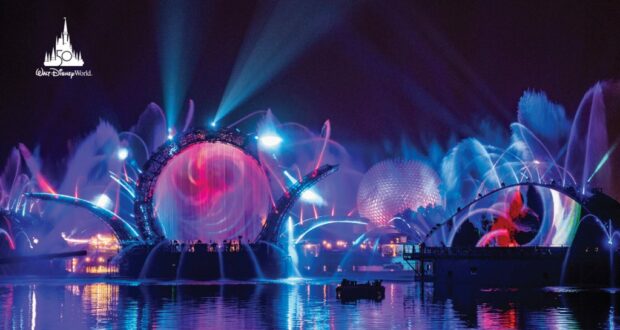 If you’re planning on visiting Walt Disney World in the near future, and if you particularly enjoy photography or social media, then you’re in for a treat–because the Disney PhotoPass Service and Snap are “continuing their collaboration with new augmented reality photo moments”! 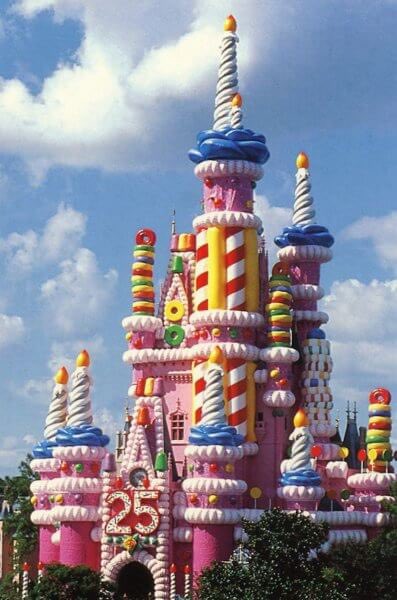 Apparently the culmination of this endeavor is a series of unique augmented reality lenses that will combine “camera technology developed by Snap with beloved Disney stories” for Guests to use. Essentially, it will be like having a green screen around you or a Zoom background with a Disney scene of your choice! The Disney PhotoPass Lenses will be available through the My Disney Experience app as part of the Disney Genie+ service, which is launching on October 19th, 2021. According to the Disney Parks Blog, “select sampling of these lenses will also be complimentary through the Snapchat app”! Several sample images have also been shared; check them out below!

Most of these new Disney PhotoPass Lenses are accessible throughout the Walt Disney World Resort, but keep in mind that some (such as the Remy from Ratatouille lens) will be restricted to their respective areas within the Disney World Parks.

Even if you visited Disney World a few weeks before wanting to try the Disney PhotoPass Lenses, you can still play with them for “up to 45 days after the day you visit with Disney Genie+ service”! One particular highlight is being able to theoretically live out the “Lady and the Tramp.” 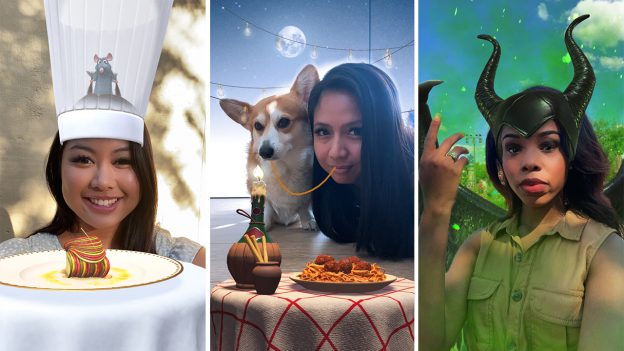 The Disney Parks Blog post said that Disney was “excited to further transform how Guests experience their favorite stories. Every day, we are exploring new ways for technology to help us bridge the physical and digital worlds in what we call the “theme park metaverse” to further immerse our Guests in experiences they cannot find anywhere else”. Apparently you will also have the ability to change the year with the “AR filter”, according to Scott Gustin in the Tweet below, and you’ll even be able to see Cinderella’s Castle actually under construction! We can’t think of a better way to celebrate Disney’s 50th anniversary!

This AR filter will have a slider that will let you change the year — and will include an AR view of Cinderella Castle under construction.

If you like the sound of these new lenses, then keep checking back here for any new offerings; apparently “the Disney PhotoPass Lenses featured are just the beginning”!