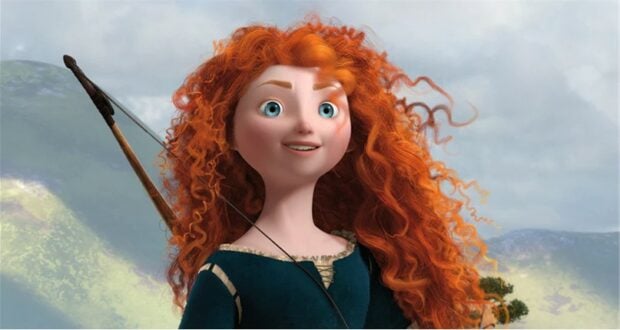 Has autumn already got you in the mood for brisk walks, windswept hair, and tartan patterns? If so, you’re probably a fan of the Scottish Disney princess in the Disney Pixar movie Brave. Merida is an independent and feisty Scottish heroine in the movie, and many Disney fans are solidly in agreement about the actress that they would like to play the Scotswoman if there is ever a live-action version of Brave (following Disney’s live-action adaptations of Cinderella, Beauty and the Beast, and Aladdin). The actress in question? Karen Gillan!

If you’re not sure who Karen Gillan is, or why she’d be ideal to play Merida, it’s probably because you’ve seen the actress, director, and screenwriter without knowing it in the Guardians of the Galaxy movies or the Avengers movies. Karen plays Nebula, the blue-skinned and quasi-robotic sister of Gamora (played by Zoe Saldana) in the Marvel Cinematic Universe. Even without the blue skin, Nebula is a stoic, husky-voiced warrior.

To say that she’s a stark contrast to the cheerful, slightly geeky Scotswoman who plays her is an understatement. Karen is actually from Inverness, which is a very rural area near Loch Ness in Scotland, and fans who aren’t familiar with her from anything other than Guardians of the Galaxy, Avengers, or perhaps the Jumanji or Jumanji: Next Level movies will be shocked to hear her Scottish accent since she does an excellent American one and does excellent impressions!

With her red hair, Scottish brogue, and a Scottish homeland that is exactly in keeping with the rugged moors from Brave, it definitely makes sense that Karen Gillan would be perfect to play the Scottish maiden Merida in a live-action Brave movie. What do you think?