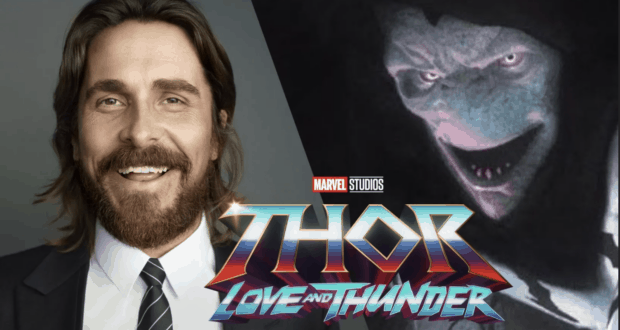 Thor: Love and Thunder has been filming in Australia but recently we got a sneak look at a n

The antagonist looks creepy even it it doesn’t reflect the villain from the comics yet. These are just a quick look into the film that has been kept under lock and key when it comes to the production.

Thor: Love and Thunder is set to star Chris Hemsworth, who returns as the titular God of Thunder, alongside Tessa Thompson as the new queen of Asgard, Valkryie, Natalie Portman returns to the franchise as Jane Foster, who will become the Goddess of Thunder, Christian Bale joins the franchise as the villainous Gorr the God Butcher, Russell Crowe as Zeus, and the Guardians of the Galaxy Chris Pratt, Dave Bautista, Pom Klementieff, Bradley Cooper, Vin Diesel, and Sean Gunn. The Guardian cast members have already completed their filming, which hints at reduced roles. Also set to return are Korg (played by Waititi) and Miek who are said to play pivotal roles in the film.

Thor: Love and Thunder is currently set to hit theaters on May 6, 2022.