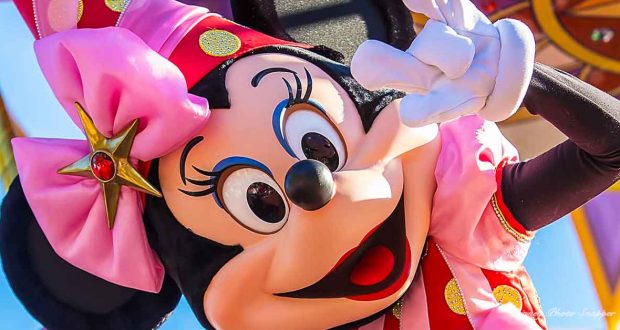 Seeing Minnie Mouse while visiting Walt Disney World or Disneyland is a priceless experience. The wonderful thing about Minnie is she’s everyone’s best friend! However, we bet there’s still a fair bit you don’t know about her. Don’t worry – we’re here to share with you some fun facts. By the time you’re done, you’ll feel like you’ve always known Minnie Mouse!

93 years old! She doesn’t look it, does she? See, that’s what Disney World does for you – not only does it bring out your inner-child, but it also keeps you looking young and fresh, despite all that Florida sunshine! Minnie Mouse will celebrate her 93rd birthday this year, having first been introduced way, way, way back in 1928, when she was brought to life by Walt Disney Pictures. We can’t quite imagine a world without Minnie Mouse. In 2018, she even got her own star on the iconic Hollywood Walk of Fame. To be honest, we expect nothing less!

7. There Was a Hiatus

Like many major celebrities, there was a hiatus during the early years of Minnie’s career. By the back end of the ‘30s, her appearances became virtually non-existent, largely due to the likes of Goofy and Donald taking center stage, alongside the Mouse of the House, though she did make some appearances over the next few decades. Her real comeback wasn’t until the beloved Mickey’s Christmas Carol in the ‘80s, and she’s been a part of our lives ever since, appearing in numerous animations, comic books, video games and, of course, theme parks.

This is easily the sweetest and most touching fact you’ll ever learn about Minnie. Russi Taylor and Wayne Allwine, who had both voiced Minnie and Mickey, respectively, got married in 1991. Sadly, Allwine passed away in 2009 and Taylor 10 years later. But both their marriage and their work with Disney’s golden couple will live on forever. Also, Walt Disney did once state that ‘Mickey is married to Minnie’, further solidifying the world’s most popular and beloved couple.

Have you ever wondered why Minnie has never been officially considered a Disney Princess? Okay, so Moana, Aurora, Rapunzel, Ariel, Belle and so on, are human, but surely Minnie, of all characters, deserves a place among Disney royalty – probably at the top, for that matter! And we’re pretty sure being human isn’t qualifying criteria. There are a few injustices where such things are concerned in the world of Disney. In fact, we’re still waiting for Princess Leia’s official inauguration too…

Minnie isn’t the shyest of mice, and over the decades she’s made many friends and has just as much in the way of family. She comes from a family of farmers and has twin nieces, Millie and Melody, and her best friends include Daisy Duck and Clarabelle Cow. There’s probably reason to believe she’s friends with many other Disney characters behind the scenes at Disney World too, despite the fact she’s yet to be crowned a Disney Princess herself. But that’s another thing we love about Minnie – she’s not bitter or jealous. The girl’s got class!

It wasn’t just the Hollywood Walk of Fame that Minnie blessed with her presence. In 2017 she appeared in New York Fashion Week, visiting all the iconic sites and mixing with big names in the field and being described as a “trend setter” and “one of the most famous style icons ever”. And, of course, these things couldn’t be any truer, given all the inspired apparel and accessories that flood the likes of Disney World year by year. The girl’s also got style!

Don’t worry – we’re not about to retcon the entire history of Minnie Mouse. ‘Minnie’ is simply an abbreviation of ‘Minerva’. Pretty sweet, right? It doesn’t have quite the same ring to it, but there’s still a certain charm. The full name was dropped in a comic strip story back in 1942, but as you know, her full name isn’t really used in pop culture, and only arises up when some Disney geek is doing a little research (yep, that’s us!). But don’t worry – ‘Mickey’ isn’t short for ‘Michael’. That just wouldn’t sound right at all.

1. She Was Originally Voiced By…

Being 93 years of age, it’s no surprise that Minnie has been voiced by many artists over the years. And then there are all the translated voices too. She’s currently voiced by Kaitlyn Robrock on Disney Plus’ The Wonderful World of Mickey Mouse, while previous talents have included Russi Taylor, Janet Waldo, Ruth Clifford and Marcellite Garner. However, she was first voiced by – drumroll – the one and only Walt Disney! He also originally voiced Mickey Mouse, so it’s fair to say he’s the guy who brought them together.

Now that you’re all scrubbed up on some fun Minnie trivia, check out our other articles on Mickey, Donald, Goofy and Pluto!