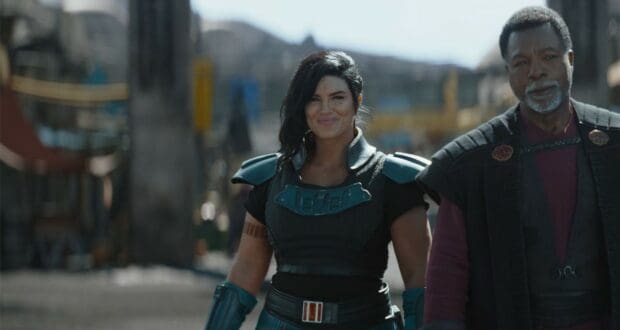 It is being reported that Gina Carano will be starring in and producing a currently-untitled revenge thriller, which is based on Eric Red’s novel White Knuckle. Red, whose work includes The Hitcher and Near Dark, will also be writing the film’s script.

The production is being developed with Carano and conservative media company The Daily Wire, and has been in the works for several months now. The film is reportedly in negotiations with a director, with plans to release the film in Q1 of 2022.

“I’m completely ignited to be creating this thriller with The Daily Wire and Bonfire Legend,” Carano said in a statement. “I feel I am exactly where I want and need to be at this moment in my life; it feels as if I have wings.”

Following her split with Lucasfilms and Disney, Carano hasn’t be involved in much.  We will see if this sparks her career back into action.