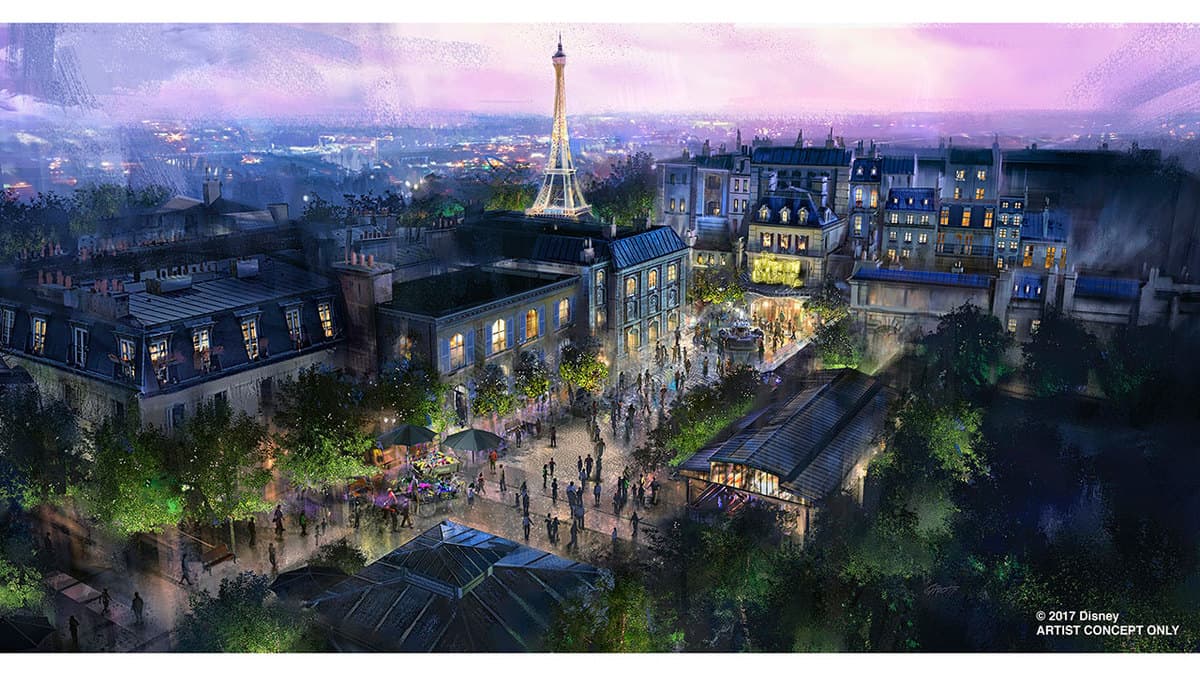 If there’s one Pixar movie that will help Walt Disney World Resort form even more connective tissue with its Parisian counterpart Disneyland Paris, it’s Ratatouille. The classic 2007 movie tells the story of garbage boy Linguini and wannabe-chef-rat Remy who follow their dreams of becoming great chefs (yes, hardly hygienic…) in Paris. But the adventure is not without plenty of kitchen antics getting in their way.

The good news for fans is that the Ratatouille-themed ride that currently exists in Disneyland Paris’s Walt Disney Studios Park will be making its way to Epcot’s France Pavilion in 2021 (don’t worry – it’s not the exact same ride, so you’ll still be able to enjoy it at both resorts). Much like other experiences throughout Walt Disney World Resort such as Toy Story Land, you can expect to be “shrunk down” to the size of a rat here as you explore hazardous kitchen environments and beyond. You’d better watch that tail, though…

As is the case with celebrations at Walt Disney World Resort, even the sky isn’t the limit. Whether it’s Easter, Summer, Halloween, Thanksgiving, Christmas or New Year, or whether it’s another anniversary, there’s a “whole new world” of celebrations that isn’t just limited to new experiences and attractions. Here at the resort, everything almost always goes “to infinity and beyond”!

So in 2021 you can also expect to enjoy yummy treats, special merchandise, décor, character attire and everything else you can think of that will be themed according to the 50th anniversary celebrations. And don’t forget – 50 is one big number where Walt Disney World Resort is concerned, so special events like the illuminations, fireworks and parades will also follow suit. But one thing that will certainly fill the resort as much as the decorations will is the crowds!

2021 might not be that far away, but unfortunately it’s also not particularly close, either. In the meantime, though, you can enjoy other new upcoming attractions such as the ground-breaking (and silver screen-smashing) Mickey & Minnie’s Runaway Railway. And then of course there’s the hugely-anticipated Star Wars: Galaxy’s Edge landing in Disney’s Hollywood Studios in late 2019, and the Star Wars-themed hotel that’s set to dock shortly after.