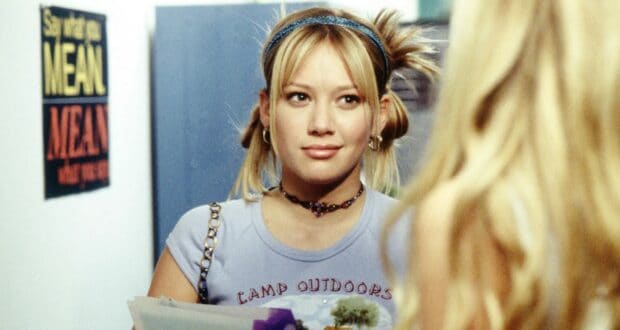 The former Disney star, Hilary Duff, who played the popular character Lizzie McGuire in the Lizzie McGuire Disney Channel television series and movie, is receiving backlash as an online video shows her daughter riding in a vehicle without a car seat.

Hilary Duff, the 34-year-old actress, singer, and businesswoman made Good Morning America’s cover story but not in a positive way.

The video below was posted on January 3, 2022, of Hilary Duff’s three year old daughter Banks, seemingly riding in a moving car without a safety seat. The video was posted online by one of Hilary’s friends, Molly Bernard, who was sitting in the back seat with Banks during the video.

Actress Molly Bernard is one of Hilary’s costars in the television series, Younger. Bernard tags both of Banks’ parents, Hilary Duff and Matthew Koma in the car ride video, in what looks like a fun outing for both Molly and Banks.

RELATED: Disney Actresses Speak Up In Support of Film and TV Workers

During a GMA interview, Pediatrician Dr. Robert Hamilton noted, a child riding without a safety seat is “flirting with trouble”. Although it looks like Banks is somewhat wearing a seat belt, the California law requires children under the age of 8 must be secured in a car seat or booster seat in the back seat of a vehicle.

RELATED: What to Know About Walt Disney World Baby Care Centers & Childcare in 2022

The fans’ comments on Bernad’s Instagram post are both against and in support of the backlash. One comment says, “I love all of you but Banks not in a car seat breaks my CPST heart”. Another comment notes, “Child endangerment. California law requires children in a car seat or a booster depending on age/height and weight.” One fan comments, “Worked a fatality accident involving a 4-year-old, no car seat, no booster. Only lap belt. Broke her neck and lap belt severed organs in belly. There is a reason for these recommendations.”

A comment in defense of the video notes, “While yes I agree the seatbelt should be properly worn it definitely looks like she is in a booster. It is clear that this precious girl loves Molly and that there is no bad intent here. I’m sure this will be used as a learning experience but for people to be calling for a cps investigation that is really far to take this. And @tmz_tv you are so quick to point this out yet never seem to be concerned when your people are chasing down celebs when they are with their kids jumping on cars, chasing them in traffic etc putting them in potential danger.”

What are your thoughts on the situation? Let us know in the comments.