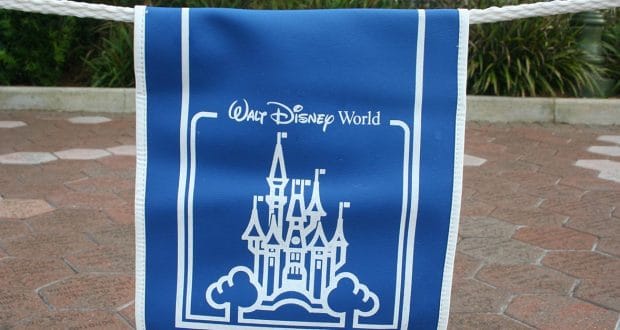 Hollywood Studios vs. Animal Kingdom- A Comparison Of These Two Disney Parks

No one can argue that Hollywood Studios and The Animal Kingdom are very different. Varying interests in movies or animals may be a tiebreaker for guests looking to make a decision on how to allocate the bulk of their time between these two parks. Hopefully this list will help you sort out the main theme differences between the two parks and make an informed decision on where you want to spend the bulk of your vacation.

It will come as no surprise to guests that Animal Kingdom is of course focused on animals that are real, mythical and extinct. Animal Kingdom has animal inspired shows, food, rides and attractions. Hollywood Studios is all about tapping into the glamor and glitz of the movie industry. The park showcases classic American movies in attractions as well as classic Disney movies that we all know and love. Live stage shows that bring Disney movies to life are a favorite for Hollywood Studios fans. Beauty & The Beast Live On Stage, Voyage of The Little Mermaid and of course the incredible new Frozen Sing Along: For The First Time In Forever Celebration are all favorites for little princesses.

Conservation is a huge focus of Animal Kingdom. From basic details like having no plastic straws or lids on drinks in park restaurants to avoid plastic litter sickening their animals; to broader conservation movements that educate the public on the importance of conserving rain forests and natural habitats of exotic animals around the world. Animal Kingdom makes conservation a central focus of shows, signage and theme constantly encouraging guests to treat our planet well. Pixar Place has been a wildly popular part of Hollywood Studios for years. With new renovations in Pixar place happening in Hollywood Studios this Toy Story theme will continue to be a central part of the park that draws in even more visitors. Woody and Buzz Lightyear fans can even meet their favorite characters at the Pixar Place character meet!

Not surprisingly Animal Kingdom has shows and character meets centered around Disney movies where nature is a central theme. Doug and Russell from Up! the crew from The Jungle Book, Pocahontas and Flik are all available to meet guests at Animal Kingdom along with other Disney characters that don’t meet guests in other parks. Finding Nemo and Festival of the Lion King are popular film based stage shows performed at Animal Kingdom that rival Broadway productions and wow guests with amazing vocalists and stunning costumes. While movie magic is the central theme of Hollywood Studios, a certain movie series has quickly taken the park by storm. Star Wars fans flock to Hollywood Studios in droves to explore the Star Wars section of the park, meet Darth Vader, storm troopers and to ride the Star Tour simulator ride. Construction of a bigger and better Star Wars Land is underway now.

Guests will have the opportunity to get up close and personal with exotic animals at the Animal Kingdom as they view animals from a jeep on Kilimanjaro Safari, at Conservation Station via train or at Maharajah Jungle Trek exploration trail. Viewing animal habitats and animals interacting is a huge part of the guest experience at Animal Kingdom. Some attractions at Hollywood Studios focus on the dynamics of movie magic. The Great Movie Ride takes guests on a journey into great American movies as they embark on a guided tour through the famous Chinese Theater. Outside, the Academy of Television Arts and Sciences Hall of Fame Plaza pays tribute some of the biggest contributors to movies and television.

Education is another integral mission of Animal Kingdom. Guests are actually learning about animals, the environment and their place in the environment as they enjoy the attractions and animal encounters in the park. Affection Section at Rafiki’s Planet Watch allows children to interact with farm animals as they learn about them from cast members. Rafiki’s Planet Watch offers guests a behind the scenes look at the animal habitats in the park while teaching lessons about conservation, deforestation and habitats. Though more lightheaded than the educational aspects of Animal Kingdom, Hollywood Studios does offer guests the opportunity to learn about Disney history, movie magic and the art of animation. Visiting the One Man’s Dream exhibit and film provides guests the opportunity to learn about the evolution of filmmaking and understand just how much videography and animation has changed since Walt Disney produced Snow White as his first ever film.

There Is No Thrill Shortage In Either Park

The adrenaline junkies in your group will be glad to know that regardless of the comparison that goes on between these two parks, the thrill factor is completely covered! If you are ready to feel your stomach drop and heart pound, a ride on The Tower of Terror at Hollywood Studios or Expedition Everest at Animal Kingdom is a great idea. Perhaps equally as daring and thrilling attractions are Aerosmith’s Rocking Rollercoaster in Hollywood Studios and Kali River Rapids in Animal Kingdom. There is no way you can go wrong as a thrill seeker visiting Hollywood Studios or Animal Kingdom!