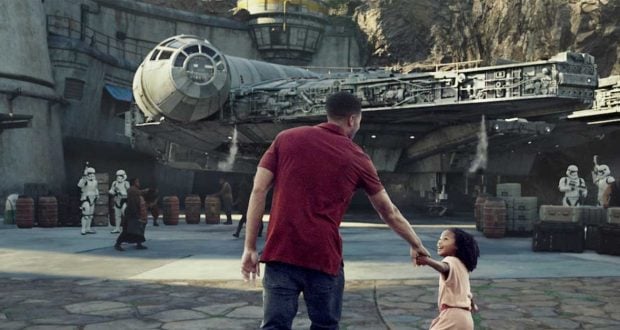 How To Plan Your Trip For The Star Wars Grand Opening

Disneyland California has just unveiled Star Wars: Galaxy’s Edge, and come August 29 it will be Walt Disney World’s turn to venture into Wild Space. To no surprise the internet is already flooding with videos and reviews on the trading outpost of Batuu. After all, the all-new themed land features thrilling attractions and a whole galaxy’s worth of galactic goodies.

If, however, your debut visit to the faraway galaxy will be at Walt Disney World and not Disneyland, then you’ll want to plan your trip to make sure you maximize what is going to be an out-of-this-world experience. First, expect the themed land to be as busy as any bustling spaceport. And second, check out these top tips on how to plan your mission…

1. Get to Know Batuu Like the Rebels Know the Death Star

While the map for Star Wars: Galaxy’s Edge in Disneyland has of course been released, the Disney World equivalent remains a blank space (don’t worry, it’s only blank on the website – real-world construction is well underway). But it’s not just about familiarizing yourself with what’s where – you should also really know what’s there.

The Outer Rim’s trading outpost won’t be quite the same size as it will be in December’s The Rise of Skywalker, but when you’re neck-deep in crowds, everything can seem a lot bigger. But until those plans are unveiled (R2-D2 is due any day now with his hologram presentation), check out the official Star Wars: Galaxy’s Edge page on the Disney World website.

2. Let Your Itinerary Be Your Own Personal Opening Scrawl

Knowing exactly what to expect will allow you to build a robust and effective Star Wars: Galaxy’s Edge itinerary, which you can then build into your overall Disney World itinerary. The last thing you’ll want to do is show up at Batuu without any plan or timeline, as you’ll very likely end up disappointed on a Jar Jar Binks-level.

Millennium Falcon: Smuggler’s Run will be the first ride to open, with Star Wars: Rise of the Resistance arriving later in the year. For merchandise, Savi’s Workshop and the Droid Depot will offer custom lightsabers and custom droids! As for food, check out Oga’s Cantina and Docking Bay 7 Food and Cargo, as well as many food and drink stalls. Yes, blue milk and all. 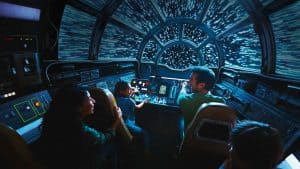 3. Stay Close to the Faraway Galaxy For Extra Magic Hours

The yet-to-be-named Star Wars-themed resort hotel won’t be arriving at the same time as Star Wars: Galaxy’s Edge, but it will be docking sometime thereafter (don’t worry – it won’t be too far, far away). But there’s some good news – the new themed land will fall under Extra Magic Hours for guests of Disney Resort Hotels and other select hotels.

From September 1 to November 2, you can take full advantage of this benefit every morning if you choose to stay on property. But it should be noted that FastPass+ will not be available for Millennium Falcon: Smuggler’s Run (the second attraction won’t be available upon opening so by default will be excluded). But at least you’ll get to experience Hyperspeed all the same! 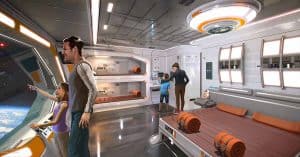 4. Use the Force of Disney’s Mobile Apps

There may not be a map available for Disney World’s Batuu at present, but don’t forget about the My Disney Experience mobile app. Sure, the trading outpost doesn’t form part of Disney World’s digital star system just yet, but upon opening the app will prove more than useful when it comes to exploring the themed land – especially with the Get Directions function.

There’s also the Play Disney Parks mobile app, which will become the Star Wars: Datapad when you venture into Batuu’s Black Spire Outpost, where you’ll be able to take on missions, interact with droids and plenty more. As for the rest of Batuu, you can certainly expect major similarities to both the layout and the offerings at Disneyland California’s newly-opened version.

Batuu might form part of the Star Wars universe, but unfortunately you won’t be able to clear a path here where crowds are concerned. You can wield your lightsaber, have Storm Trooper chaperones or use the Force itself – none of it will work. Instead, you’re probably going to be shoulder to shoulder with creatures that span the cosmos (just pray none of them are those slimy Hutts).

More importantly, before booking your trip it’s worth noting that access to Disney’s Hollywood Studios will be very limited upon the opening of Star Wars: Galaxy’s Edge. The same applies to experiences and attractions, as everything will be subject to guest demand. But while you aren’t guaranteed access to the themed land – no matter your ticket type – it is guaranteed to be out of this world.

When it comes to visiting Disney World specifically to experience a new themed land, whatever you do, you must be prepared. And given the immense popularity of a franchise like Star Wars, just be sure to undertake plenty of research, book a Disney Resort Hotel and arm yourself with all the apps – there is simply no try.