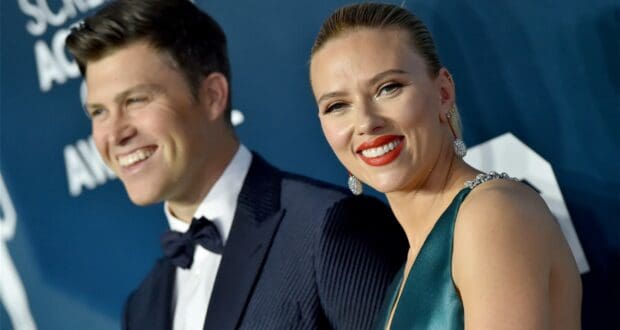 The Marvel star of Black Widow has been in the headlines for some time now since the debut of the film Black Widow which hit theaters and Disney+ on July 9. It’s hard to scroll through any major media network and not see the name Scarlett Johansson pop up, especially if you follow Marvel and Disney news. The actress recently announced she is suing Disney for the release of Black Widow on Disney+ which she says was not part of their original film contract. Disney responded with disappointment. As of most recently, it seems like Disney has cut all ties with Johansson (AKA “ScarJo”) by revealing she is no longer producing or acting in Disney’s upcoming “Tower of Terror” film. And while all of this news has been buzzing around, rumors began swirling that Johansson is pregnant. Now, Scarlett’s husband has reportedly confirmed the news!

As reported by CinemaBlend: “There were some reports that ScarJo might be pregnant, and now it’s reportedly been confirmed by none other than Jost himself. This latest report comes to us from Page Six, which originally broke a story about Scarlett Johansson pregnancy weeks ago. Saturday Night Live’s Colin Jost was performing a stand-up set at Ridgefield Playhouse in Connecticut last weekend, where he reportedly confirmed he was about to become a parent. According to the audience member who reported to the outlet, he was quoted saying: “We’re having a baby, it’s exciting.”

Scarlett Johansson and Colin Jost married in October 2020. This child will be their first together. Johansson previously had a daughter with her ex-husband Romain Dauriac in 2014. This is however Jost’s first time becoming a parent. When Johansson wasn’t present at the premiere event of Black Widow, speculation stirred as to whether it was because of her upset with Disney or if she was in fact pregnant and trying to keep it private.

Congrats to Johansson and Jost on the expected arrival of a little star! In the midst of the mess between Johansson and Disney right now, it’s great to hear some positive news for the couple.

2021-08-18
Jamie Sylvester
Previous: Positive First Reactions for ‘Shang-Chi and the Legend of the Ten Rings’ Are Here
Next: Disney’s Space Mountain Gets A Little Golden Book