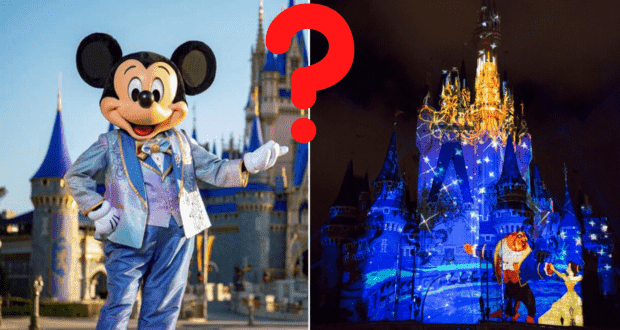 It feels like ages ago now, but do you remember when the Magic Kingdom had a castle projection show? When Walt Disney World theme parks closed at the onset of the COVID-19 pandemic in 2020, Once Upon a Time, the castle projection show, was taking place nightly after the Happily Ever After Fireworks. When the parks began to reopen, fireworks shows, parades, and anything else involving a large crowd were slow to return, but now that they are back…Where is the projection show?

Once Upon a Time

Once Upon a Time originally debuted in Tokyo Disneyland in 2014, and it was brought to the Magic Kingdom just two years later in 2016. The show featured Mrs. Potts and Chip from Beauty and the Beast (1991) sharing a bedtime story involving stories and characters from hit Disney animated movies like Cinderella (1950), Alice in Wonderland (1951), The Many Adventures of Winnie the Pooh (1977), and Peter Pan (1953).

Still, the Happily Ever After fireworks spectacular returned to the Magic Kingdom last fall, and it has since been replaced by Disney Enchantment which runs nightly. So, why hasn’t Once Upon a Time returned?

Disney Has Been Quiet 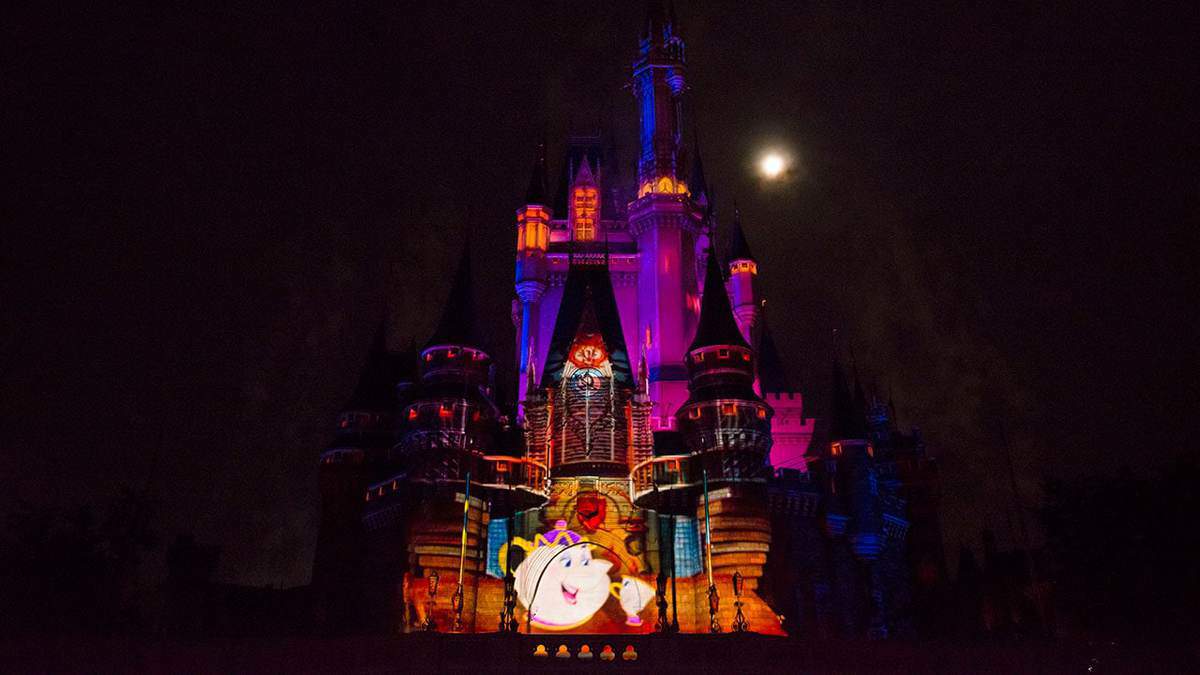 With each new announcement of entertainment returning to Walt Disney World, it seems like mention of the castle projection show should be coming, but it has yet to be announced at all. In fact, Disney has been particularly quiet about the castle projection show, all the while announcing the return of everything from Fantasmic at Disney’s Hollywood Studios to a revamped version of Finding Nemo – The Musical at Disney’s Animal Kingdom.

Of course, lots of entertainment, recreational, and dining options still have not returned to Walt Disney World, and it is possible a return of Once Upon a Time is in the works and we just don’t know about it yet. Still, given the return of the fireworks, it seems odd that the preceding or concluding castle show is still missing.

Should There Have Been a New Projection Show for the 50th? 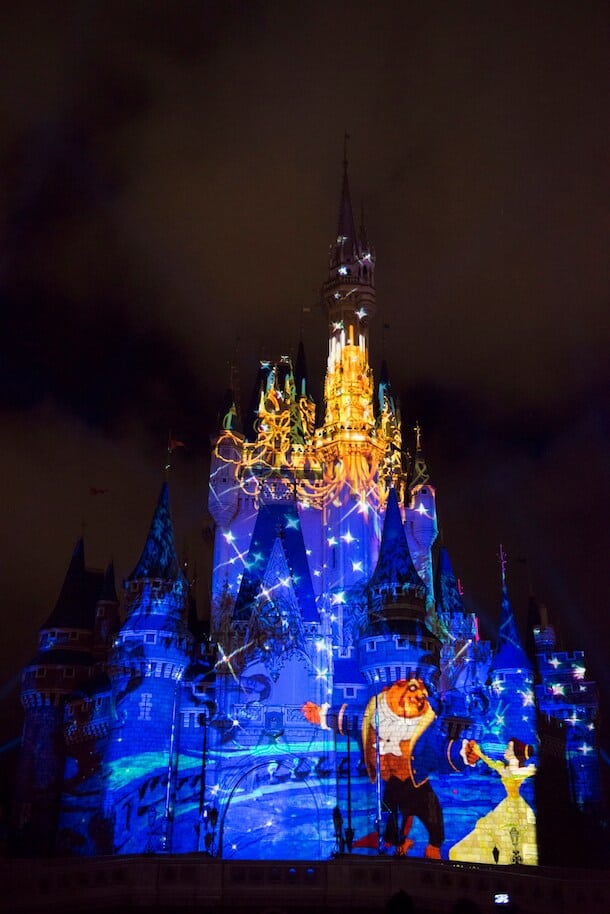 Prior to the COVID-19 pandemic, Disney fans were expecting a lot out of the 50th anniversary of the Walt Disney World Resort. While fans did get some new fireworks shows, like Harmonious in EPCOT, and Disney Enchantment in the Magic Kingdom, a lot is still “weird” at the parks and resorts due to the pandemic, and we have to wonder what else was originally planned for the 50th anniversary that never came to fruition.

Given that Once Upon a Time opened at the Magic Kingdom as a special offering for the 45th anniversary of Walt Disney World, it seems reasonable to assume that a new castle projection show was in the works, or at least planned to someday be in the works, for the resort’s 50th.

With COVID-19 closing the parks at the beginning of 2020, it would be surprising if there weren’t additional projects set aside that were intended for the anniversary but were never able to be completed. (Think of everything that is still closed for instance, with all of the 50th-anniversary snacks and added menu items, there would probably have been something new offered at say, the Hoop Dee Doo Revue or with the Citizens of Main Street, but those offerings have yet to return in any form.)

So, Is a New Castle Projection Show Coming?

Possibly. We can’t know for sure unless Disney announces anything, but their silence on the matter certainly has us thinking. If anything, we will probably see some new additions coming to Walt Disney World as part of the 50th-anniversary celebrations through the end of the year since the anniversary officially runs through April 2023. And, as long as Disney continues this silene over Once Upon a Time, we’ll be wondering about the possibility of a new show.