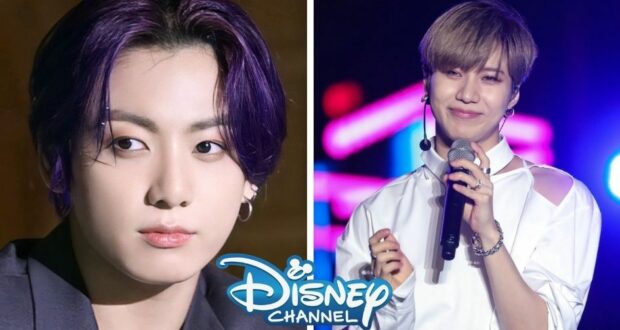 The Walt Disney Company and Korean pop music rarely intersect — but when they do, it’s a fun surprise for K-pop fans and Disney fans! The popular Disney show The Owl House (found on Disney+ and Disney Channel) seems to have recently featured some famous K-pop performers in one of its episodes, making many fans do a double-take!

In the episode “Clouds on the Horizon”, four K-pop idols seem to show up (albeit in more Owl House–appropriate garb): Jungkook from BTS, G-Dragon from BIGBANG, Taemin from SHINee, and Jessi!

K-pop idols typically sport distinct looks that are meant to help distinguish them from other members of their K-pop groups (since groups like BTS have as many as nine or ten dancers and singers); in this case, apparently, “Jungkook’s ‘Butter’-inspired purple hair, Taemin’s blonde ‘Jopping’ hair, Jessi’s features, and G-Dragon’s distinctive hairstyle” were all present.

Jungkook has been tagged by Bo Coburn on her Instagram story as one of the inspirations for the characters in the TV series“The Owl House”which is an animated fantasy television series on Disney Channel American along with Taemin, Jessi and GDragon 🔥 pic.twitter.com/sHZkfvFLhX

One of the storyboard artists and directors from The Owl House, Bosook “Bo” Coburn, seemed to confirm the K-pop idol reference on Instagram. On an Instagram story, Bo Coburn posted the following about the episode (which they directed): “I still can’t believe that Dana let me get away with this, but I’ll always be grateful. Got to put in some of my favorite artists and represent the music and culture a tiny bit”. Coburn seems to be referring to Dana Terrace, the creator of The Owl House.

The retakes director for The Owl House, Vesela Stamenova, also shared content on Instagram that implied who the characters were meant to be. “Let’s see if you guys can tell who they are. Go!!!!” Stamenova posted.

Jungkook from the popular K-pop group BTS (also known as the Bangtan Boys, also known as a South Korean boy band that has become an international sensation) and his purple hair are undoubtedly the biggest giveaway for fans. Check out the alleged Jungkook cartoon character and the other three K-pop stars from the episode in the Instagram post above!

The K-pop stars did not actually provide voiceover for the characters that represented them in Owl House, but it is still significant to see four K-pop stars’ likenesses portrayed on a Disney Channel show! If you’re a fan of Owl House and its quirky, sardonic style, then you might enjoy seeing pop culture references like this one being incorporated into the series.

If you’re a fan of Korean pop music and K-pop groups like BTS, then you can enjoy the bonus K-pop star sighting — or if you’ve never heard of K-pop, now is a good time to explore it!