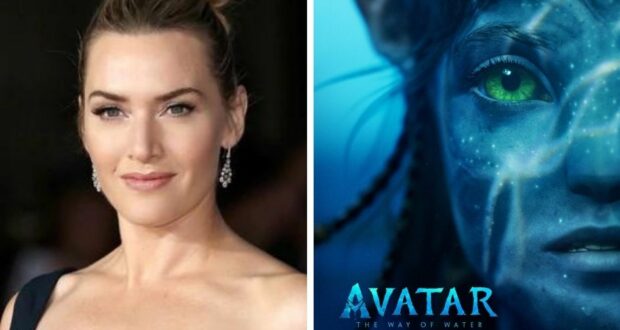 Kate Winslet enters the world of Pandora in a new role for Avatar 2 : The Way of Water.

The long-awaited trailer for the next movie in the Avatar series has finally been released (and is also being played in theaters before the new Marvel movie Doctor Strange in the Multiverse of Madness), so fans of the James Cameron series are finally able to start getting excited about the Avatar sequel after more than a decade of waiting.

Kate Winslet is one of the renowned actors who joined the cast as a Na’vi character on Pandora — and apparently, she went through some intense training similar to the training that Tom Cruise has undergone for Mission: Impossible movies. But Winslet didn’t just endure the training; she excelled, and beat one of Tom Cruise’s very own records!

“Wherever we go, this family is our fortress.”

Watch the brand-new teaser trailer for Avatar: The Way of Water. Experience it only in theaters December 16, 2022. pic.twitter.com/BjNiceMxTz

Since Avatar: The Way of Water has a plot that focuses on sea settings and nautical adventures, it stands to reason that a lot of the scenes are filmed on or within water. Many cast members’ roles involved freediving (a challenging activity that requires extensive training) as well as acting underwater in motion capture suits.

Kate Winslet learned to free-dive for the role, saying that it was “incredible” to learn, but she also learned to hold her breath underwater for a long, long time. Tom Cruise trained himself to hold his breath for six and a half minutes for a long underwater scene in one of the more recent Mission: Impossible movies, saying in the video below that it was “not pleasant” — but Kate Winslet can now hold her breath for over seven minutes, beating his record and establishing a new record in the world of filmmaking!

Winslet also developed the ability to walk underwater, which can be very difficult without lots of weights! Kate Winslet described the experience to Collider, saying the following: “I was walking on walking on the bottom of the tank. That’s a big ceremonial sequence with those huge heavy wings. That was quite scary. The thing is, when you can hold your breath for seven minutes, you become unafraid. Actually, strangely, I was able to rely on my own ability to hold my breath for that long. Somehow I was not afraid, at all.” Although we know that Kate Winslet’s Avatar character is Ronal, viewers are not yet certain if Ronal appeared in the teaser trailer that was recently released. Ronal is apparently a winged creature (as evidenced by Winslet’s motion capture suit, shown below) who participates in a Na’vi ceremony. The movie’s original trio (Zoe Saldana, Sam Worthington, and Sigourney Weaver) are returning in their roles, and Weaver has reportedly already begun work on the fourth and fifth movies while Saldana has finished her filming of the third sequel. Are you excited to see the new Avatar sequel in theaters on December 16? You can see the trailer below!

Check out the brand-new teaser poster for #Avatar: The Way of Water. Experience it only in theaters December 16, 2022. pic.twitter.com/3TVq2DqBbG