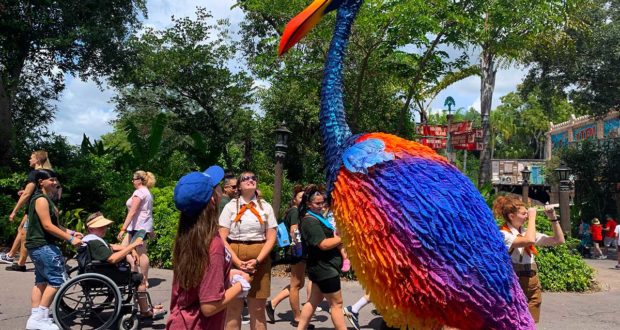 Kevin Walkaround Character from Disney & Pixar’s “Up!” to Return to Animal Kingdom

Fans of Disney and Pixar’s Up may be missing the presence of characters from the hit film at Disney’s Animal Kingdom, but one favorite character from the movie is about to make her return. 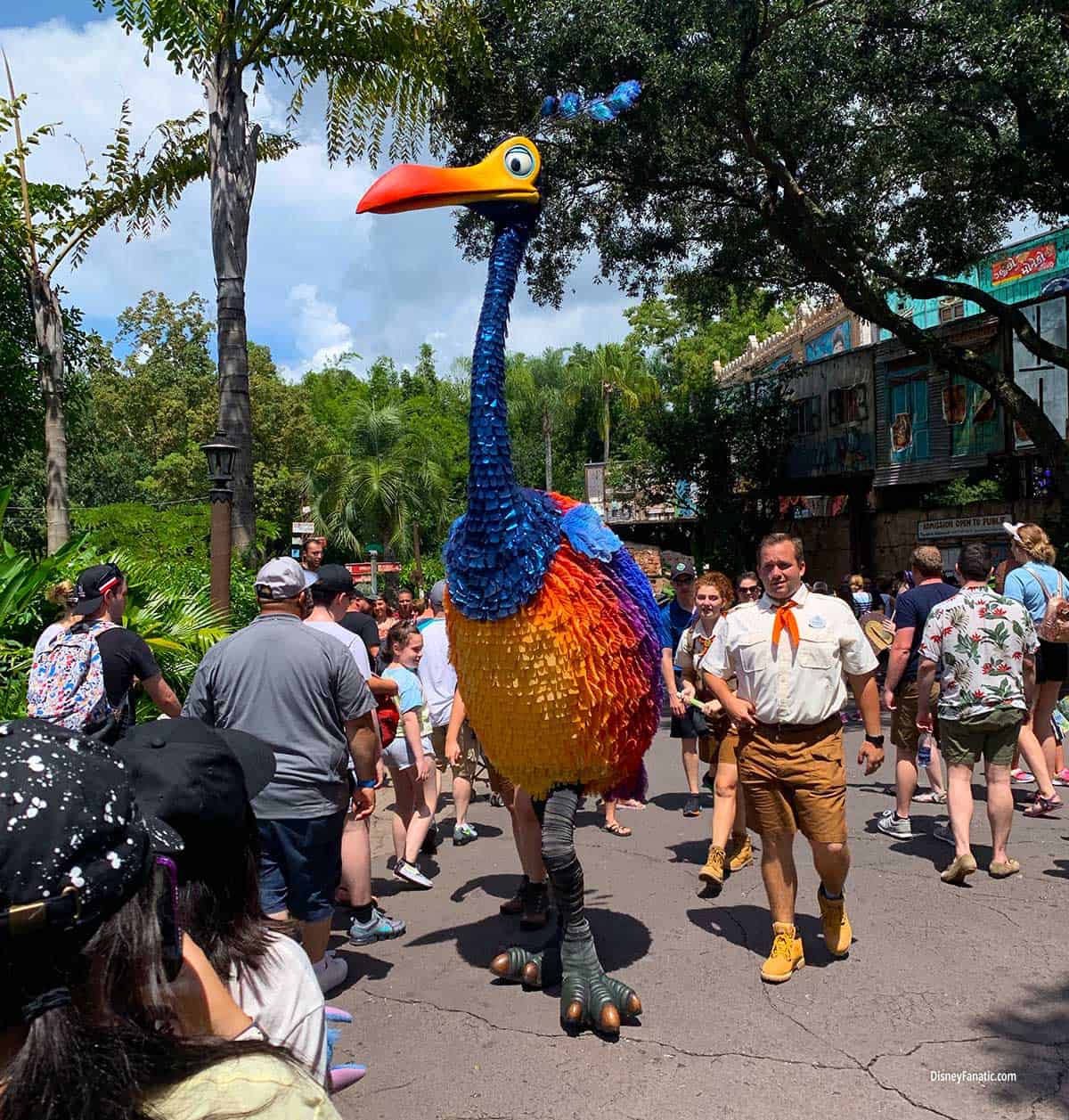 Prior to the Disney park’s closure at the onset of the COVID-19 pandemic in March 2020, Kevin, the colorful bird Russell is after in Up could be found roaming throughout Discovery Island at Disney’s Animal Kingdom. In a change from traditional Disney character meet and greets, Kevin was a walkaround character that Guests would just stumble upon while walking through Discovery Island.

The setup of her nontraditional meet and greet was certainly appealing to Guests and it lent itself well to the laid-back island atmosphere that makes up the theming of Discovery Island. When Kevin returns, she will not take the form of a walkaround character throughout more of Discovery Island as she has in the past keeping in line with Disney’s new guidance for distanced character sightings, but we are excited to share the details of where and when Guests will be able to find her once again. 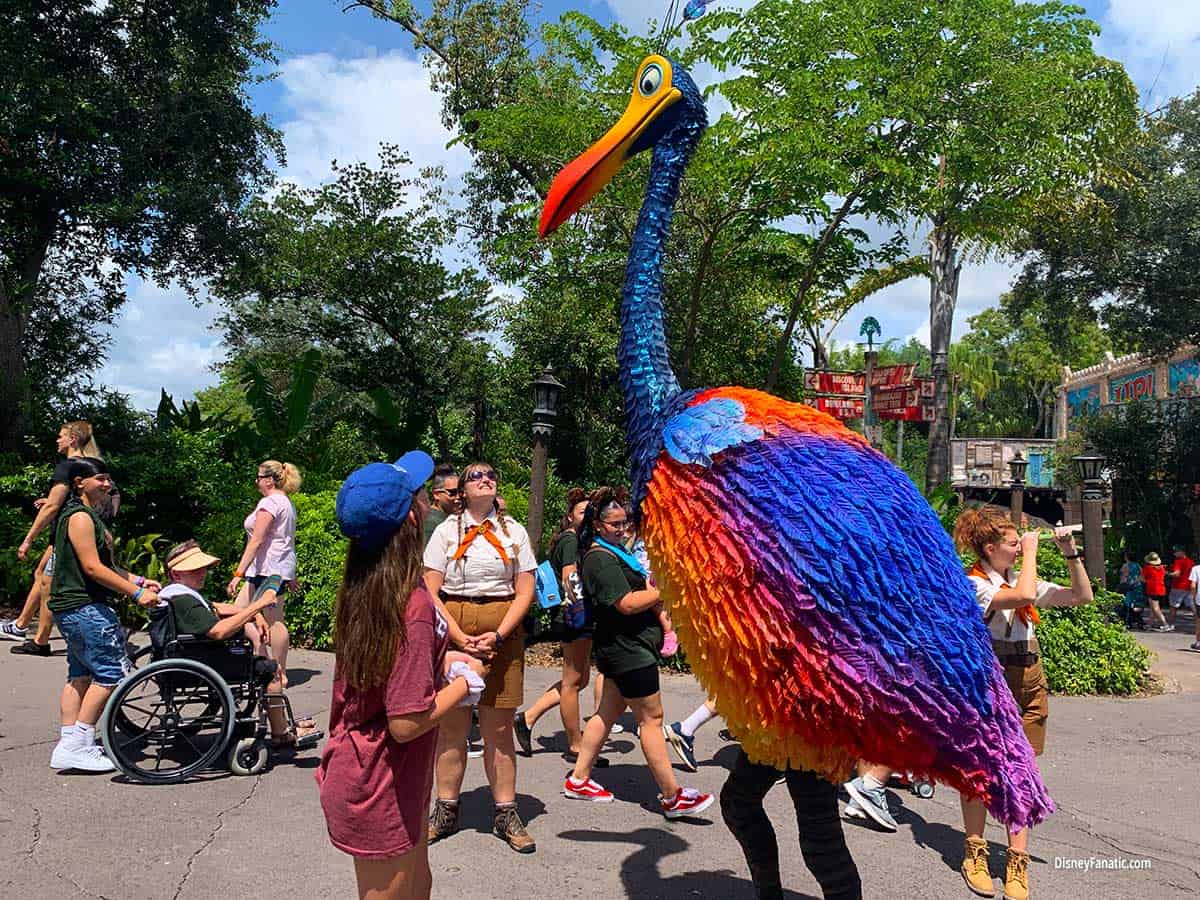 Kevin will be out for character sightings with Guests beginning on January 24, 2022, at Character Landing on Discovery Island. While outdoors, this location should offer Guests individualized experiences with Kevin likely without the ability to get as close to her as they were able to pre-pandemic. In all returning character sitings, hugs and autographs are still not allowed, however, Kevin’s character was never able to work with hugs or autographs given her appearance, so we expect the only change to the meet and greet to be the character remaining at a set location.

Up has had a presence at Disney’s Animal Kingdom for a number of years with Russell, Dug, and Carl Fredricksen all having been out for meet and greets with Guests in the past on Discovery Island, and Russell and Dug being added to “Up! A Great Bird Adventure” prior to the park’s closure in 2020. 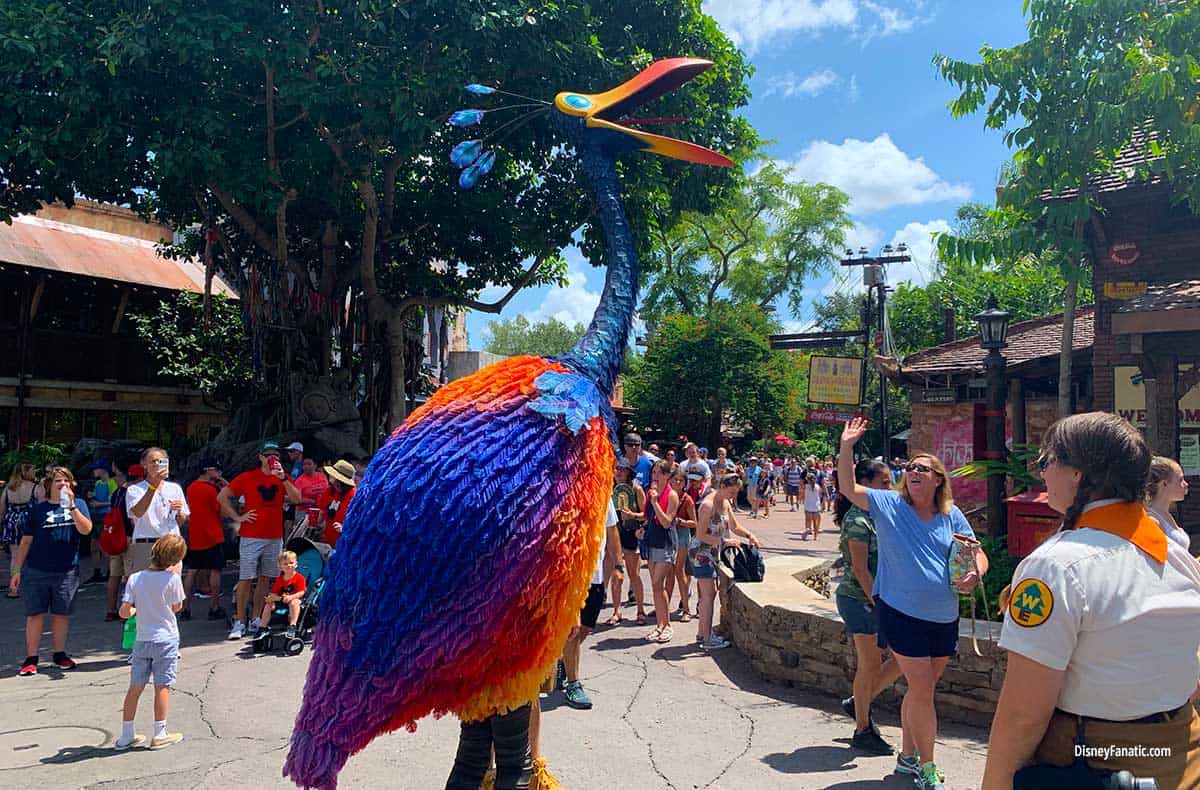 Since the park has reopened, both the previously offered meet and greets and the characters’ inclusion in the show have not returned. The current name for Up! A Great Bird Adventure has also been changed to Feathered Friends in Flight, and it is unclear whether the removal of the characters was a change due to COVID-19 or due to simply launching a newer version of the show without characters.

Guests can still experience some activities inspired by Up by becoming Wilderness Explorers, as these self-guided activity books with stops around the park are still available to pick up in Discovery Island.

We will keep you updated here on Disney Fanatic as we learn more about features from Up at Disney’s Animal Kingdom and other character sightings returning to this park and other areas of the Walt Disney World Resort.