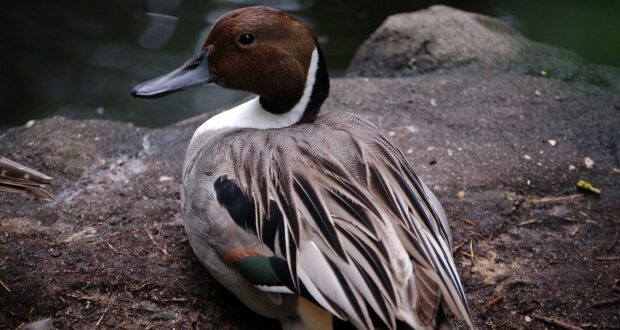 Disney For the Birds: How to Enjoy Birds at Disney World

Are you an avid lover of all things bird-related? Perhaps you’re even a birdwatching enthusiast about to embark on a vacation to Walt Disney World Resort — yet you’re not quite sure about what there is to do there in the way of fulfilling feathered follies.

Well, the good news is that Disney offers up many unique ways to enjoy its birds, both of the fictional and real varieties. From attractions that celebrate our beakiest besties to on-property pastimes and pursuits that we may enjoy on our very own, here’s a bird-lover’s guide on how to have a wingedly wonderful time at Walt Disney World Resort.

Related: Which Disney Bird Are You?

This is without a doubt one of Disney’s most iconic classic animatronic-based attractions to date. It also happens to be one that stars a menagerie of exotic birds—a plus for anyone with a feathered fancy. Having first premiered in Disneyland back in 1963, it was one of many staples to be reproduced for the pleasure of visitors to Walt Disney World Resort as well. And it remains a highlighted hit—a must-do that continues to make it onto the bucket lists of Guests visiting Magic Kingdom Park.

An innovative first at a time when the Walt Disney Company was still pioneering the pathway toward utilizing animatronic technology, it was this attraction that initially fueled the frenzy for other animatronic-based endeavors, including such classics as “it’s a small world,” Pirates of the Caribbean, and others.

While there have been many developments and refurbishments over the years, the classic core of the Enchanted Tiki Room has remained the same. Guests come in to congregate within a round-room theater and are then enticed by the song performances and other featherbrained antics of over 225 choreographed audio-animatronic birds of the South Pacific. If ever there was an awesome, avian-themed sight to behold, this is it!

Donald Duck is undoubtedly one of Disney’s most favored feathered friends of all time. So, it seems only natural that bird lovers would want to flock to all things pertaining to him. And there are many ways to get your Donald fixing, including Character Sightings (or Meet and Greets when offered), attending Mickey’s PhilharMagic, and taking delight in parade/character cavalcade appearances. But one of the most premium attractions focusing on Donald Duck can be found over at the Mexico Pavilion in EPCOT.

We’re talking about none other than that classic Gran Fiesta Tour—a dark ride in which Guests embark on a slow-moving float-along boating tour spanning various scenes of Mexico. What’s more, this ride actually triples your birding delights as, in addition to starring Donald, two other birds get featured here—a rooster named Panchito Pistoles and a parrot named José Carioca. Along with Donald, they make up The Three Caballeros. It just doesn’t get much beakier than this famed attraction.

Birdwatching Within Your Resort

While fun, bird-themed attractions make for an undeniably amusing good time, for some serious bird enthusiasts the bulk of the enjoyment rests in active onsite birding pursuits. So where can you go within Walt Disney World Resort for some engaging birdwatching endeavors? You can simply start at your own Resort and then go from there. Florida is home to a wide range of native and migratory birds at any given time of year. So if you go exploring around your Resort, you’re sure to find many.

For Resort-wide birding we highly recommend getting an early start—at the break of dawn if possible. While younger, admittedly-louder Guests are still slumbering away, the birding activity onsite is far more open and active. Do note, however, that you will be able to spot birds at any time of day. But for up-close viewing, you have a better shot when there are less crowds and noisy distractions.

Anyone who has ever stayed at a Walt Disney World Resort knows that each one boasts its own share of scenic walking paths and trails. These are excellent paths to start with if you want to observe Florida’s birding population a little better. And because many paths lead to manmade lakes and other waterways, you can get more optimal views of waterfowl and many unique species.

You can enhance on-the-water birding experiences even more if you head to a marina location and rent a pontoon or some other boating vessel. Disney’s former Discovery Island, sitting stoic and abandoned in the middle of Bay Lake, is just one of many excellent places to spot unique birding populations.

While any Disney Resort offers much to keep birding enthusiasts satisfied, there are of course some Resorts that are better than others for the pursuit at hand. Disney’s Fort Wilderness Campgrounds and Disney’s Wilderness Lodge both serve as excellent examples for birding in surrounding bucolic beauty, but it is perhaps Disney’s Animal Kingdom Resort that takes the prize.

Whichever designation you stay in, whether it be Animal Kingdom Lodge or the more elaborate Villas, you are in the heart of animal country just the same. And it goes without saying that with its literally hundreds of creatures great and small, bird lovers in particular will be in absolute heaven here.

If you already enjoy the aforementioned Animal Kingdom Resort experience, then you’re going to love checking out the iconic theme Park that served as its inspiration. Disney’s Animal Kingdom remains the uncontested paradigm for all things animal-related throughout Walt Disney World.

Personal animal encounters are simply second nature here, and whatever your specific creature interests are, you’ll be sure to find fulfillment. And that creates a whole slew of opportunities to rejoice for avid birders. Some highlighted hits include visiting Rafiki’s Planet Watch, making observations while riding along with Kilimanjaro Safaris, taking the privately-led Wild Africa Trek, and joining in with numerous other onsite bird-focused activities.

Related: First Things We Do When Arriving at Disney’s Animal Kingdom

For those who like self-guided birding trails that highlight the vast abundance of birds specific to the African continent, just head for the Gorilla Falls Exploration Trail. Take in all of the wondrous colors and the overall song ensembles of such birds as African pygmy geese, green woodhoopoes, starlings, carmine bee-eaters, hamerkops, and various others.

Because there are so many migratory birds who happen to make a home away from home right on location at Disney World, there are plenty of optimal spots for observing them all over the Animal Kingdom. From northern pintail duck sightings within the Park’s Oasis area to the easily observed bar-headed geese that you will find along the Maharajah Jungle Trek, and white storks congregating around the Tree of Life, birds are unarguably in abundance throughout the Park and its many sections.

Longtime bird fanatics paying a visit to Disney’s Animal Kingdom also know about the various bird-based show presentations that have taken place in the Park’s open-air Anandapur Theater throughout the years. The show that you can currently expect to encounter here is Feathered Friends in Flight! Spanning a total duration of 35 minutes with numerous times scheduled throughout the day, this collaborative presentation isn’t a storied plot as seen in previous bird shows.

Instead, this is a behind-the-scenes, informative encounter led by Disney’s remarkable animal behavior specialists, and it showcases a menagerie of free-flying friends of all different bird species. And for those who were fans of the theater’s former Up! A Great Bird Adventure, it should be noted that Disney has announced that the show will return again later this year.

Related: 8 Things to Know About Up! A Great Bird Adventure at Walt Disney World

It cannot be denied that Disney has a deep fondness for feathered friends of all shapes and sizes. What’s more, did you know that over 8,000 acres of Walt Disney World Resort property is designated as a protected area, serving as wetland and upland habitats for many different animals, including hundreds of birds both native and migratory?

Walt Disney himself had an admitted fondness for these remarkable creatures, which has been shown in countless ways. His favorite Disney song of all time was, after all, “Feed the Birds” from Mary Poppins. And the bountiful birding interests in Disney continue on, with Walt Disney World Resort remaining a hot spot to flock to for both awesome avians and the humans who love them.