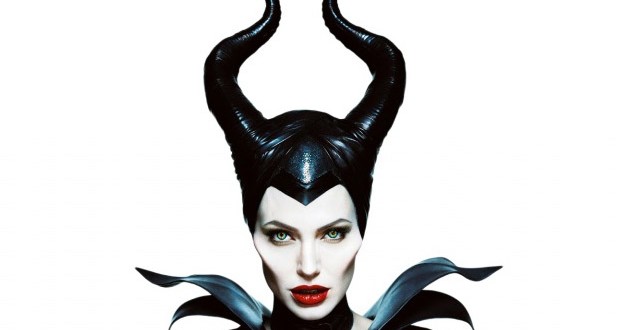 A sudden gasp from the crowd followed by a terrified hush… then she enters – now clearly seen after wisps of green smoke and flame have dissipated.  Her black clothing with glimpses of purple inside her robes, horns atop her head, gaunt face and bony fingers clutching her staff – Maleficent was a stunning villain seemingly without heart or soul in the original Sleeping Beauty from 1959.  Disney has used her well-deserved evil prowess in many shows including the “Mickey’s Not So Scary Halloween Party” alongside other villains like the headless horseman.  She has plotted doom and destruction in “Disney on Ice” and “Dream Along with Mickey” stage show at Magic Kingdom.  She has become  a negative fixture at the Magic Kingdom, the evil woman we love to hate.  Did any of us ever stop to consider what might have made her so evil?  Maybe she was the brunt of cruel jokes in Wizard school (wink, wink to “Wicked” the famous broadway show), or perhaps she was misunderstood constantly enveloped by green smoke and surrounded by minions of evil.  Whatever it was, Disney has turned-the-tables on us with their newest film “Maleficent.”

So, how do you begin to build the back-story on a character that you’ve previously subjected to over 50 years of malevolence?

First, show her as a tender, young, orphaned fairy girl that sleeps in a tree atop a cliff in a wondrous land called the moors.  Disney uses equal parts of vulnerability and strength to define her character and sweeps you instantly into the drama as she soars into the sky beneath her powerful yet soft wings.  All the creatures in her world adore her and are inspired by her loveliness and strength.

Second, you cast Angela Jolie as the adult character of this previously fiendish fairy.  A woman who in real life is both strikingly beautiful and somewhat other-worldly.  Someone that most women can’t identify with, when you consider her being married to Brad Pitt, being enormously wealthy and having, we suspect, a slightly darker side.  Add to this the extraordinary costuming and panorama of the scenery and you’ve got almost all the ingredients there for a souffle of a movie.

Third, you introduce the younger Maleficent to a scruffy peasant boy and allow them to develop a friendship.  Over the years, they grow closer in this forbidden relationship between man and fairy.  The young man succumbs to greed and lust for power and shockingly, betrays his supermodel-looking, winged fairy lover for the throne of the neighboring kingdom that has lived in enmity with the creatures of the moors, lead by Maleficent.  Seriously?  Was this guy dropped on his head or what?  Or maybe he was dropped on his face – he wasn’t that good looking. But, I digress….

Spoiler alert!  Just in case you haven’t yet seen the movie or heard the storyline recounted by friends, don’t worry, I’m not going to share any more of the the plot except to say that where Disney takes you from here is a somewhat meandering journey through the rest of the movie, but the entertainment value of this film can’t be denied.  In fact, I truly enjoyed it!  The story line was engaging and satisfying and the special effects were fabulous.

Where did Disney get the idea for this film I wonder, could it be a result of the stratospheric success of “Wicked” another behind-the-scenes tale of a misunderstood bad girl?  Wherever their inspiration came from, Disney has created a magnificent tale of innocence, strength, love, betrayal, vindication and salvation.  Much like Anna, the heroin in Frozen, we girls don’t always need a knight in shining armor to save us.  Sometimes we have to focus on our own inner strength and the love we give and receive from friends and not pin all our hopes on “love at first sight.”  Considering that Frozen is Disney’s biggest animated hit of all time, it seems that they’ve figured out that an individual isn’t all good or all bad, we’ve all got a little bit of both inside.  It’s choosing to focus on what we’ve gained rather than what we’ve lost that develops maturity and fosters fruitful, long-lasting relationships.  Let’s all take a lesson from Maleficent and decide not to rush to judgment even when hurt because it’s when we lash out in pain that we can possibly cause more damage than what was first done to us.

Disney has always maintained a magical quality, from the first glimpse of the princess castle in the opening of each of their films, to the tales of love lost and found.  Maybe the magic has less to do with the skilled animation or the telling of a tale and more to do with the triumph of the human spirit when we choose to forgive and love anew.  I think Walt would agree! 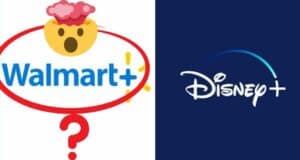 Walmart Sets Its Sights on Disney+ 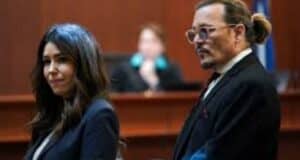 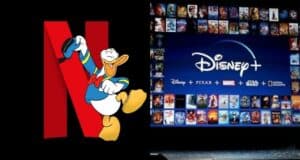