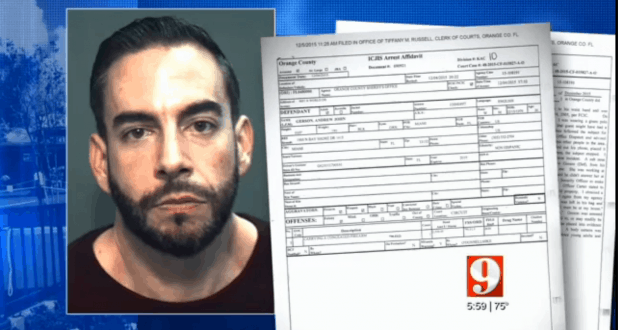 WFTV News is reporting that last Friday a Miami Lawyer was arrested trying to smuggle a gun inside the Magic Kingdom Park in Walt Disney World Resort in Florida.

According to the report, A Walt Disney World security guard noticed a bulge in a mans pants in the bag check line. The man, Andrew Gerson, 36, tried to make a joke about it being part of his anatomy.

The security guard located a sheriff’s deputy and the deputy followed Gerson at a distance, but when he noticed he was being followed, he started running.

The sheriffs deputy reportedly drew his weapon and ordered the suspect to stop.

Gerson then dropped to his knees and admitted he had a weapon. The weapon was a snub-nosed revolver loaded with five hollow-point bullets.

“He did the right thing,” said Orange County Capt. Angelo Nieves. “He offered the commands, and the subject did obey and surrendered to the deputy.”

“We immediately engaged law enforcement and the matter was resolved quickly and without incident,” a Walt Disney World representative said. “Our policies are clear, and we have zero tolerance for any violation of them.”

Investigators said Gerson claimed he had a concealed weapons permit, but officials said the permit expired 10 years ago.

Thank goodness Disney security was on their guard. Way to go Disney!

Tell us what you think in the comments below and on Facebook.

Compete video of the report is available here

2015-12-12
DisneyFanatic
Previous: Which Walt Disney World Park Are You?
Next: 5 Quick-Service Restaurants We Love at Hollywood Studios