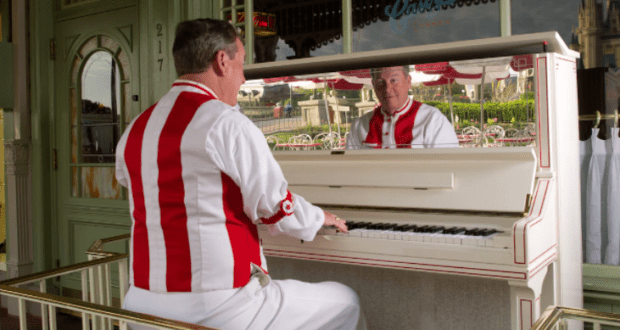 The Disney Parks community was dealt a difficult loss earlier this week with the passing of a beloved Cast Member who was with the Walt Disney Company for over 30 years. Mark Anderson, the talented pianist most known by Disney fans for his roles at Casey’s Corner and earlier at Disney’s BoardWalk, passed away peacefully on January 16, 2022, at the age of 67. 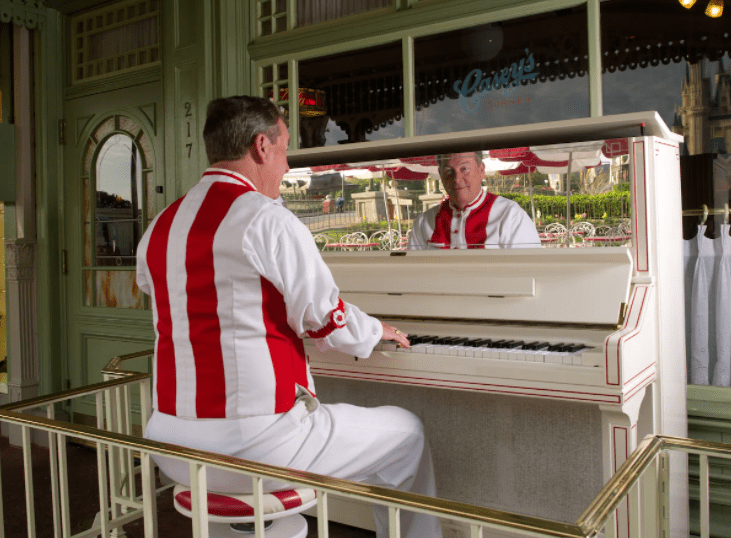 Anderson began his Disney career in 1984 when he performed in a band formed with his wife Luralee at the Disneyland Hotel. The two later moved to Japan in 1986, where they continued to perform with Disney at the Tokyo Disney Resort.

When they returned to the US in 1988, the Andersons settled in Florida where Mark began performing as a ragtime pianist at Casey’s Corner on Main Street U.S.A. in the Magic Kingdom. Perhaps the most iconic location to play the piano at Walt Disney World, Guests who visited Casey’s often quickly got to know Anderson, and regulars came back repeatedly to enjoy his performances at the classic Magic Kingdom restaurant. 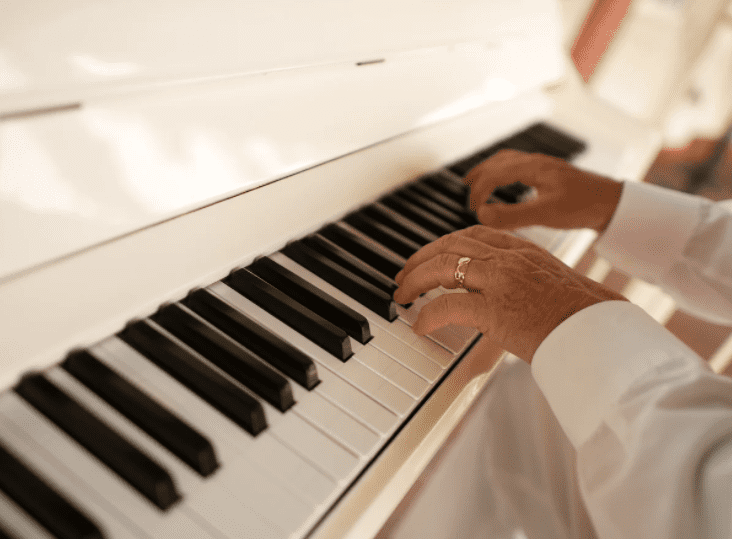 In the earlier days of Disney’s BoardWalk, when buskers and performers were more prevalent during evenings on Crescent Lake, Anderson could also be found in his role as Musicále Mark. In this role, he could be found playing ragtime music on a pedaling piano throughout Disney’s BoardWalk. Anderson also occasionally played the piano located in the lobby of Disney’s Grand Floridian Resort and Spa, too. 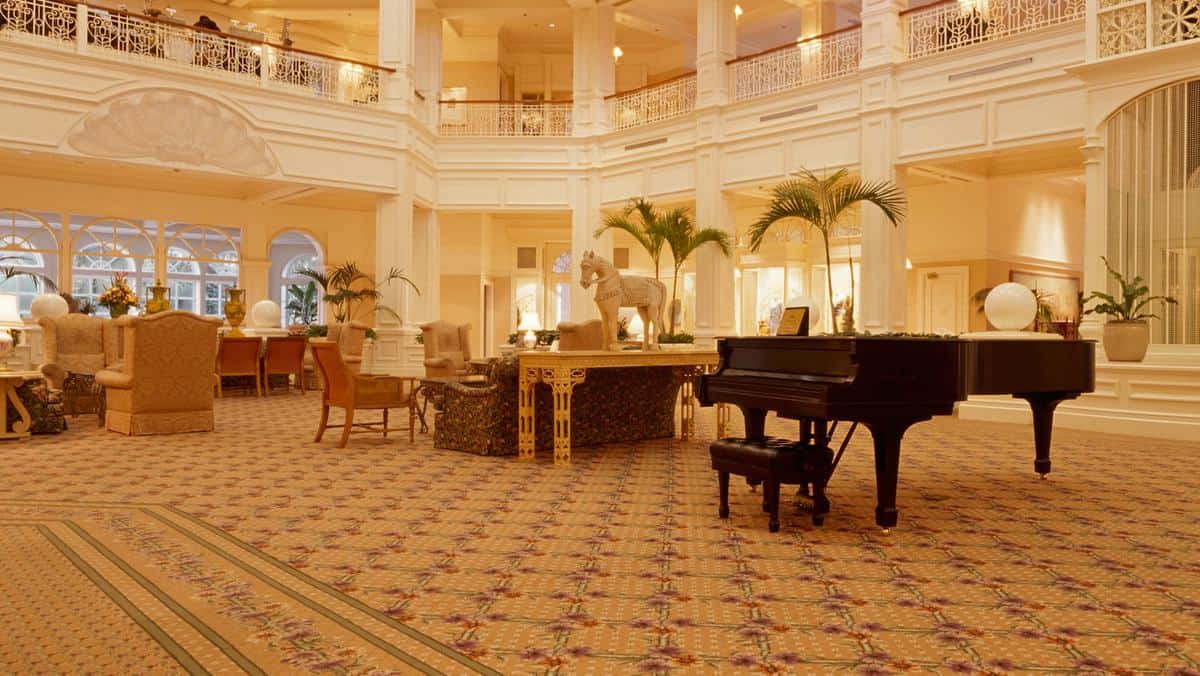 Outside of his performances at Disney Parks, Anderson was an active member of his church where he enjoyed playing the piano, organ, arranging music, and serving as a director for the choir. His love of music was passed on to other members of the family as well, including his children, who became interested in creating their own music after being inspired by their parents.

Anderson will surely be missed by Guests of Walt Disney World, we send our sincerest condolences to his family and friends.