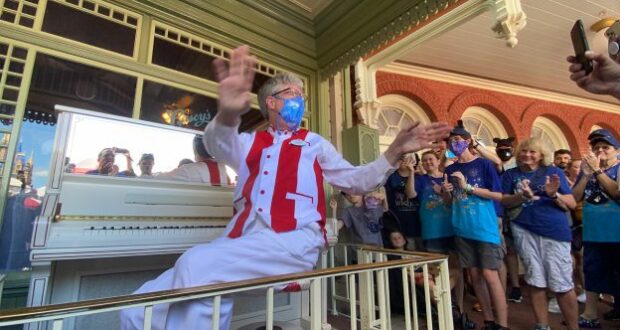 Meet the Piano Player Who Has Performed on Main Street U.S.A. for 50 Years!

Lots of live entertainment has been returning to the Walt Disney World Resort recently (and we love to see it!) One live performance that recently started back up is the ragtime piano player outside of one our favorite restaurants, Casey’s Corner on Main Street U.S.A. in the Magic Kingdom.

The ragtime piano player has been a staple on Main Street since the park opened in 1971, and Walt Disney World kicked off “The Most Magical Celebration on Earth,” by bringing the original piano player out for the first set of the day during the 50th anniversary celebrations.

Cast Member Randy Morris played “Maple Leaf Rag” outside the fan-favorite turn of the century hot dog spot on October 1 of this year. It was the exact song he played 50 years ago when the park opened on October 1, 1971 in that very location! 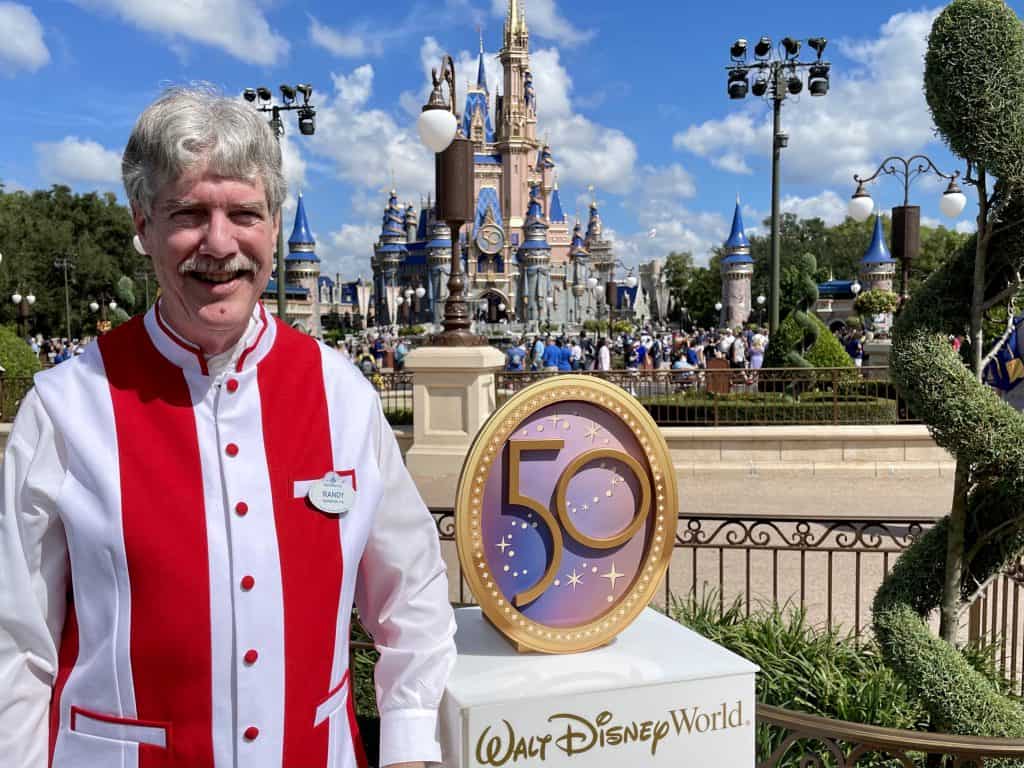 In 1970, Randy was actually living thousands of miles away from Walt Disney World in California, where he was a Cast Member at the Disneyland Resort. That summer, he accepted a contract to move to the East Coast and perform at this very piano in the Magic Kingdom, which is where he ended up for the opening of the park in the following year. 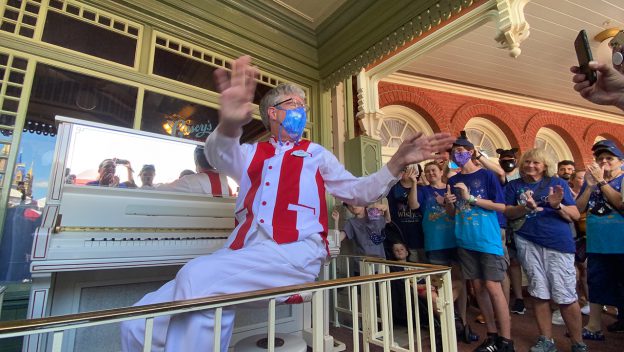 Fifty years later, Randy is back celebrating with Guests for the 50th anniversary of the Walt Disney World Resort playing such classic hits as “Take Me Out to the Ball Game,” and new hits like the original anthem for “The Most Magical Celebration on Earth” titled, “Magic is Calling.”

In the Magic Kingdom alone, Guests can find entertainment continuing to return to the park like the Dapper Dans Barbershop Quartet that performs daily on Main Street U.S.A. and the Casey’s Corner Piano Player. The Magic Kingdom also recently debuted a new fireworks spectacular for the occasion, “Disney Enchantment,” and we are sure there will be even more to see and do coming soon during “The Most Magical Celebration on Earth.”