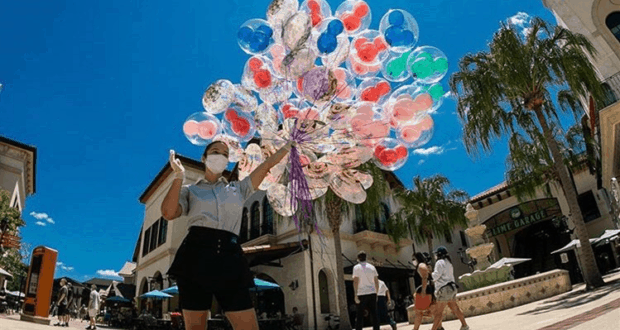 This week produced some good news on the Disney re-opening front.  Disney leaders presented their plans to government officials about re-opening and what will be done to ensure everyone’s safety once the parks re-open.  Guests were given information about when the parks will re-open — Magic Kingdom and Animal Kingdom will open their gates on July 11, while guests wanting to explore Epcot and Hollywood Studios will have to wait until July 15. However, with the parks re-opening, guests will need to abide by new protocols when visiting the parks. Here are the measures that Disney is taking to ensure your health and safety!

For the foreseeable future, Disney is going to insist on guests purchasing tickets in advance for admission to the parks AND require guests to make advance reservations for visiting the parks.  Disney hasn’t announced how the system will work, but tickets alone won’t be enough for guests to get inside.  This ticketing system will allow Disney to keep crowd levels under control and to the capacity limitations required.

When the parks first re-open, guests will not be able to meet their favorite characters, watch any parades, or view nighttime fireworks.  These restrictions are put in place to limit stagnant gathering of guests throughout the parks.  Think back to the last time you were at Disney and wanted to watch the Festival of the Fantasy parade — not only are you standing in one place for the duration of the parade, but also for the 15-20 minutes prior to the start of the parade.

To help with the quick movement of guests through the queues, Disney is temporarily suspending FastPass+.  Since crowd levels will be lower by design, it should be easier to move through the queues for the attractions that will be open quickly.  Disney is also suspending FastPass+ selections since they will be utilizing the FastPass+ queues to be able to socially distance guests waiting in line.  Most of the FastPass+ queues are better designed to quickly get guests to where they need to be as opposed to the switchback queues utilized for the standby queues.

Guests and Cast Members will be required to wear a mask when in the theme parks or in the common areas of their resort.  Young children under the age of 2 are not required to wear a mask.  Wearing a mask in the middle of summer in Florida may not sound like much fun, but you’ll definitely get some very interesting PhotoPass shots, especially on rides!

Similar to restaurants outside of Disney, table service locations at Disney World will be limiting capacity to allow for appropriate social distancing.  To be able to accommodate the logistics to do that, Disney has cancelled all dining reservations at this time and will be opening up reservations closer to the re-opening date.  For the time being, guests will only be able to make dining reservations 60 days in advance, as opposed to the 180 day window that previously existed.

Part of the arrival process will require guests to undergo a non-invasive temperature screening to make sure no one with a temperature over 100 degrees is allowed inside.  Disney has set-up a process that allows a guest who does screen higher than 100 degrees to rest briefly in a tent before a second screen since all guests will be coming to the parks in the hot, Florida sun.

In addition to the normal cleaning processes that Disney follows during the day, Disney will also be making a concerted effort to have guests assist in the cleaning process by having hand sanitizer available throughout the parks and restaurants, as well as encouraging hand washing prior to eating (similar to how food operations work aboard a cruise ship).  Each evening cleaning crews will continue cleaning the parks to leave them clean and sanitized for the next morning.

Finally, to aid Disney Cast Members in being able to clean the parks and keep conditions sanitary, Disney is temporarily suspending Extra Magic Hours.  So, the hours published on the website are the hours that the parks will be open.  Given the experiences offered by each of the theme parks, Extra Magic Hours probably won’t be necessary since lower crowds and shuttered attractions will mean that guests can experience most of what each park has to offer each day.

Going to Disney is going to look different for a while until people are comfortable moving past all of these restrictions and resuming normal activities.  While it may be not the experience that you are used to, we all understand that this is for the safety of everyone and as many people have said, a bad day at Disney is better than most days somewhere else.  Are you going to visit when Disney re-opens?

2020-06-02
Tyler
Previous: We’re Crazy About Jaleo Restaurant at Disney Springs – Here’s Why
Next: 12 Things We Want to Experience First at Walt Disney World Once It Opens!