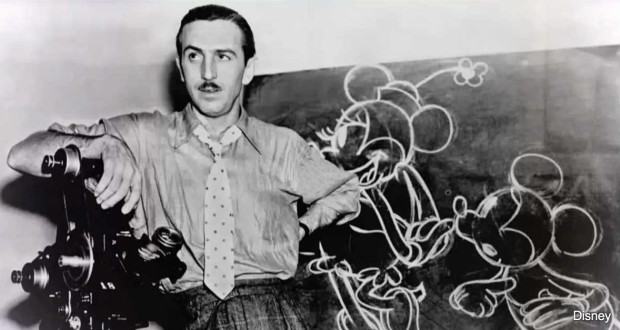 From PBS Video – “Walt Disney created one of the most beloved cartoon characters in history, Mickey Mouse; conceived the first ever feature-length animated film, Snow White and the Seven Dwarfs; pioneered the integration of media and marketing with thousands of branded products; and conceived Disneyland, the world’s first theme park and a three-dimensional realization of his own utopian universe.”

From American Experience – Why We Made “Walt Disney”

Mark Samels, Executive Producer of American Experience, has wanted to make a biographical documentary of Walt Disney for many years. As Samels says, the iconic animator’s pervasive influence on American culture made him “a perfect subject for American Experience.”

“The challenge is, Disney is both a person and a brand,” Samels says, “And for 50 years, the Disney corporation has really been controlling of his image.” In this short video, Samels explains how American Experience’s and PBS’s trustworthy reputations paved the way for filmmakers to gain unprecedented access to the Disney archives in order to tell the in-depth story of Walt Disney — without any editorial input or oversight from The Walt Disney Company.