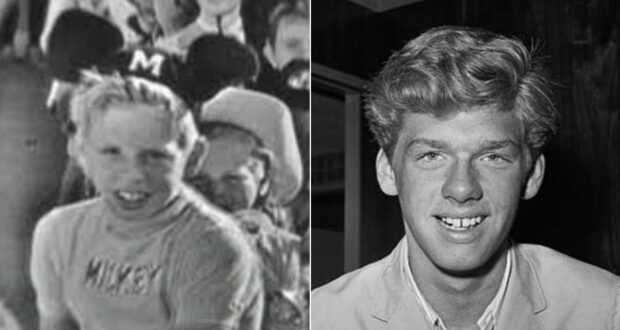 News has revealed that Mickey Rooney, Jr., who was an original Mouseketeer in the 1950s for The Mickey Mouse Club, recently died at the age of 77 years old.

According to Deadline, “Mickey Rooney Jr., the eldest son of Hollywood actor Mickey Rooney who went on to a show business career of his own that included being an original – if short-lived — Mouseketeer, an actor and a member of Willie Nelson’s band, died Saturday at his home in Glendale, AZ. He was 77.”

The message of Rooney’s death was announced on Facebook on July 16, 2022, by a fellow Mouseketeer, Paul Petersen, stating:

“Mickey Rooney, Jr peacefully passed away this morning in Arizona. For the past many years, he lived with and was in the care of Chrissie Brown and her family. I first met Mickey, the oldest of nine siblings sired by his famous father when he and Timmy were hired by Disney to be Mouseketeers in 1955. Mickey Junior was tall and talented. He could sing, dance and act…and get in trouble. We three were fired for Conduct Unbecoming a Mouse!”

“Mickey Junior was the personification of “damaged goods.” He gave all he could. I was born on the same day as Mickey’s father and “The Mic” gave me, unsolicited mind you, the most useful advice I ever got. It is one of my greatest sorrows that he didn’t do the same for his son. Mickey Rooney Junior. Rest In Peace at last. We will see to your wishes.”

The only notation about Mickey Rooney Jr, the original Disney Mouseketeer, by D23 notes: “Rooney, Mickey, Jr. He was hired as a Mouseketeer for the 1950s Mickey Mouse Club, but fired shortly afterward.”

Deadline further notes, “Both Rooneys, as well as fellow Mouseketeer Petersen, were fired before the end of the first season.”

Later in life, Rooney Jr. struggled with substance abuse but became a born-again Christian and went as far as founding an evangelical ministry called “A Minor Consideration,” which supports and defends the working children in the Entertainment Industry – “because that’s where we grew up.”

Our thoughts are with Mickey Jr’s family and friends.