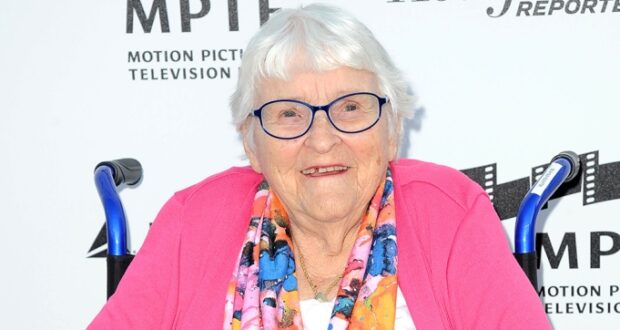 Ruthie Tompson, whose history with the Walt Disney Company began back before Snow White was released, has died at the age of 111. She passed away peacefully at her home at the Motion Picture and Television Fund in Woodland Hills, California, on Sunday.

Her career as a Disney animator began in the Paint and Ink Department of the company and spanned more than 40 years. She retired in 1975, after working on Disney’s The Rescuers, which was released in 1977.

In 2000, Tompson could boast the longest history with Walt Disney and Roy O. Disney, and as such, she was named a Disney Legend, an incredibly prestigious award and honor reserved for those who’ve contributed in extraordinary ways to the work of the Walt Disney Company.

Ms. Tompson was born in Portland, Maine, in July 1910, but she was raised in Boston, Massachusetts. She and her family moved to the Golden State 8 years later. Her affiliation with Disney began even before she went to work with the company, as she grew up only a short distance from the Disney Brothers Cartoon Studio.

She began working when she was 18 years old, but not for Disney. Instead, Ms. Tompson took a job at Dubrock’s Riding Academy. It just so happened that Walt and his brother Roy Disney frequented the Academy to play polo. It was there that Walt offered Ms. Tompson a job as a painter in his Ink and Paint Department, and it was there that she got to put her touches on Disney’s first-ever feature (and the world’s first full-length animated feature), Snow White and the Seven Dwarfs, which made its theatrical debut in 1937.

She made an impression with her work. In fact, she did very well at her job and developed new skills, allowing her to be the prime candidate for a promotion to the role of scene planning at the studio. She had become very skilled in guiding camera movement and in giving final review to animation cells as well.

“Ruthie was a true Disney Legend,” added filmmaker Leslie Iwerks. “As a young girl who began as an extra in the 1920s Alice Comedies—she was directed by Walt Disney himself and watched over the shoulders of Roy O. Disney and Disney Legend Ub Iwerks, working the silent cameras—and living to 111 years old, she was the one person still alive who had known Walt Disney since his earliest Hollywood years.”

Her career spanned several of Disney’s landmark features, such as 1940’s Pinocchio, Fantasia later that year, Dumbo a year later, 1959’s Sleeping Beauty, Disney’s live-action/animated hit Mary Poppins in 1964, and The Aristocats in 1970, and Robin Hood in 1973.