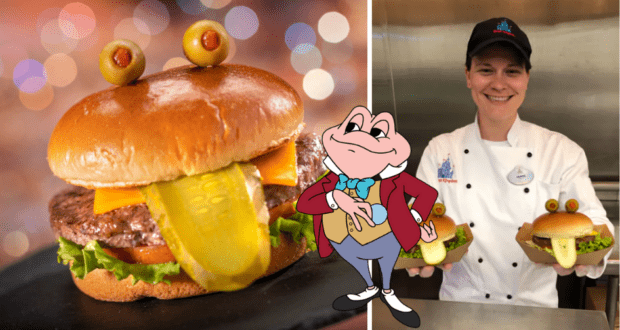 Behind the Scenes at the Creation of Mr. Toad’s Wild Ride-Inspired Snacks at Disney World

Did you know Walt Disney World launched over 100 new specialty menu items in celebration of the resort’s 50th anniversary? “The World’s Most Magical Celebration” kicked off on the 50th anniversary of Walt Disney World on October 1, 2021, and runs through April 2023 with new experiences (and eats!) all inspired by Disney parks and experiences both past and present. The Disney Parks Blog just shared a look at how talented teams of culinary Cast Members at Walt Disney World found inspiration in a classic former Magic Kingdom attraction, Mr. Toad’s Wild Ride. 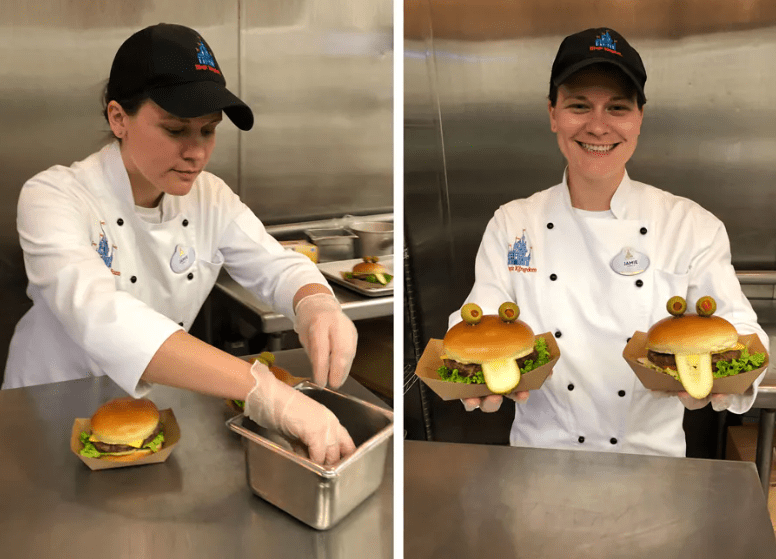 Perhaps the most viral of the items on social media is the Wild Toad Brat Burger, which as its appearance and name gives away, was inspired by the classic former Fantasyland character. Jamie Miller, sous chef, told the Disney Parks Blog, “Mr. Toad is a fun-loving toad that enjoys adventure and we wanted this item to represent that. Our team was inspired to use a brat patty as a base since Friar’s Nook is known for its brats. We also added edible elements we thought guests would enjoy like olives for eyes and a pickle for a tongue to create an animated and fun twist on a traditional burger.” 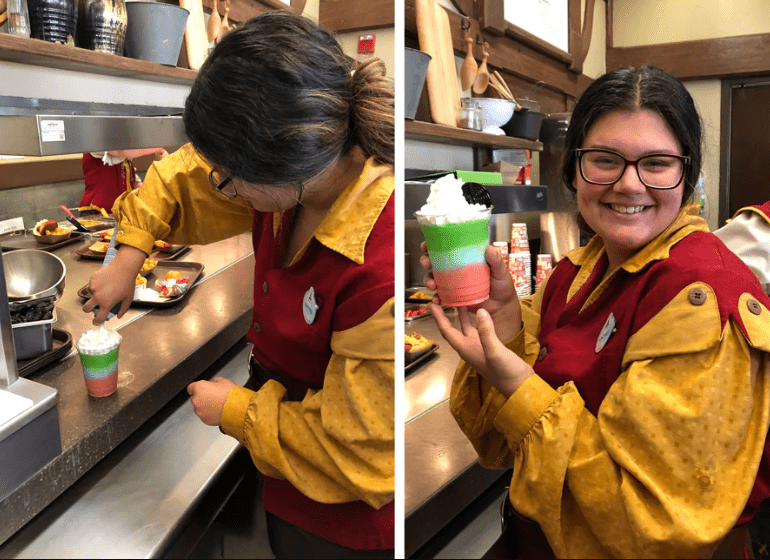 For something on the sweeter side, or to cool off on a warm day in the Magic Kingdom, Guests are invited to try The Wild Ride, a slushy snack inspired by the color scheme of Mr. Toad himself. “We also included some wildly sour and sweet flavors to play off the attraction and included a black licorice wheel to symbolize the ride vehicle that takes Mr. Toad on his wild adventure,” says Chef Jamie.

And for dessert, Guests can try the Mr. Toad Dome Cake which had the park’s pastry team using the shape of a dome cake to craft Mr. Toad’s body topped off with cocoa butter forming an edible vision of his head. Pastry Sous Chef Lisa Hood said, “We used very specific glazing techniques and worked with Disney artists to get his head and body just right.” 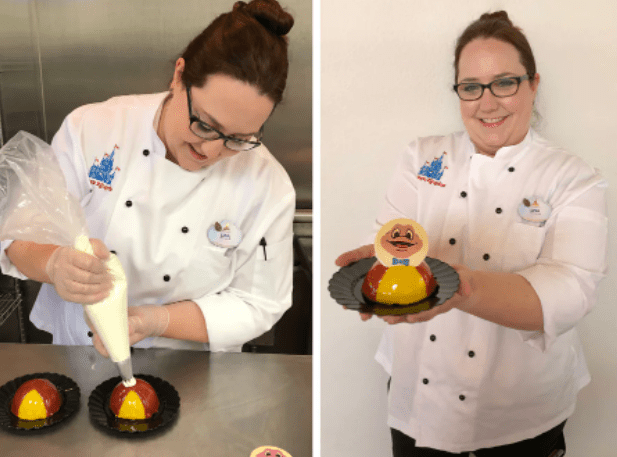 All of the above treats can be purchased at Friar’s Nook in Fantasyland during the 50th-anniversary celebration of the Walt Disney World Resort (with the dome cake available for a limited time). Be sure to try them on your next trip to the Magic Kingdom to see firsthand the talent and creativity of Disney’s incredible culinary team, and to see a glimpse of a former beloved Magic Kingdom attraction.