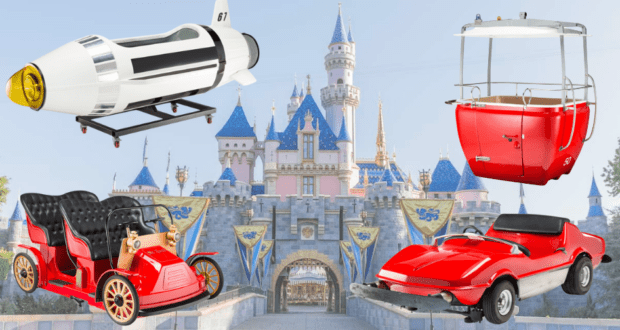 Nearly 700 Rare Disney Park Antiques Are Going Up for Auction

Have you ever dreamed about owning an item from Disney Parks? No, not a souvenir from a store, something more like an original ride vehicle from Mr. Toad’s Wild Ride, or a gondola from the former skyway attraction? Well, if your wallet can handle it, nearly 700 rare items from Disneyland and Walt Disney World are going up for auction later this month! 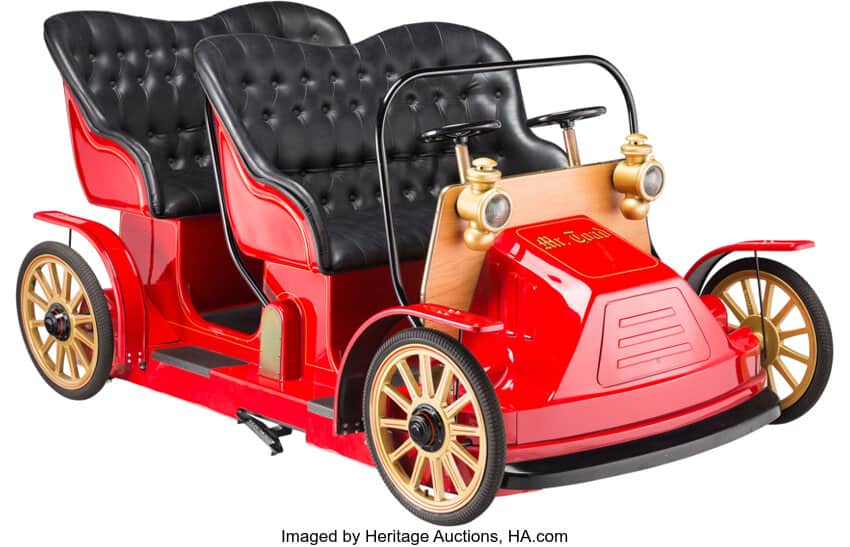 Heritage Auctions is hosting the event which features items from the personal collection Scott Rummell, avid Disney fan, and a voice actor who has lent his voice to numerous well-known movie trailers and promotional campaigns over the years.

Rummel’s collection of Disney artifacts and memorabilia began when he was a child but had grown quite large over the years, then doubled when he married someone who also had a vast Disney collection. Among items Rummel is listing for auction are a couple of ride vehicles including a car from Walt Disney World’s Mr. Toad’s Wild Ride, which once operated where The Many Adventures of Winnie the Pooh is in the Magic Kingdom today, as well as an Autopia car and skyway gondola from Disneyland Park.

In a statement shared with LA Magazine, Rummel said, “At one point, we had one room that was our Disney room—that was where we had it all displayed. When we moved into the house, we thought it was crazy to have all these posters rolled up in tubes, so we hired people who worked for Disney to redesign the house specifically for the collection.”

Among the hundreds of items in the collection is everything from props like lanterns from Liberty Square to training manuals for Cast Members working at select attractions, as well as signs, costume pieces, and lots of memorabilia from both the Disneyland Railroad and the Walt Disney World railroad.

The Autopia car is perhaps the rarest piece going up for auction as it is believed to be the most complete original car from the attraction to go up for auction, with this vehicle dating back to 1967 (the attraction itself opened with the park in 1955.)

The vehicle from Mr. Toad’s Wild Ride is certainly another rare item, and with a starting bid of $10,000 comes with a full professional restoration along with modifications to the car that include updates like functioning headlights and spinning wheels.

You can view some of the items from the auction ahead of the May 19-20, 2022 event on Heritage Auctions’ website. And, if you are ready to buy, bids will be accepted in person at Heritage Auctions’ Beverly Hills office on May 21, 2022.