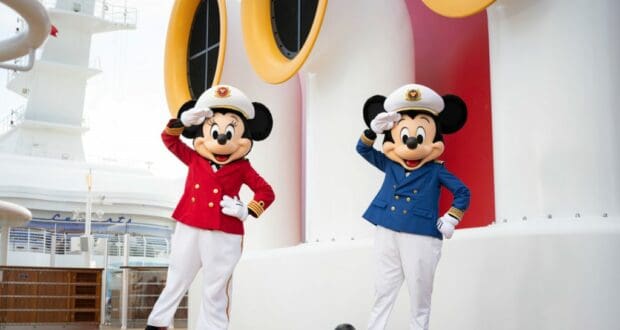 We’ve been following the news of the latest ship to set sail with Disney Cruise Line, the Disney Wish, and today we learned of some new areas coming soon for Guests getting ready to cruise!

The Disney Wish is set to include a totally reimagined version of Disney’s Oceaneer Club (the kids-exclusive area currently available on all Disney Cruise Line ships. The Oceaneer Club is just one of the things that sets Disney’s ships apart from the rest of the cruise industry!) In the new Oceaneer Club aboard the Disney Wish, kids ages 3-12 will be able to immerse themselves into the worlds of Marvel Super Heroes, Disney Princesses, “Frozen Friends, and even Disney Imagineering in all-new ways. The most exciting parts of the kids spaces on the Disney Wish? The Star Wars: Cargo Bay and Mickey and Minnie’s Captain’s Deck!

Learn more in the video below:

At the new Star Wars: Cargo Bay, kids and families will be immersed in the Star Wars galaxy, and kids will be able to take on the role of creature handlers allowing them to work with exotic creatures like porgs, worrts, and more.

Augmented reality will come into play as Guests will use datapads to study these creatures and set out on special assignments. On top of all of this, participants will even be joining a secret mission involving a pair of stowaways from the Resistance, Rey and Chewbacca! 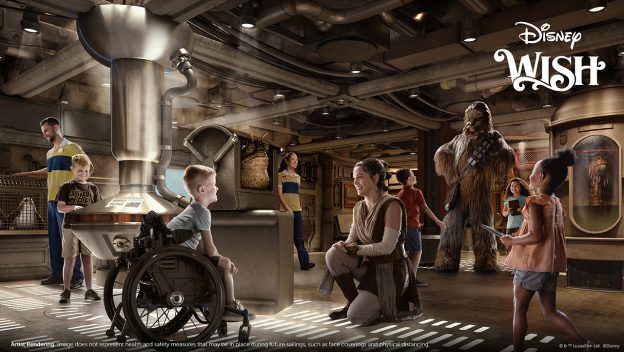 Following all of this, new caretakers will participate in the “Star Wars: Creature Challenge,” which puts their newly developed skills to the test, while still allowing them to call on Rey and Chewbacca if they need some assistance.

In an all-new area designed especially for the youngest cruisers, Mickey and Minnie’s Captain’s Deck will be an extension of the Oceaneer’s Club with a full nautical-inspired playground. The area will be filled with physical and sensory-style games and activities perfect for toddler cruisers. While in this area, little ones can even spend some time hanging out with the captains themselves! This area will be open at select times for families to participate in group play, too. 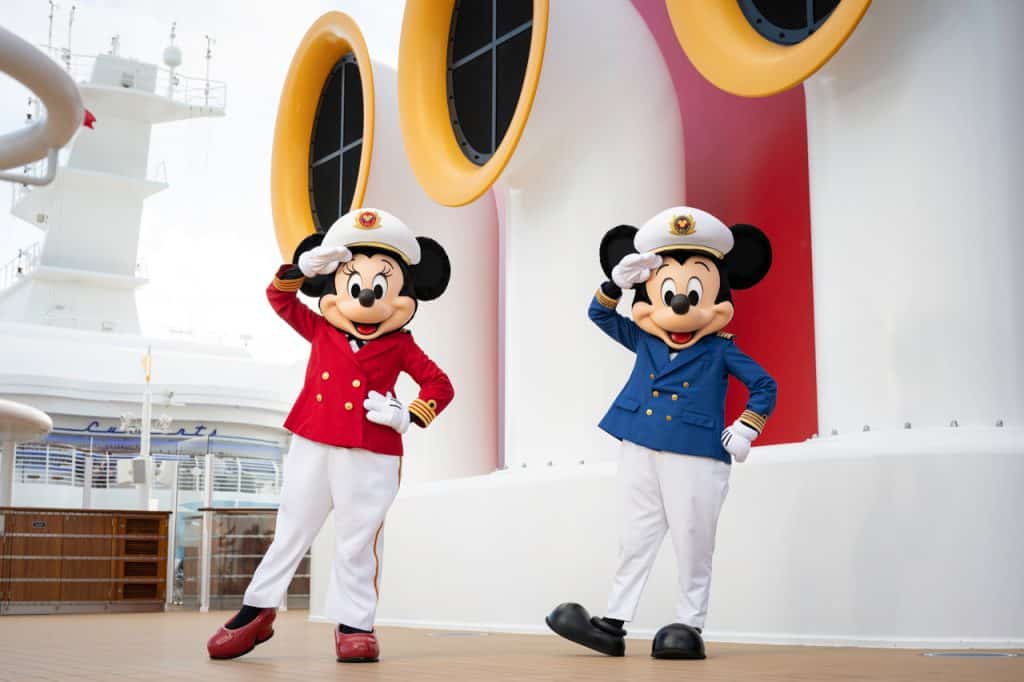 Minnie’s Captain Academy is a new signature experience coming to the Disney Wish, giving kids the chance to exercise and let out some energy through games, dancing, and maritime “drills,” while putting their imaginations and problem-solving skills to the test through STEAM activities. In the end, they will become honorary captains!

Fans of Marvel and Disney Princesses will find their own experiences aboard the Disney Wish, too, as well as areas made exclusively for adults, families, and teens, and the incredible entertainment and service Disney Cruise Line is known for.