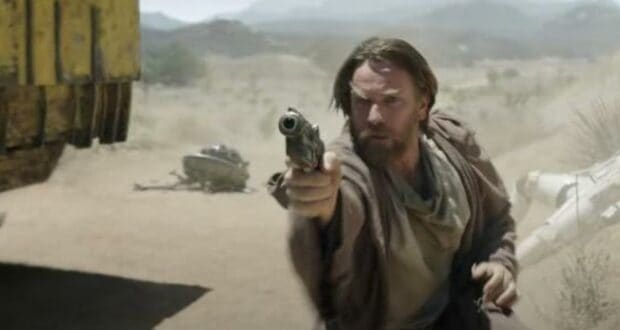 ‘Obi-Wan Kenobi’ Part III: Better, The Force is Getting Stronger

Wednesday, June 1, saw the release of the third episode of Disney+’s limited series, Obi-Wan Kenobi. Last Friday, I wrote an admittedly scathing review of the show’s double-episode premiere, but I made it clear that I would continue watching the show in its entirety. I stand by my view that the two-episode premiere was extremely disappointing, but I also stand by my word to watch and report on the remaining episodes in the series. So, here is my take on Part III.

It is now clear that the show demonstrates true hommage to the prequel series in making episode 3 the best of the first three. Obi-Wan Kenobi Part III delivers on what much of the first two episodes were lacking and more of what was originally expected, at least by me.

While the same elements of acting and writing remained disappointing, Part III replaced false suspense with false security, delivering just under an hour of gorgeous cinematography that was visually fulfilling, unique, and very fluid. It was also a patchwork of all the different staves in the Skywalker Saga that worked for the immediate story and did not fall into the trap of nostalgia triggers.

As I say in the title of this review, the Force is getting stronger. Now, we are off to somewhere exciting and interesting: a true blank spot on the cinematic map.

But first, let’s dive in once again.

Where are we in the story?

After “barely” making their escape off the Planet Daiyu, Obi-Wan Kenobi (Ewan McGregor) and little Leia Organa (Vivien Lyra Blair) travel on a cargo ship to the planet Mapuzo where they have to meet up with a contact to get them off-world and back to Alderaan.

The episode opens on a montage of Obi-Wan meditating, attempting to contact his old master Qui-Gon Jinn but is instead haunted once again by a nightmarish barrage of one-liners from the prequel series and the previous two episodes. That transitions to Vader’s palace on Mustafar, where fans see Anakin removed from what appears to be a bacta tank and “dressed” into his menacing masked appearance.

After talking with Reva, the inquisitors send out probes to all the mining systems where they locate Kenobi on Mapuzo. Shortly after that, their original contact finds them, and Obi-Wan Kenobi discovers what will become known as the Rebellion.

But shortly thereafter, we finally get the first confrontation between Kenobi and Darth Vader/Anakin Skywalker (Hayden Christensen) in an emotional scene where our title hero has to face off against the ferocity of Vader while simultaneously grappling with the sudden reality that his former padawan is still alive.

The episode ends on a more emotionally charged cliffhanger, as Kenobi gets rescued and Leia gets recaptured by Reva.

This episode is filled with callbacks to the first six movies of the Skywalker Saga in ways that naturally fit the needs of the story rather than simply serve as fan service.

Beyond the fact that another firey Obi-Wan Kenobi/Darth Vader confrontation happens in Episode 3, what stood out to me most was seeing Vader’s team hunting with a slew of probe droids, and the scenes showing the probes’ activation and launch bring a sense of fulfillment to the probe launches found at the beginning of Empire Strikes Back. The blue holographic communications between Vader and Reva are equal to what fans see in the Original Trilogy, and there were obvious callbacks to Mustafar in Revenge of the Sith. And while this may be a bit of a stretch, I found myself flashing back to The Phantom Menace and seeing young Anakin trail behind Qui-Gon Jinn as I watched Kenobi and little Leia walk across the hills of the mining planet.

There continue to be flashbacks to Order 66 and its Jedi genocide, and it is still hard for me to tell if Kenobi blames himself for everything that happened. What continues to be the shining light in this series is McGregor’s acting performance. Throughout the episode, his fear and anxiety remain believable. One can tell he is holding something back, right behind his eyes, when he talks to Leia about his past and shares a little about her mother. His paranoia and uneasiness are infectious as he navigates stormtroopers, which turns the faceless soldiers into a symbol of uncertainty in its purest form.

In his confrontation with Vader, McGregor simultaneously provides a genuine face of terror staring down the masked cyborg, the shock of learning that Anakin is still alive, and the deepest, torturing sense of remorse. It is due to this flood of emotion that Kenobi loses so quickly to Vader.

Perhaps the most concerning aspect of McGregor’s character is his timidness. The suave confidence of The Negotiator appears to be gone, and his acceptance of a normal life appears natural. This reaction to each confrontation creates a similar sensation I felt watching Bruce Banner fail to turn into the Hulk during Avengers: Infinity War. The difference now, however, is that there is an even more obvious tragic irony to Kenobi’s supposed impotence. Hayden Christensen and James Earl Jones finally made a full return to the screen as the most famous Sith Lord in the galaxy.

Christensen’s posture commands a terrifying presence. Almost all sense of humanity is removed from his stride and the swing of his blade. But there is no awkwardness in his stride after walking on his new legs for over a decade. Simply that, as Kenobi says in A New Hope, “he’s more machine now than man.”

There was personal anger in Vader’s heart as he told his old master, “I am who you made me,” and threw him into a fire to get a sense of the pain he felt years ago and a ferocity that drives him to kill the innocent townspeople to draw the compassionate Jedi out of hiding. But in proper Anakin Skywalker fashion, his anger betrays him. And Kenobi is given time to escape as Vader satisfies his desire to watch his old master suffer rather than deliver a clean, quick kill.

Still Not a Fan of Third Sister/Reva

Reva still leaves something to be desired. Moses Ingram’s voiceovers in Kenobi’s meditation montage redeem her performance in the previous two episodes to a degree, but her facial expressions continue to cause her character to fall short, manifested best by the dead-eye, slack-jaw stare she wears when Vader is speaking with her early in the episode.

But even at Ingram’s best, it is the overall function of this inquisitor character that is becoming increasingly annoying. She is becoming a perpetual third wheel that will not give two people enough respect to leave them alone and let them sort out their tension together. At the climax and utter heart of this series is Obi-Wan’s continued battle with Darth Vader. Their unfinished business, and the gap in their story between Mustafar and the Death Star, is what people want to see. Not some new rogue character with a chip on her shoulder who we already know is going to be gone along with her other inquisitors before A New Hope.

The episode ends with Reva supposedly capturing Leia while Obi-Wan gets taken away to safety. But it is so frustrating that Leia was captured by Reva. Because it can only take away from the central story in a selfish way, that still needs to prove its overall benefit to me. It would have been better to have seen stormtroopers infiltrate the tunnels and pick little Leia up.

My prediction: Reva is going to have a chance to take Kenobi herself, but she will be killed by Vader for getting in the way.

Last Thoughts: Fantastic Cinematography and the Next Duel The camerawork for Part 3 was absolutely sensational, especially when it came to the confrontation between Vader and Kenobi, and the lightsabers were lit. I realized that the past two episodes lulled me into a false sense of security, and the camera with the script gave the whole episode a sense of quality uneasiness.

As for future episodes, it is obvious that Obi-Wan Kenobi and Darth Vader are going to cross blades again. And when we do, we are going to see the more refined, reborn Obi-Wan Kenobi, who is ready to partake in what is hopefully the most jaw-dropping and intense lightsaber duel since Revenge of the Sith.

I hope the Force continues to build, and I am more excited to see what comes next this Wednesday.