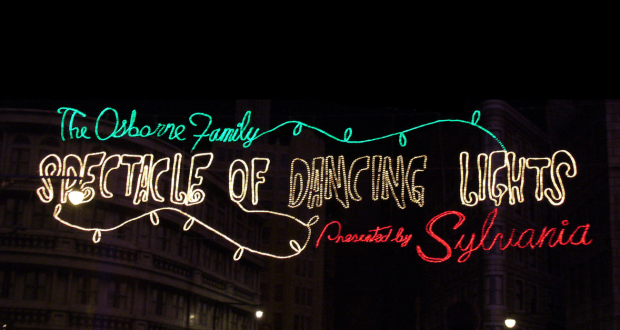 We have some sad news to report … TheOsborne Family Spectacle Of Dancing Lights Is Ending at Walt Disney World.

From the Official Disney Parks Blog.

“As you plan ahead, we also wanted you to know that this holiday season will mark the finale for The Osborne Family Spectacle of Dancing Lights. The display of lights has enjoyed a successful run at Disney’s Hollywood Studios, going all the way back to when it first appeared on Residential Street.

In order to prepare for some incredible experiences coming to the park, including the recently announced Toy Story Land and a Star Wars-themed land, we will not be able to present The Osborne Family Spectacle of Dancing Lights in the future. Our heartfelt thanks go out to the family of Jennings Osborne for letting us share their family tradition year after year. And thank you to all of you for being part of the spectacle with us. Here’s to making more memories in this, the 20th and final year.”

In case you have never heard of The Osborne Family Spectacle of Dancing Lights here are a few things you should know.

The story behind it is a beautiful one. Arkansas resident, Jennings Osborne was a “Santa of Lights”, who began decorating his home by covering it with a thousand red lights. That wasn’t enough to satisfy his love of lights. He purchased the two houses on either side of his home and began decorating them also. This was the beginning of a phenomenon which included millions of flashing lights, multi-colored lights, custom-made light sculptures, and a 75-foot Christmas tree covered with lights. This display drew onlookers from all over Arkansas and the nearby states, which caused major traffic jams. Neighbors were displeased by the traffic problems, sued Mr. Osborne, and eventually the lights were turned off. But, that is not the end of the story. When Mickey Mouse heard about the Osborne light situation, he offered the Osborne family a venue for their fabulous lights, Walt Disney World. Jennings and his family were thrilled to accept Mickey’s offer, and the Disney made all the arrangements to have all the Osborne lights transferred to Florida, their new home.

If you think you’ve seen Christmas lights, you haven’t seen anything yet! The Osborne Family Spectacle of Dancing Lights may not be a show or ride, but it offers millions and millions of dazzling lights synched with holiday music and twirling carousels good enough to be considered entertainment. There are a plethora of buildings completely covered in lights making it a truly immense wonderland. The multi-colored lights twinkle as your favorite holiday tunes play, and they are joined by reindeer, angels, toy soldiers and Santa himself. This sea of lights is truly unlike any other vision you will ever see. Best of all, it is included in the park admission! This is a walk-through area of the park, so it doesn’t require fastpasses or advanced reservations. The Osborne Spectacle of Dancing Lights is put on during the holiday season (from November through the first week of January) each year.

Read more about the Osborne Family Spectacle of Dancing Lights