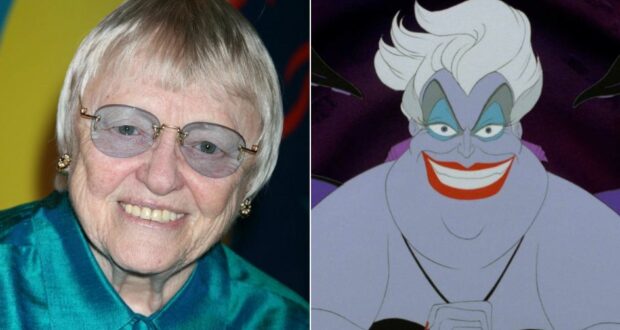 Sad news to report, as we have learned, the legendary Pat Carroll passed away at the age of 95.

Pat Carroll was a veteran actress and comedian on stage with multiple appearances in television and film. She is likely most known to the Disney fandom for her incredible voice role of Ursula, the villainous Sea Witch the Disney’s animated classic film, The Little Mermaid (1989).

According to Deadline, “Comedian and actress Pat Carroll, a television pioneer and an Emmy, Drama Desk and Grammy winner, died at her home on Cape Cod, Massachusetts on July 30, while recovering from pneumonia.”

RELATED: Target Is Selling a 6-Foot Inflatable Ursula, and We Want One!

In 1965, she costarred as “Prunella,” one of the wicked stepsisters in the 1965 production of the musical version of Cinderella.

Outside of Disney involvement, the talented actress was a frequent film actress in the late 1940s, with her talents seen on Jimmy Durante Show, The Danny Thomas Show, Laverne & Shirley, ER, and many other shows.

Pat Carroll frequently noted that her favorite role was that of the voice of Ursula and reprised it as often as she could.

We are so thankful Carroll shared her gifts with the world! She will forever be a voice we remember and know well through Ursula. Our thoughts and sympathy are with the Carroll family and friends during this difficult time.