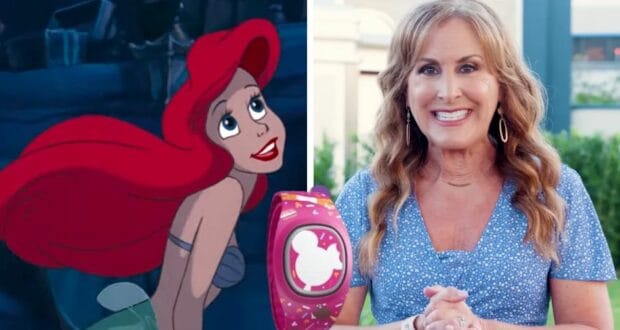 The beloved Disney Legend who voiced the little mermaid Ariel in the 1989 Disney movie The Little Mermaid has just returned to Disney — Disney’s Hollywood Studios, that is — for an adorable reunion with Ariel’s friends Sebastian the crab and Flounder the fish!

Like many Disney voiceover actresses, including Susan Egan from Hercules, Disney Legend Jodi Benson is famous for embracing her role and treating her biggest fans to some very sweet surprises (including some surprise “Part of Your World” performances at weddings)! 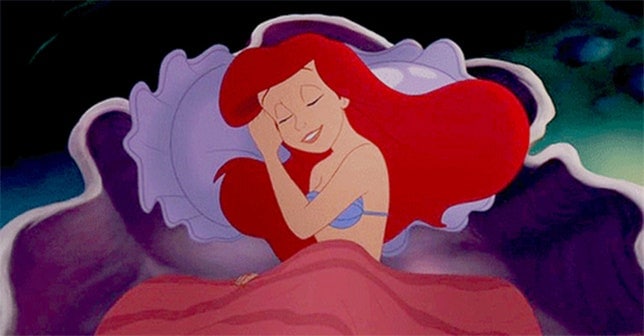 Ariel is the little mermaid and Disney princess who is voiced by Disney Legend Jodi Benson! Credit: glamour.com / Disney

Jodi Benson was in Walt Disney World Resort’s Hollywood Studios Disney Park recently to celebrate Walt Disney World’s 50th anniversary, but also to show off the new MagicBand+ that is being released very soon and includes lots of new features like “color-changing lights, haptic vibrations, and gesture recognition.” Benson was, of course, sporting the MagicBand+ design that features Ariel and several other Disney princesses such as Pocahontas. 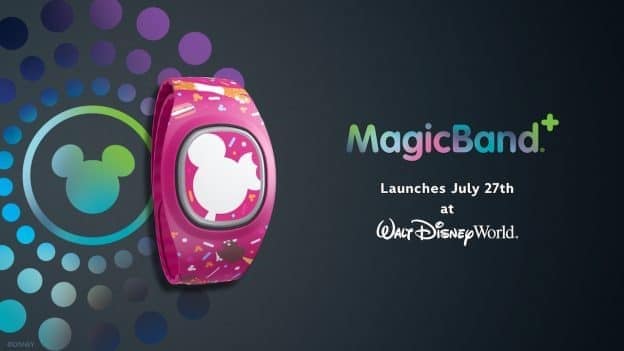 “I just got this brand new thingamabob — I mean, MagicBand+ — and I just can’t wait to try it out,” Benson enthused. “This version [with the Disney princesses on it] just happens to be my absolute favorite.”

“Tink has loaded my MagicBand+ with Pixie Dust,” she added, referring to the special Disney Fab 50 Quest that is currently available for Disney World Guests as she began “spreading [Tink’s] Pixie Dust with a magical wave.”

Benson then had a sweet interaction with Sebastian and Flounder’s 50th-anniversary statues, which were displayed behind her in the Disney Park! Plenty of Guests can interact with the special 50th-anniversary statues using their new MagicBand+ wristbands  in Disney Parks like the Magic Kingdom or Hollywood Studios, but to see a Disney Legend interacting with the characters is particularly magical.

Are you excited about the update to MagicBand+, and have you been following Jodi Benson’s career ever since she played Ariel? Did you notice her cameo in the Amy Adams and Patrick Dempsey movie called Enchanted?