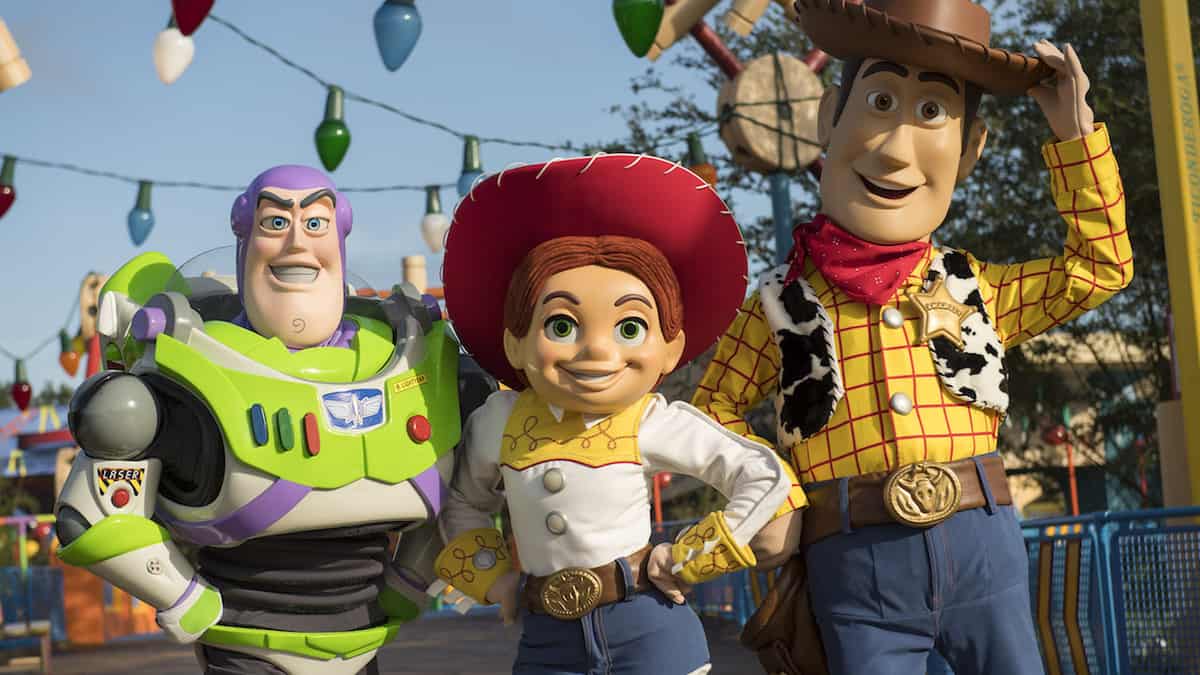 Guests will be greeted inside the Toy Story Land park by Andy's toy friends: Buzz Lightyear, Jessie the Cowgirl, and Sheriff Woody.  The hope is that other characters will be added over time. Several of the most-loved characters (Rex, Ham, Mr. Potato Head) are already a physical part of the attraction. There currently is no word on whether Disney will add in a new character to the Meet and Greet. Looking for Woody? He will usually be near Toy Story Mania, while Buzz can be found closer to Woody's statue near the entrance. Jessie can be found hanging out by the fence with Andy's name on it. When they get the chance, these friends like to roam. Keep your Mr. Potato Head eyes peeled!