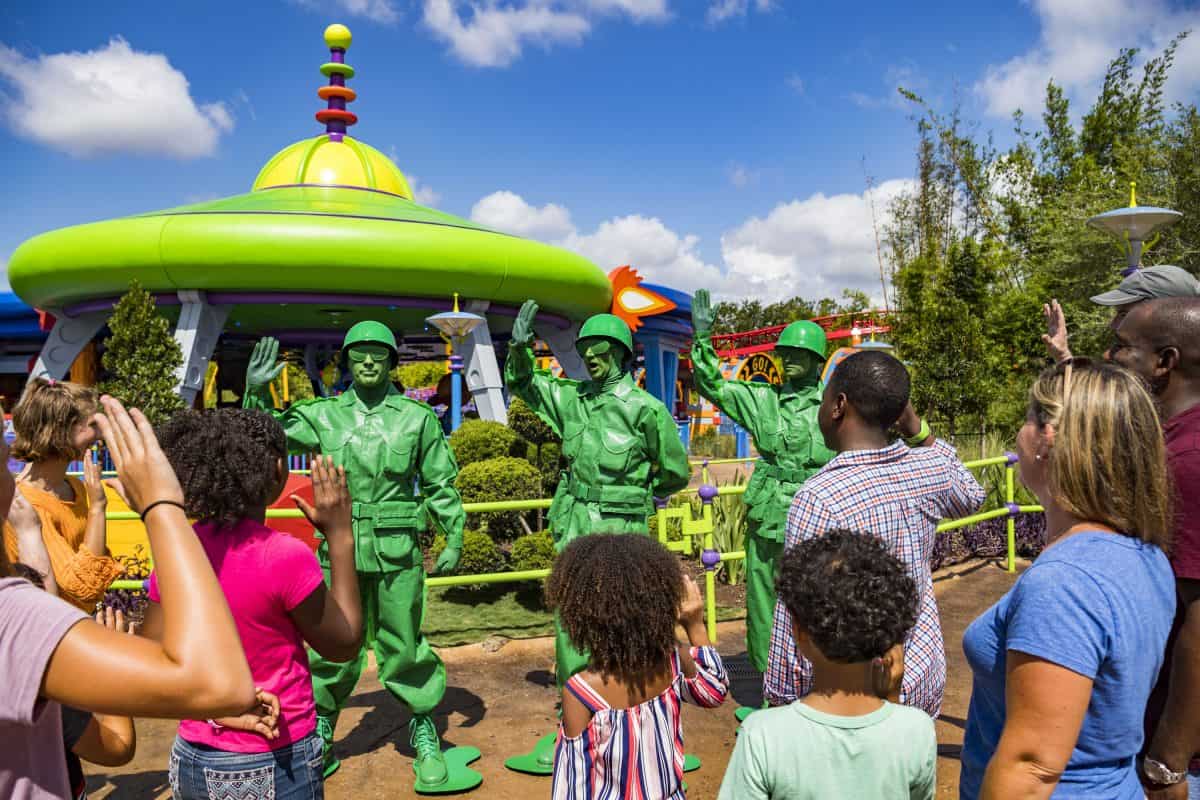 When visitors enter the park, they are greeted by the Green Army Men (and now, women!). The soldiers that have become quite a hit at Disney World have been upgraded. Not only have they gone co-ed to represent the growing diversity in military forces, but the characters now have faces and a voice! According to show director, Tom Vazzana the Green Army Soldiers will be seen in two different choreographed shows while in Toy Story Land: Green Army Patrol and Green Army Drum Corps.

For the patrol, “It’s kind of like a parade,” Vazzana told the Orlando Sentinel. “The whole land becomes a music track. They come out with choreography. Then they break out and play in a show stop. Then it processes again.”

That's not all! The Green Army soldiers are looking for new recruits and testing their skills with a game of "Sarge Says!" Do you think you have what it takes to be the perfect recruit?