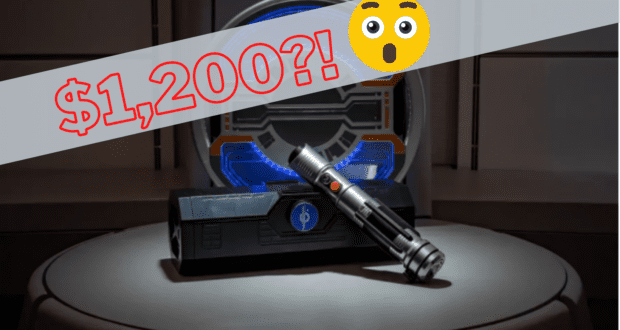 Resellers have caused challenges for Guests at Walt Disney World looking to buy limited edition (and sometimes not even limited edition) merchandise for some time. While inventory challenges will likely not arise from the latest Disney reseller controversy, we have already been finding some items that are available for sale exclusively aboard the Star Wars: Galactic Starcruiser popping up for some extremely high price points on eBay. 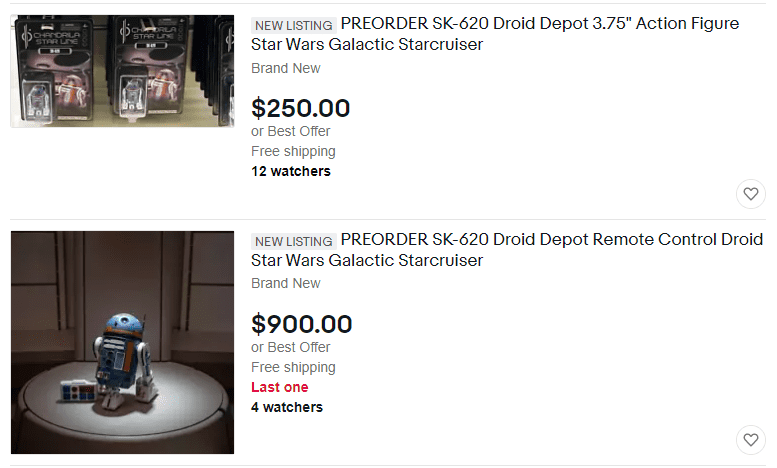 A quick search of “Star Wars: Galactic Starcruiser” on the online auction site brought up multiple listings for lightsabers, clothing, and droids that are only available onboard the Halcyon. Prices for the items currently listed on eBay range from approximately $800-1,300 depending on the specific piece.

So far, the ship has not been open to the general public, with the first bookable voyages departing from Walt Disney World tomorrow, on March 1, 2022. At this point, Disney has hosted a media stay where Guests were largely comprised of journalists, news outlets, bloggers, and social media influencers, along with their own invited friends and family, along with Make-A-Wish families who were among the first groups to spend time on overnight voyages. Select Walt Disney World Cast Members were also invited to stay aboard the Halcyon during pre-opening overnight stays.

Local Walt Disney World media producers had been invited to a preview of the Star Wars: Galactic Starcruiser, too however the media preview was condensed and only lasted about four hours as opposed to the full two-night immersive experience, and Guests in attendance have reported that they were not given time to shop. 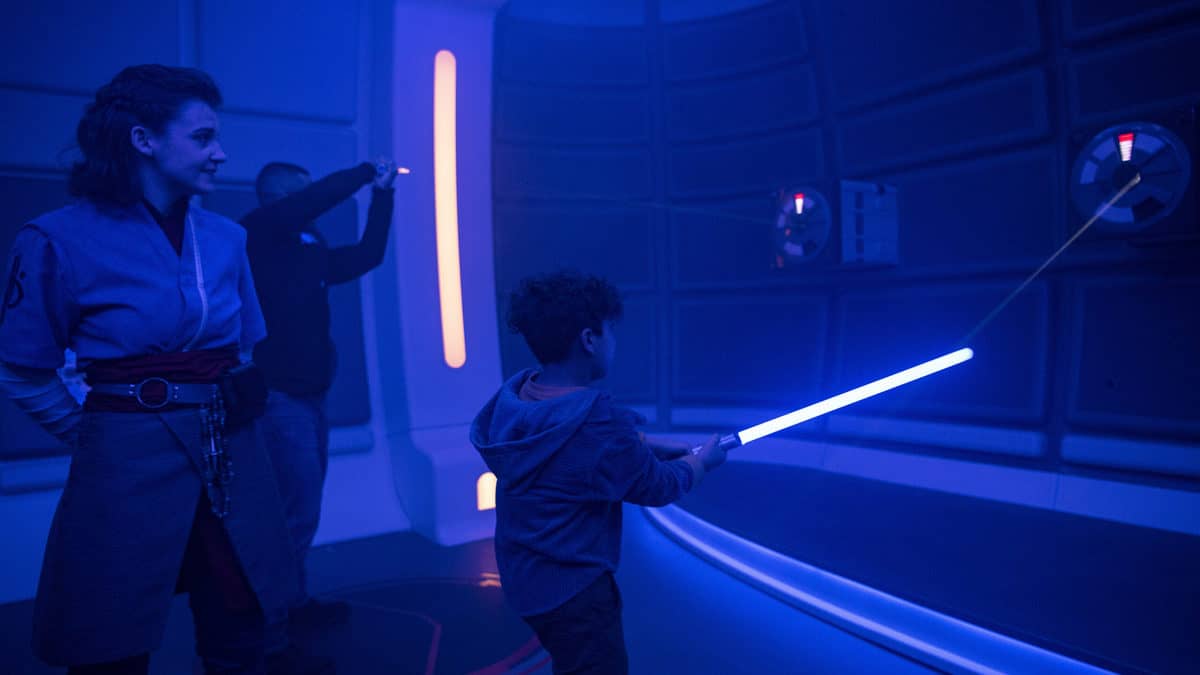 Also noteworthy is that some of the eBay listings include stock photos of the merchandise from Disney and a note that the sellers are offering the items as a presale, which implies that those resellers have not yet taken a voyage aboard the Star Wars: Galactic Starcruiser. In this case, one has to wonder if reselling these items is even worth it (after the cost of the voyage, a minimum of $4,800-6,000 depending on one’s party size, they would need to purchase the items and then…hope they will make a profit on eBay? It seems risky…)

The items are available on the Halcyon in the Chandrila Collection shop located just off the ship’s atrium, and since the online listings have surfaced Disney has installed signs indicating that select items are limited to two purchases per cabin.

Nevertheless, Disney fans do not seem surprised that resellers were quick to the draw with items available aboard the Halcyon ship, and it will certainly be interesting to see how this plays out once more Guests had the Star Wars: Galactic Starcruiser experience.

The Star Wars: Galactic Starcruiser is the newest immersive Disney experience, opening to Guests who have voyages booked beginning tomorrow, March 1, 2022. While on board the Starcruiser, Guests are immersed in their own Star Wars story through dramatic story events, unique dining opportunities including the main dining room and sublight lounge, an excursion to Batuu in Star Wars: Galaxy’s Edge, and accommodations in a standard cabin, or Galaxy Class Suite.