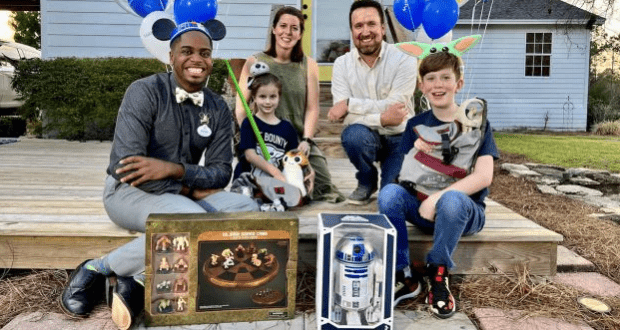 Walt Disney World is number one in the business of creating happiness, and one of the resort’s latest magical moments came to a number of Wish families who were just surprised with a voyage aboard the Star Wars: Galactic Starcruiser! Disney teamed up with Make-A-Wish and other wish-granting organizations to find some of the first Guests to experience this all-new totally immersive Star Wars experience.

See the families’ reactions for yourself in the video below, shared by the Disney Parks Blog:

The families chosen for initial voyages on the Star Wars: Galactic Starcruiser came from all over the country to experience a trip to a “galaxy far, far away.”

The Walt Disney Company has quite a history of working with Make-A-Wish, and in addition to these most recent experiences, Disney has assisted in granting more than 145,000 Disney-inspired wishes for Make-A-Wish children and their families around the world. 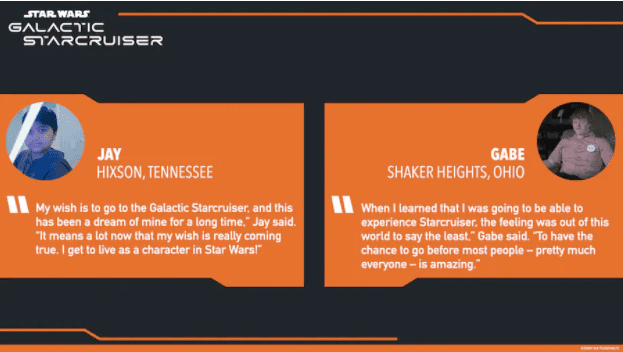 Luke, seen in the video above, was thrilled to learn he would be voyaging aboard the Star Wars: Galactic Starcruiser as a young Jedi himself. On the subject of wish-granting for Luke and his family, Walt Disney World Ambassador Raevon Redding shared with the Disney Parks Blog, “To see the pure shock and excitement spread across Luke’s face was like nothing else I’ve ever experienced. I can’t wait to see that joy grow as he boards that magnificent ship for the first time.”

In addition to traveling aboard the Star Wars: Galactic Starcruiser, Guests like Luke will also visit Star Wars: Galaxy’s Edge as an excursion at Disney’s Hollywood Studios theme park. The Halcyon Starcruiser itself and its strop at Black Spire Outpost are sure to offer memorable experiences for the Star Wars fan, and families like Luke’s are thrilled to be among the first Guests to experience the latest concept from Walt Disney Imagineering.

Along with granting specific wishes like this one, Walt Disney World has supported local Central Florida communities with a $3 million donation in honor of the resort’s 50th anniversary. The company also works with Toys for Tots and Make-A-Wish annually during the holiday season and all-year-long on the granting of hundreds of thousands of wishes at Disney Parks around the world. 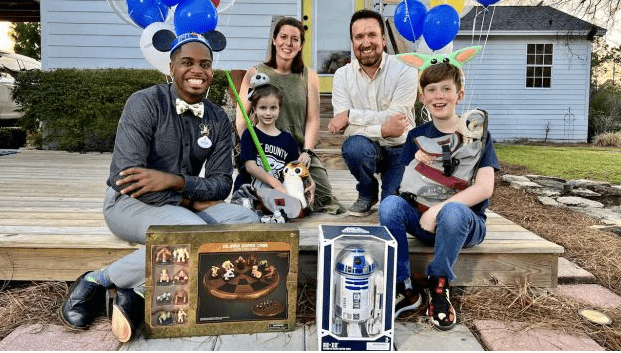 The Star Wars: Galactic Starcruiser will be embarking on its maiden voyage from the Walt Disney World Resort very soon, on March 1, 2022, and complete information on this new experience, including Star Wars characters onboard, unique dining opportunities, activities, and more are StarWarsGalacticStarCruiser.com.