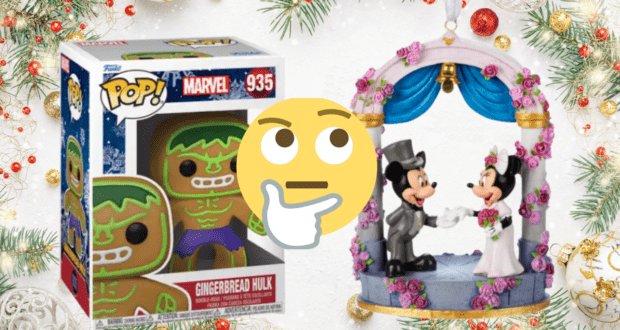 We’re back with another shopDisney update, and this is an…unseasonably festive one! While checking new arrivals on the official Disney store website today, we came across a number of holiday items including new Disney character ornaments, Gingerbread-inspired Funko! Pops, and some new additions to the golden statue ornament collection. These new arrivals probably have you wondering the same thing we are…Why is new holiday merchandise just showing up now?

Before we get into why the new holiday merchandise is arriving “new” in February, let’s take a quick look at what these items include. 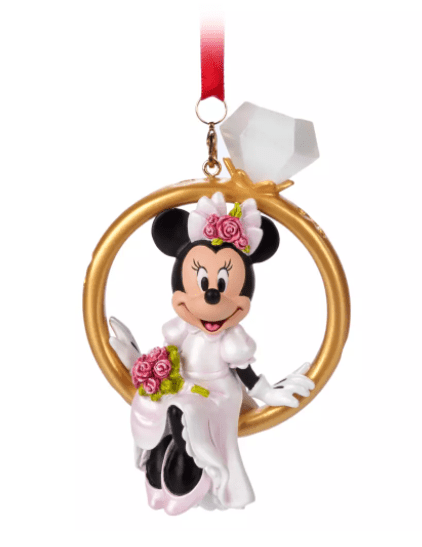 Among the new ornaments introduced, many are wedding-themed featuring Mickey Mouse and Minnie Mouse with flowers and rings, along with a couple of “baby’s first Christmas” items. These ornaments are priced between $22.99 and $26.99 and seem like typical styles that would come out as part of the annual holiday collection, with the exception perhaps of this “Be Mine” ornament that we could see working for Valentine’s Day (which would be seasonably appropriate.)

Other new ornaments that just arrived on the site include designs inspired by the real-life Fab 50 Character Collection statues that Guests can find all around Disney theme parks right now for the 50th anniversary of the Walt Disney World Resort. These ornaments were intended to be broken up into smaller sets for their release, so it isn’t that odd that some are still coming out now, however other 50th-anniversary merchandise has been on the site since October 1, 2021. 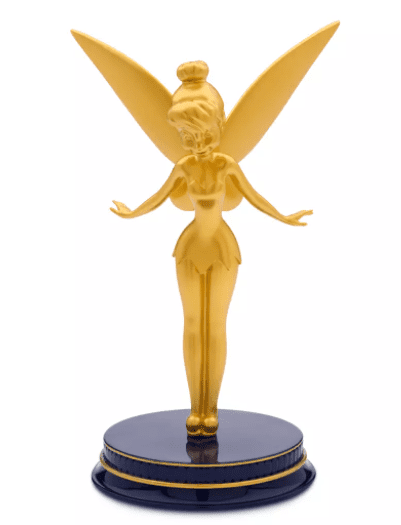 Lastly, these Marvel Gingerbread Funko! Pops were released by Funko on December 19, 2021, which makes sense for holiday-inspired collectibles, but they did not arrive on shopDisney until today. Consistent with most other Funko! Pop figures, these are priced at $12.99 each.

Why is all of this holiday merchandise just showing up now? There are a number of factors at play here, but we think the primary reason is supply and shipment challenges. Shipping delays have been a theme of the entire COVID-19 pandemic, and they are especially challenging when it comes to event-specific and seasonal merchandise. (It’s happening in other industries, too, but if you’re anything like us you probably aren’t paying as much attention to other retailers as you are to Disney!) 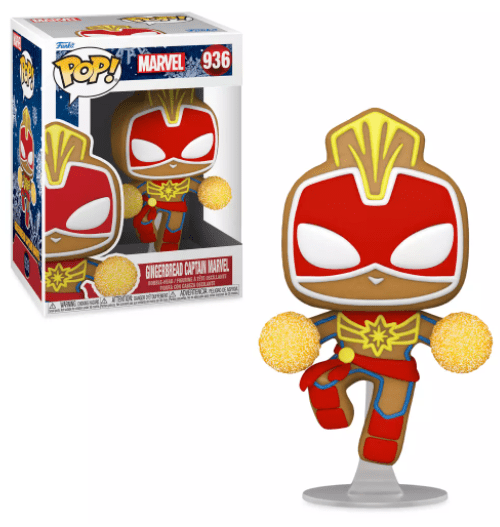 Shortages and shipping delays are also likely culprits for why we are at times seeing more “limited edition” items than usual and why so much Halloween merchandise is still available at the Disney Character Warehouse in the Orlando Premium Outlets. One of the most interesting items to make its way to the warehouse is the Mickey Mummy popcorn bucket that regularly sold out at both Walt Disney World and Disneyland last fall but has been plentiful at the outlets.

While we hope the shipping delays and shortages continue to improve so that more items will be available when they should be “new” in Disney theme parks and on shopDisney, we do recommend checking out the Disney Character Warehouse in the meantime, and the new arrivals on shopDisney. We usually have some sort of an idea of what items will show up in either location however the current challenges have brought on some surprises when it comes to shopping for Disney Parks merchandise, so you never know what you might find!