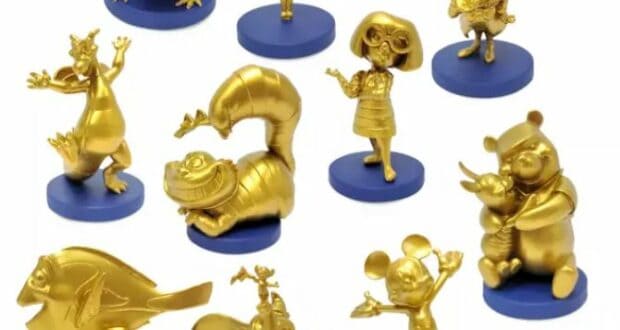 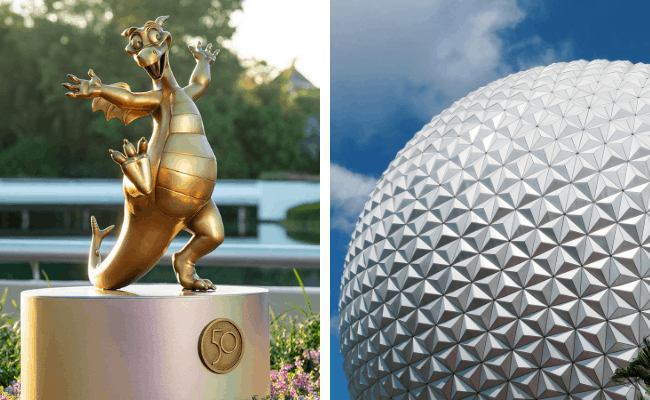 When Walt Disney World 50th anniversary Happy Meal toys debuted at McDonalds earlier this year, some fans took to their local craft stores to paint the figurines gold, using them to create mini statues of the ones in the parks or ornaments for their Christmas trees. We are surprised it took Disney this long to create merchandise based on the statues in the parks, but we finally have a way for those of us who are less crafty (or missed some of the McDonalds, toys…Tracking down 50 toys is a lot o Happy Meals!) to take home some of these unique pieces. 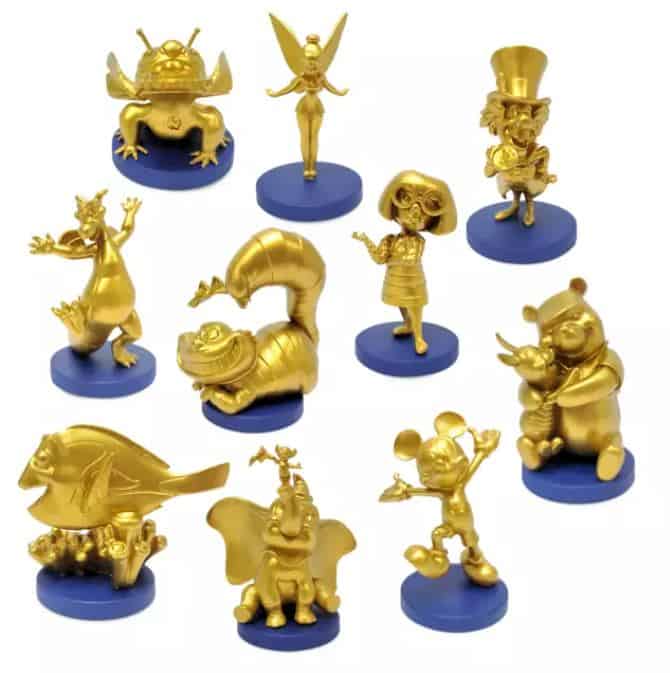 The latest in the lineup of Walt Disney World 50th anniversary souvenirs to hit shopDisney, the Walt Disney World Fab 50 Character Collection of golden miniature figures comes in a series of 10 different possible characters in blind boxes. While you will not know which character you have until you open the box (and as such, this item cannot be returned or exchanged), the possibilities for characters in Series 1 include: Mickey Mouse, Dumbo with Timothy Mouse, Tinker Bell, Cheshire Cat, Mad Hatter, Winnie the Pooh with Piglet, Stitch, Edna Mode, Dory, and Figment. These figures look to be high quality collector’s items with golden finishes and solid bases, and since they are a part of “The World’s Most Magical Celebration” they will only be available to purchase for a limited time.

To purchase yours, at $9.99/piece, head over to shopDisney today. We recommend ordering early as like any special items for the 50th anniversary of Disney World, they are likely to sell out and be in limited quantities.