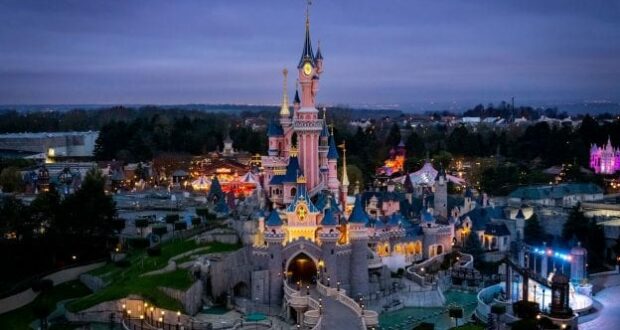 Sleeping Beauty Castle in Disneyland Paris has been undergoing a refurbishment to spruce up the castle’s exterior for quite some time, and today, the newly updated castle has finally been unveiled to Guests as they walk right up Main Street while visiting this Disneyland park. Walt Disney Imagineering Cast Members worked alongside a talented construction crew to get the castle’s refurbishment work completed ahead of the 30th anniversary of Disneyland Paris, which will take place throughout 2022 at this Disney park and the Walt Disney Studios Park.

On the castle refurbishment, Walt Disney Imagineering Paris Art Director Tracy Eck told the Disney Parks Blog, “It was the first time we undertook something so monumental. Certain effects have even been improved so that the castle’s structure will be even more resilient in the upcoming years. It took nearly a year to complete these works on site with all of the teams. Painters, electricians, gilders, craftspeople in charge of the tiled roofs… It was a hive of activity.”

Disney Imagineers worked with local French and European craftspeople who were skilled in historical preservation to keep up with Disneyland Paris‘ Sleeping Beauty Castle‘s status as an important French monument. During the refurbishment, crews worked in various areas of painting, carpentry and ironworking to create the finished product Guests will see when they visit Disneyland Paris. 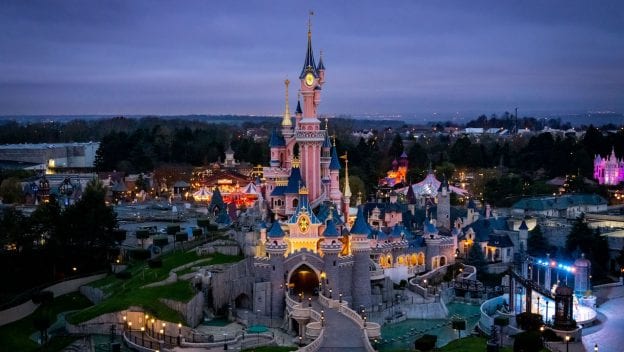 Sleeping Beauty Castle stands at 141 ft. tall, with his highest tower rising up 55 ft. and coming in at a weight of 15 tons. That is a lot of castle to cover during a year-long refurbishment! In total, the castle’s renovation took Disney Cast and crewmembers over 50,000 hours. During that time, 19,900 late tiles were designed and installed onto the roofs of the structure using 19,900 hooks cut from 4.8 miles of slate. 41,200 gold leaves were applied by hand, and 1,200 liters of paint were used to complete the project.