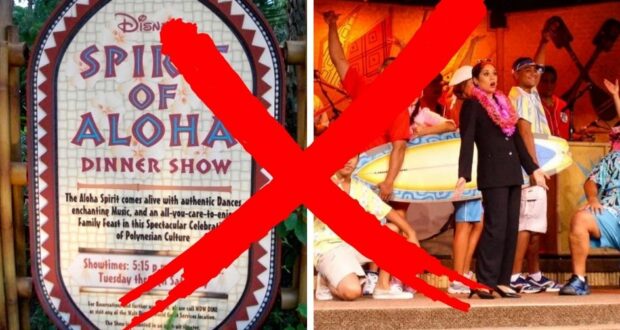 “Spirit of Aloha” Is Permanently Closed 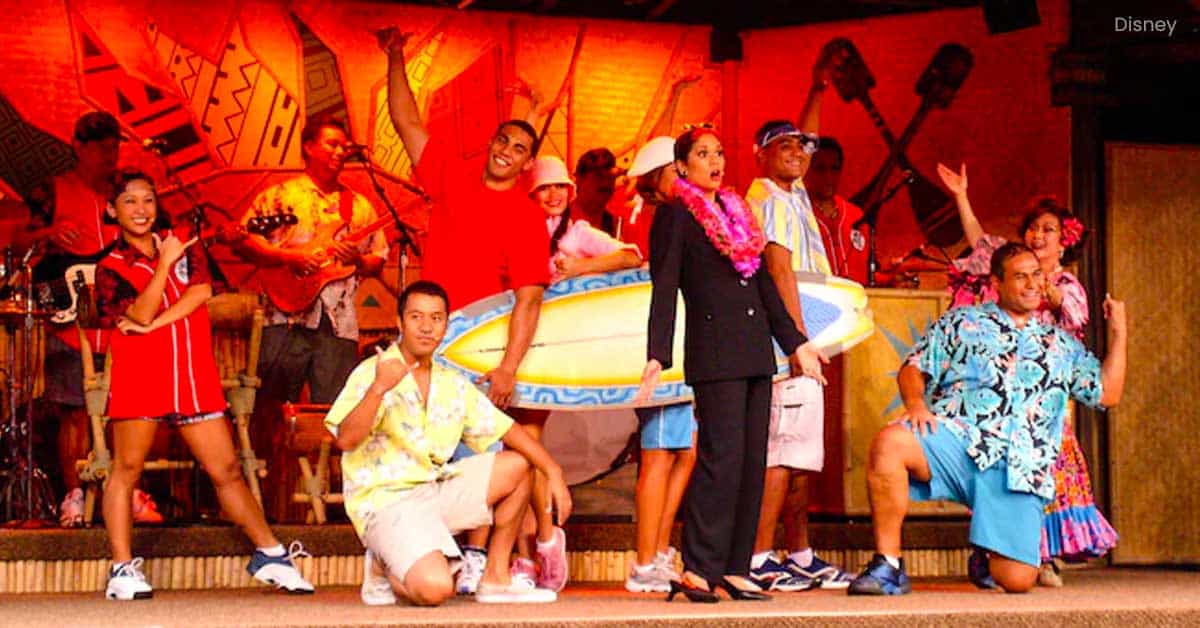 The Spirit of Aloha dinner show at the Polynesian, a popular live show that provided many Guests with lots of good feelings and Polynesian spirit! Credit: Disney

The Disney website currently just says that the Spirit of Aloha show is “temporarily unavailable”, but now we know better. The show’s description promised Disney Guests “an enchanting luau with Polynesian dancing and an all-you-care-to-enjoy, family-style feast”, and positive opinions of the show have revealed that it certainly delivered on all counts!

The luau was hosted by a character named Auntie Wini who was “hosting a fun-filled luau to say goodbye to one of the local girls [who was] headed to the ‘mainland’ for college”. The dinner show took place in the open-air theater with comfortable seating within Luau Cove, and dances from Tahiti, Samoa, Tonga, New Zealand, and Hawaii were included.

The Polynesian Resort, which oversees the Seven Seas Lagoon and can be found in the Magic Kingdom Resort Area Credit: Society of Explorers and Adventurers Fandom

There will be a new set of Disney Vacation Club villas coming to the Polynesian Resort for Disney Guests, and Scott Gustin did confirm on Twitter that “the new DVC addition will also pay homage to the Spirit of Aloha shown that will not return to the Resort”. See the Tweet below for the original source!

Disney Vacation Club just announced new villas coming to Disney’s Polynesian Village Resort — projected to open in late 2024. The new DVC addition will also pay homage to the Spirit of Aloha show that will not return to the resort. pic.twitter.com/lr1gB5L6My

Shows with live performers are often some of the best shows to be found on a Disney vacation, with plenty of opportunities for humorous or magical interactions with Cast Members and entertainers. The fact that this luau also provided Guests with amazing food will just make its absence all the harder to accept; delicious dishes like Aloha pulled pork, Polynesian ribs, or Pineapple Guava Cake and Chocolate Cake made for a memorable meal!

Fans have already been expressing their disappointment about the show’s removal from the Polynesian Resort entertainment lineup. Aloha does mean hello — but unfortunately, in this case, it also means goodbye. Were you a big fan of this dinner show and luau at the Polynesian Resort near the Magic Kingdom?