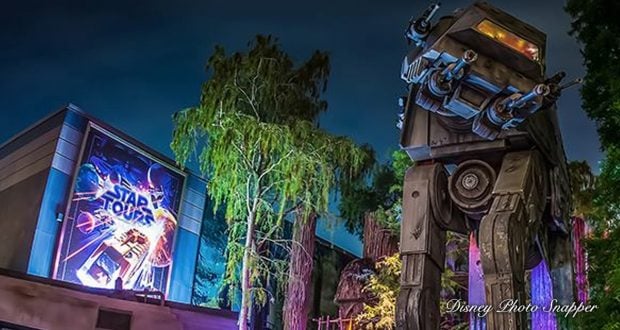 Star Wars 101: Where To Go and What To Do To Experience The Force at Disney’s Hollywood Studios

There’s been an awakening—have you felt it? The force is alive and strong at Disney’s Hollywood Studios and it’s luring Star Wars fans of all ages in to experience it. Though Star Wars Land is still a few years away from debuting, there is certainly no shortage of Star Wars experiences throughout the park. If you need your Star Wars fix, here are five things to do to help you feel the force:

5. Star Wars: A Galaxy Far, Far Away and The March of The First Order – Throughout the day, two special performances take place on the stage directly in front of the Chinese Theatre. Feel intimidated as Captain Plasma leads the Stromtroopers from the Launch Bay, through the crowd and up to the stage. Be warned—they have no problem getting close to you! You can also stick around and be introduced to some of your favorite characters from the original Star Wars and Star Wars: The Force Awakens on the same stage. Keep your cameras out and ready—there will be plenty of photo opportunities!

4. Jedi Training: Trials of the Temple – If you have little Star Wars fans in your family, this experience is exclusively for them! Register your kids early in the day to participate in this experience where they will receive the best jedi training before battling members of the Dark Side, including Darth Vader himself! And don’t worry—you’ll be able to watch it all go down on the stage directly outside of the Star Tours attraction.

3. Star Wars: A Galactic Spectacular – If you love nighttime shows at Disney, this is sure to become a new favorite for you. Watch as the force awakens in the sky above you with lasers and fireworks set to the epic Star Wars soundtrack. There are even projections across the Chinese Theatre of various scenes from the movies, making this a dream come true for Star Wars fans. Plan on choosing a viewing spot at least 45 minutes prior to show time since this is a popular experience.

2. Star Tours: The Adventure Continues – You can’t experience Star Wars in the park without riding Star Tours! With the release of Star Wars: The Force Awakens, some of your favorite characters have been added to the different sequences you can experience while on board your starspeeder. And be sure to look your best while buckling your seatbelt—you never know if you’ll be chosen to be the rebel spy!

1. Launch Bay – This is the ultimate Star Wars experience for fans visiting the park. With replica movie props, games, merchandise and two character meet and greets, this section of the park will appeal to fans of all ages. Chewbacca is ready and waiting to greet you with a huge hug on one side of the bay and Kylo Ren is waiting on the other side to scare and intimidate you—so choose wisely! There is also a 10-minute ‘behind the scenes’ movie in the launch bay theater that features special interviews with directors, writers and producers from the Star Wars saga. There’s plenty of things to do and see to keep you entertained, and out of the Florida sun, for hours!

The force is strong at Disney’s Hollywood Studios and there are plenty of ways for you to experience it. Whether you’re just becoming a fan of the series or you’ve been hooked since it first began, there’s something for everyone to enjoy. Be sure to check out one of these Star Wars offerings during your next trip!