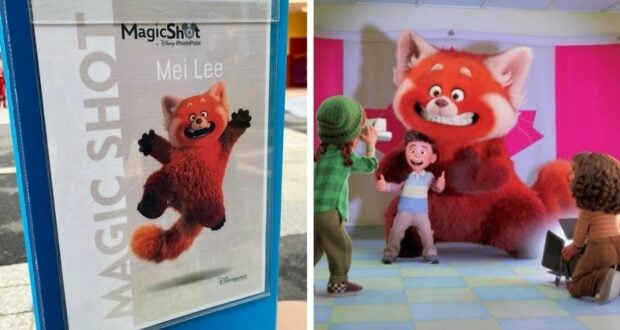 Take Your Picture With Mei From ‘Turning Red’

The new animated Walt Disney movie Turning Red has been receiving varied reviews from audiences since its premiere on the streaming platform Disney+, but fans who enjoyed the movie and identified with the circa-2002 version of Mei Lee from the Disney film can now experience their own Mei Lee photobomb in a new way!

Disneyland Paris has announced that a Turning Red Disney PhotoPass Magic Shot is available in Toon Studio. Now you can pose with Mei Lee, just like the giant red panda Mei Lee poses with other teenagers in the animated movie!

📸 A #TurningRed Magic Shot is available in Toon Studio: pic.twitter.com/dKLbltGVpc

In Turning Red, Meilin Lee chooses to capitalize on her inherited ability (or, as her mother — who is voiced by actress Sandra Oh — would say, inherited “inconvenience”) to turn into a giant red panda by selling photo opportunities of her red panda Mei Lee self in order to buy concert tickets. Informal red panda photos with her best friends are featured heavily in the film, as are paid photo opportunities with Mei Lee’s classmates, so a PhotoPass Magic Shot opportunity like this Disneyland Paris Resort one makes sense! 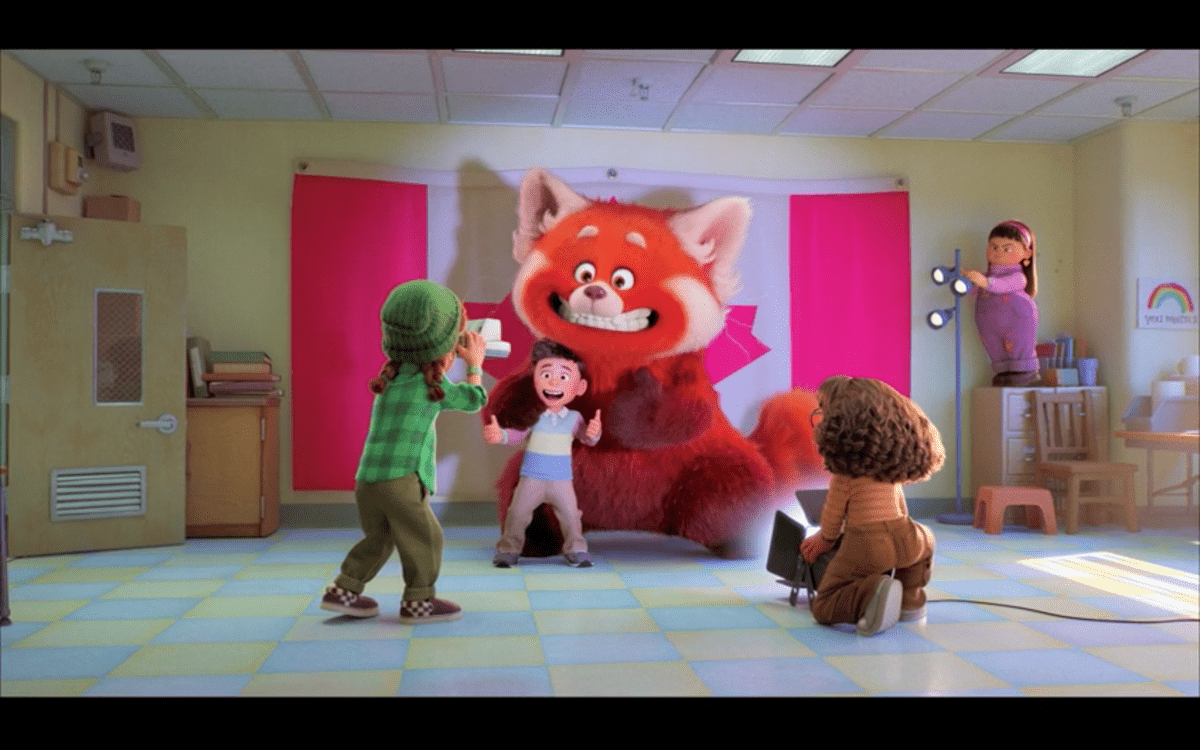 Mei Lee as a giant red panda and her friends in the Walt Disney Animation Studios movie ‘Turning Red’, directed by Domee Shi and produced by Lindsey Collins. Credit: Disney/Pixar

Magic Shot photo opportunities are only available at certain Park locations or attractions, but they can be a lot of fun, so paying a visit to Toon Studio for this Turning Red Magic Shot might be worth it if you’re an ardent Disney fan who wants to share red panda photos with your community — and if you identify with Mei Lee! 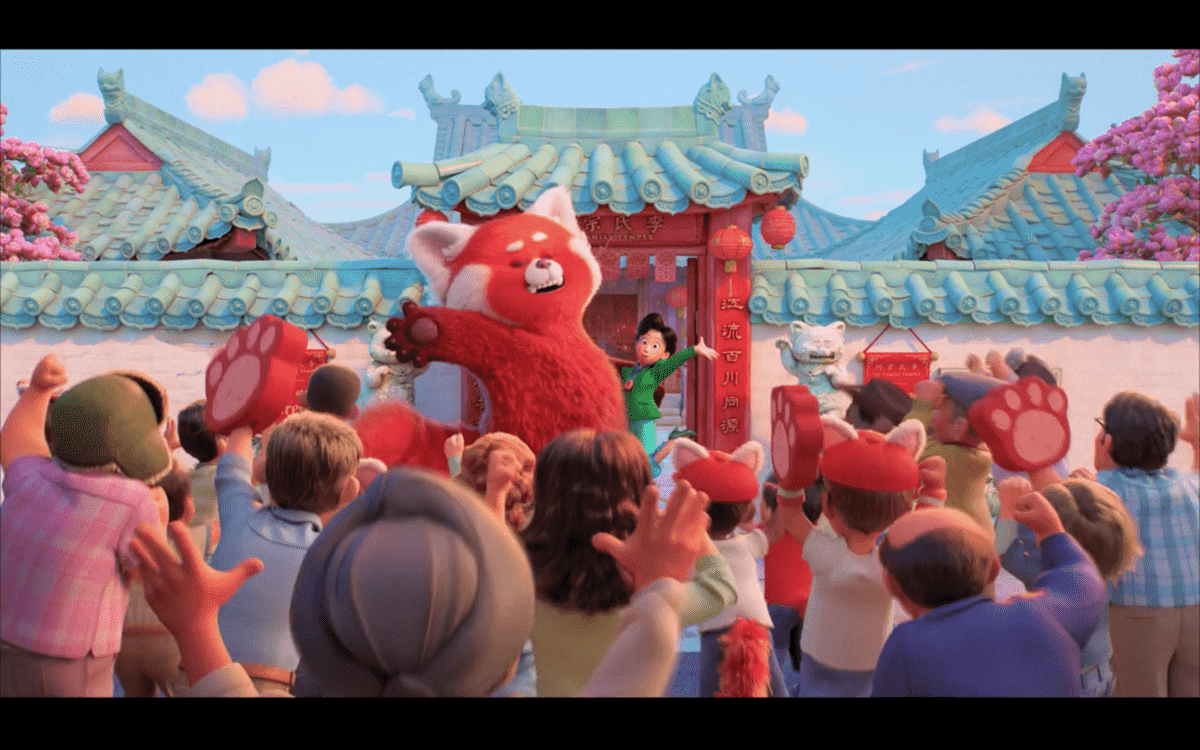 Are you interested in this Magic Shot with Meilin from Turning Red at this Parisian Disneyland Resort, and would you dress up in 2002 styles from Mei’s adolescence in a new way to reference the famous early-2000s fashion and cultural trends that this new Disney movie has brought back to life? 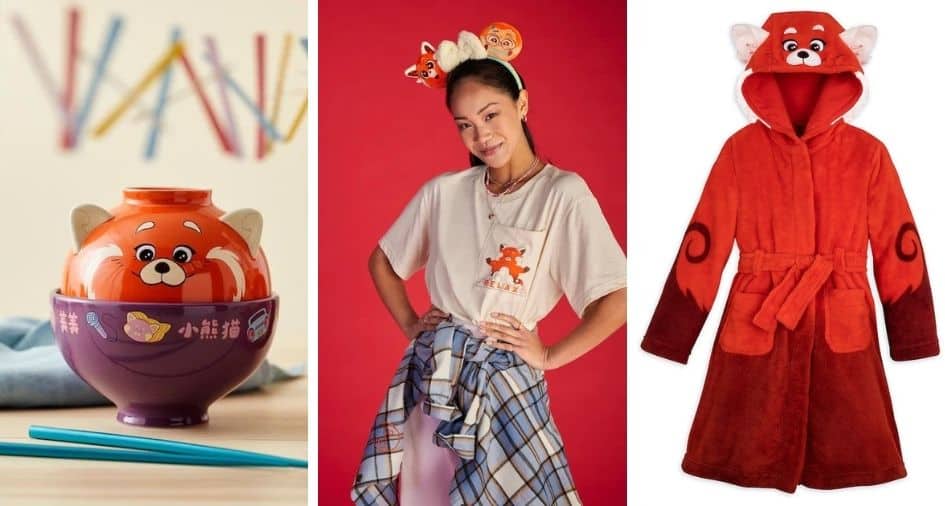 ‘Turning Red’ merchandise, available now on shopDisney so you can represent Mei Lee at home!

Would you like to see this particular Mei Lee photo op in Walt Disney World Resort or Disneyland Resort, too? Which Florida Disney Parks do you think would fit Turning Red characters the best: the Magic Kingdom, EPCOT, Hollywood Studios, and/or the Animal Kingdom?