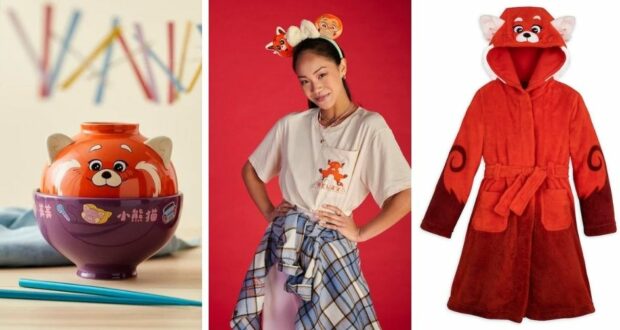 Becca Goldenberg, a Communications Specialist for Disney Parks Experiences and Products, shared on the Disney Parks Blog that merchandise for Turning Red (the new Pixar animated film that is “a coming-of-age tale like none you’ve ever seen”) is now available in tandem with its release on Disney+! The Pixar movie follows a 13-year-old girl named Meilin Lee, who is also known as Mei and turns into a giant red panda whenever she is excited or agitated.

If you saw the movie now that it’s streaming and you loved the unique imagery in the film, now you can channel Mei (and the styles of 2002, which is the year when the movie took place) with brand-new merchandise from Walt Disney World Resort, Disneyland Resort, and retailers like shopDisney! There was a very distinct style back in 2002, which many viewers of the new Pixar movie will recognize, and the premiere of Turning Red means that those styles are coming back! Prepare for flannels, Tamagotchis, boy bands, and plenty of headbands! The plaid flannel shirt shown above is a new offering on shopDisney that will work perfectly for anyone who is itching to represent their connection to Meilin, Turning Red, or the early 2000s. It will also be coming to Disneyland Resort and Walt Disney World Resort soon!

When you come home from a long day at work (or a long day surviving middle school as a red panda), you can then unwind in this indulgent Mei Lee robe and a pair of Mei Lee slippers (shown below)! The robe is just available on shopDisney for now, but will come to Disneyland and Disney World soon, while the slippers can already be purchased at all three locations! 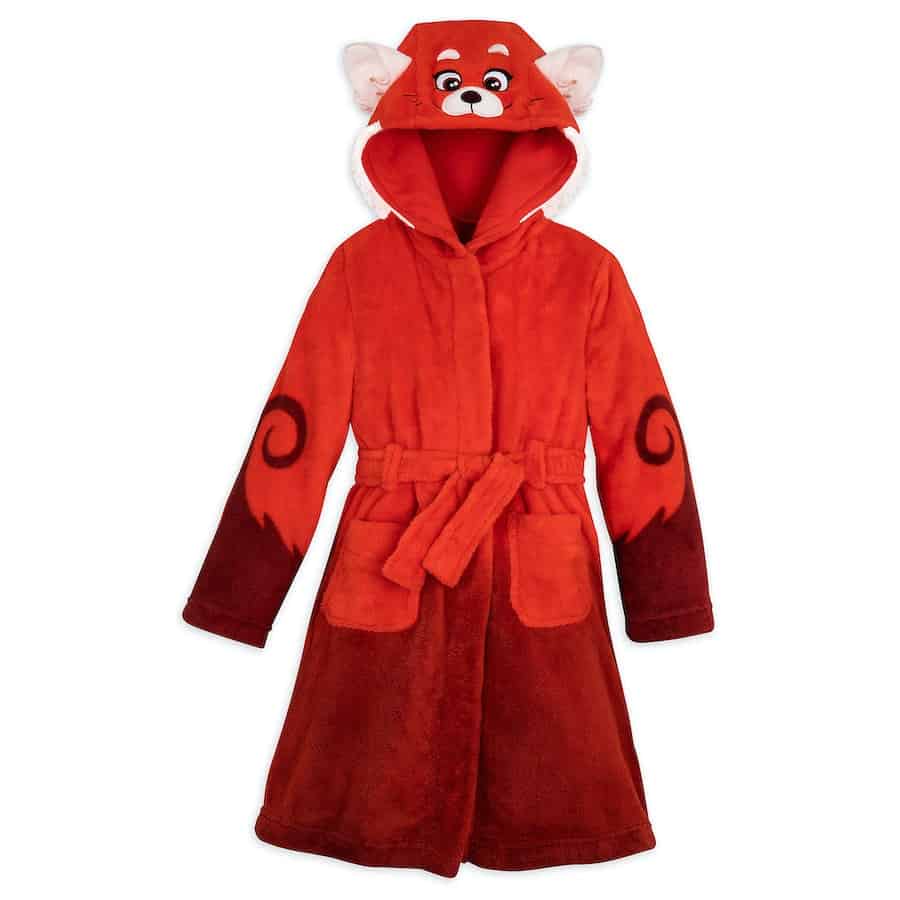 Next up is some cutesy red panda crockery! Disney fans who found themselves drooling while looking at the food in the animated film will enjoy this red figural mug and noodle bowl, both of which are coming soon to Disneyland Resort, Walt Disney World Resort, and shopDisney.com. 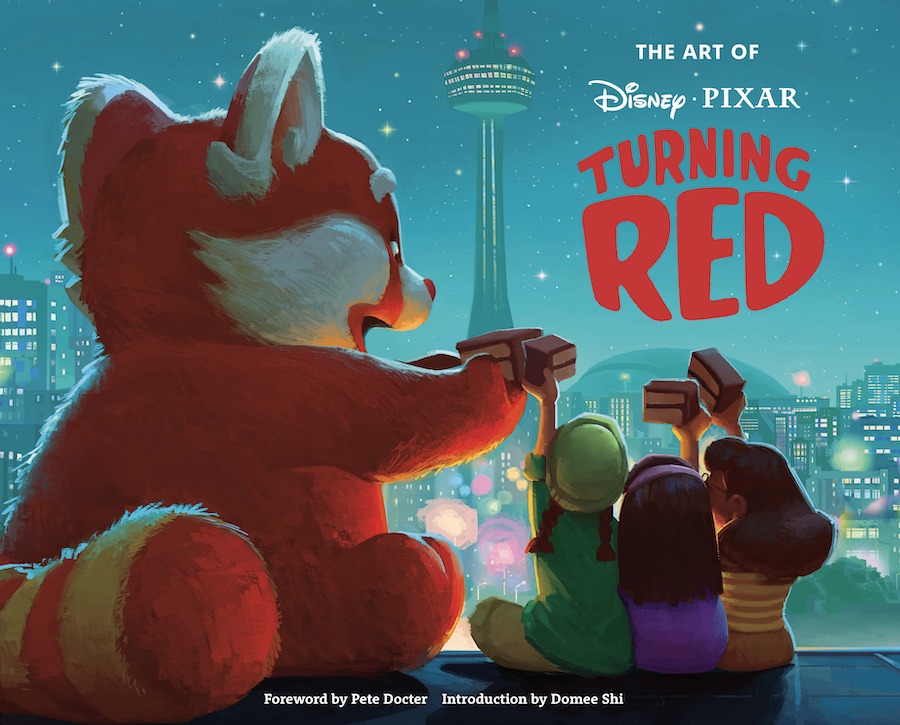 Adult fans of Pixar Animation Studios might want to buy the new book “The Art of Turning Red”, which brings readers “behind the scenes” to enjoy some of “the magic of Disney and Pixar”. This book includes stories about the making of the movie, including production art!

To check in with yourself day to day in a humorous but helpful way, try out the new Mei emojis on Disney Emoji Blitz! Be sure to log in before March 14 to unlock those new emojis.

Mobile game fans who enjoyed Turning Red and identified with Mei Lee can also play Mei in the mobile game Melee Mania! According to the Disney Parks Blog, this game brings you to a “3v3 multiplayer battle arena starring our very own Mei and some of your favorite characters from Pixar and Disney animated films”!

If you prefer the mobile game Disney Sorcerer’s Arena, you also have until the end of March 12 to get the Red Panda Mei Talisman and, possibly, a Ming Lee talisman!

Turning Red takes place in Canada and stars veteran actors like Sandra Oh and James Hong, as well as newcomers like Rosalie Chiang (who plays Mei) and Disney Channel alumni like Jordan Fisher. Have you watched Turning Red now that it’s streaming on Disney+? Did the movie’s aesthetic inspire you to look back through your memories and memorabilia from 2002?