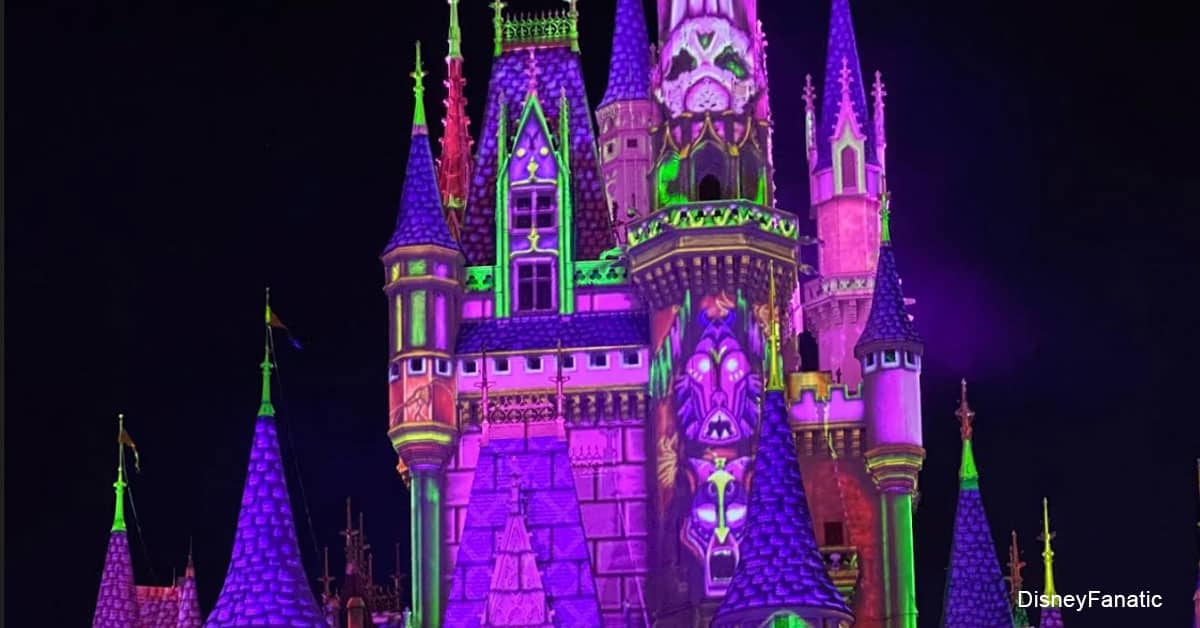 With a ticket to event, guests can gain access to Magic Kingdom three hours prior to the start of the event.  The event begins either at 9 PM or 10 PM, so you can get in as early as 6 PM.  We would encourage guests to arrive early so you can get into the park, grab a specialty park map to know what is happening and where, but also to sneak in a ride or two and experience Happily Ever After before the party even begins!  Guests arriving early can also make FastPass+ selections since you won’t be able to during the event (not that you’ll need them — during the event most attractions are walk on)!

A new addition this year, the Villains Cursed Caravan is your opportunity to see some of your favorite villains up close as the accompany Maleficent the Drago throughout the park.  Running twice per night, the Cursed Caravan features Captain Hook, Oogey Boogey, the Queen of Hearts, Ursula (with Flotsam and Jetsam), Gaston (on horseback), Cruella De Ville, as well as Lady Tremaine, Drizella and Anastasia.  The Cursed Caravan follows the similar route as the Festival of Fantasy Parade, so you’ll want to make sure you plan to find a spot during one of the showings!

Guests are also treated to special theming in two attractions during the event.  At Pirates of the Caribbean, guests should be on the lookout for live actors added to the queue and the attraction itself.  It is an amazing and fun addition to the attraction.  Over in Tomorrowland, guests brave enough to climb aboard Space Mountain will experience the ride in the complete dark — gone are the comets, stars, and planets.  In addition, guests will contend with a seriously spooky soundtrack as opposed to the normal music played throughout the attraction!

The positives definitely outweigh the negatives in this event, but the one thing that we wish Disney would change would be to have special character interactions throughout the park — similar to what they have during the Halloween and Christmas parties.  The Villains do not have a strong presence in the parks, so special events are one of the few times that we can interact with them.  Disney encourages guests to dress as if they were inspired by their favorite character, so it would be great to snap a picture with your doppelgänger during the event!

Have you checked out the Villains After Hours event?  Will you?  What do you think is the most exciting part of this event?

Editor’s Note: Tickets were provided by Walt Disney World to attend the event free of charge to the writer.