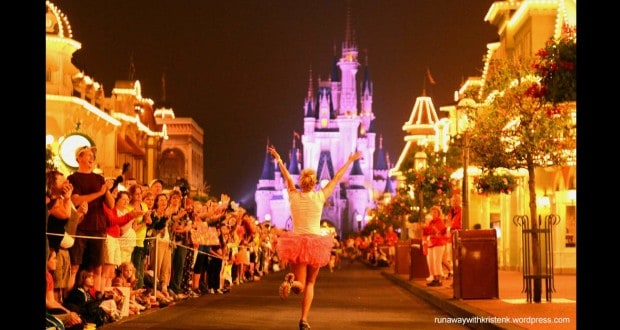 A short while ago, kind of on a whim, my fiancée and I decided to sign up for a runDisney event. We had initially wanted to do the final Expedition Everest 5K Challenge, but it sold out too quickly. When the Annual Passholder Pre-Registration opened for the Walt Disney World Marathon Weekend, we were ready to go. After briefly flirting with the idea of doing the Half Marathon, we decided that the 10K would be a good introductory race. As I research and learn more about the runDisney events, I have discovered a lot to be excited about. Here is the list of the top 7 things you can look forward to if you decide to run a runDisney event!

7 – runDisney Expo – during the days leading up to and during the race weekends, Disney puts on an expo where guests can purchase running attire, shoes, and anything else that you could think of needing. For the events at Walt Disney World, these expos are held at the ESPN Wide World of Sports Complex. I am not a runner by any sense of the word, but I am looking forward to checking it out and possibly picking up a new hobby!

6 – Free Stuff* – we included the asterisk because it is included in your registration cost (which for the 10K was $110/person), but when you pick up your registration packet, you also get a race t-shirt, an official event guide, personalized running bib, timing device, refreshments, and, of course, a medal! Much like there are people who collect pins, t-shirts, or plushes, some people collect runDisney merchandise.

5 – You Get to Run Backstage – some of the race courses take runners through backstage areas that you do not get to see on a normal day at Disney. For example, in looking at the race track for the 10K, it appears that I am going to be able to see backstage between Norway and China. An easy Google search will reveal the race track so you can excited for the areas you may to get to see on your race!

4 – Character Interactions – Disney stocks the race course with a multitude of characters to cheer on runners, but also to be there as a distraction when runners need a break. While the Fab Five and other common characters are there, this can also be your opportunity to see rare characters. Examples include Pocahontas, John Smith, the County Bears, and Tweedle Dee and Tweedle Dum. It is a roll of the die as to who will show up, but you definitely need to make sure to build some time into your race so you can stop and take pictures with some of your favorites!

3 – You Get in Shape – when signing up for any of the races, runDisney informs you that you need to be able to maintain a 16:00/mile pace. It is definitely recommended that you do some training in preparation for your race. There are multiple apps that are geared towards people who decide to run a race. I am currently using the Couch to 10K app that is helping to build up my endurance to be able to (hopefully) continuously run for the entire 6.2 miles of the race!

2 – Disney Before Hours – most of the runDisney events begin early in the morning. The 10K, for example, starts at 5:30 AM at Epcot. Runners must be in their corrals in the Epcot parking lot far before that. From what I have read, Disney does their best to entertain guests and keep the mood festive and motivate them before the race begins. The various heats are started with small firework bursts being shot off. While in the parks themselves, you’ll get to see some of the architecture in the pre-dawn light and actually hear the wonderful background music!

1 – Party in the Parks – runDisney does put on specialty events after the races that require extra money, but I have had the opportunity to see all of the runners in the parks after completing their races showing off their medals from the race. Having everyone there celebrating certainly gives each of the parks an extra special bit of magic!

runDisney just announced the first international race to be held at Disneyland Paris next fall, as well as a Star Wars Dark Side race to be held in April of next year at Walt Disney World. With the runDisney universe expanding, now may be the time to check one of them out! What do you think? What is your favorite thing about a runDisney event?